Penny Haycraft sat next to a whirring projector in the middle of Le Cabanon, surrounded by more than 100 spectators who came out to support the Royal BVI Yacht Club’s …

END_OF_DOCUMENT_TOKEN_TO_BE_REPLACED 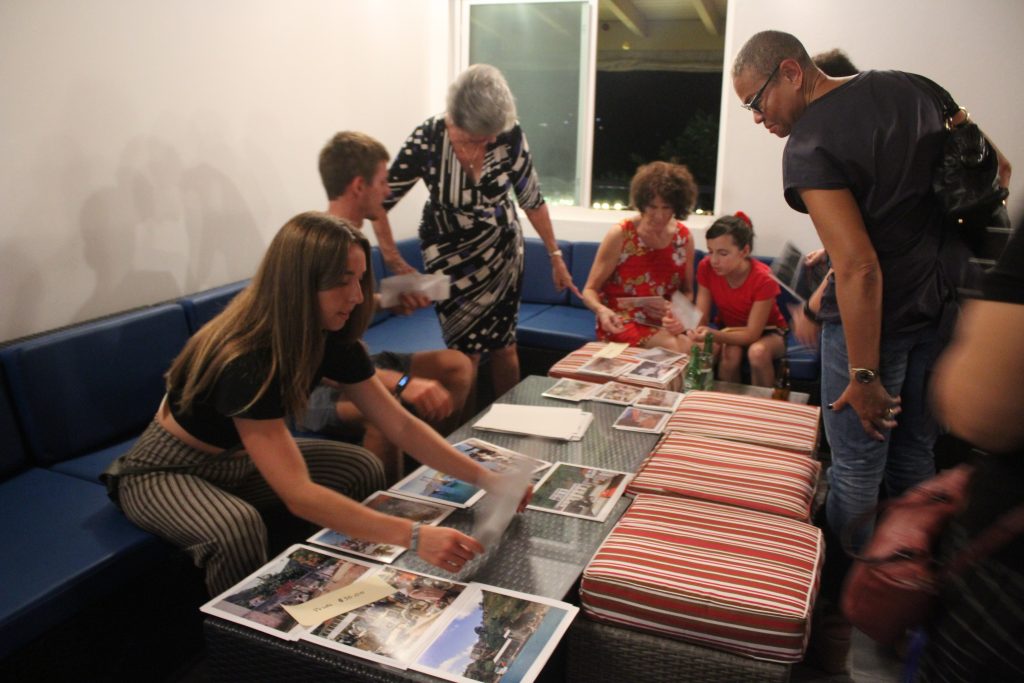 Penny Haycraft sat next to a whirring projector in the middle of Le Cabanon, surrounded by more than 100 spectators who came out to support the Royal BVI Yacht Club’s Youth Sailing Programme and catch her “Famous Old Tortola Slide Show.”

“Now, I thought it would be appropriate to start the show with a picture of the area in which we are sitting,” she said. “Where that boat is tied up there — that is approximately where the VISAR station would be. This was all mangroves, and it was referred to as the cleaning hole.”

Over the course of about two hours, Ms. Haycraft shared dozens of photos of the Virgin Islands, which were taken beginning in the 1950s.

She reminisced on the times before Road Town had paved roads, before there was a car park across the street from the Government House, and when people had to pull themselves and their vehicles across the water to Beef Island on a floating dock.

Others watching the show, like Edward De Castro, agreed that a lot has changed since then.

“Change will come: I don’t think you can stop it,” he said.
But gathering to go through old pictures was his chance to “reminisce.”

During an intermission, Mr. De Castro approached Ms. Haycraft to ask for a print of one of the photos showing the area of his neighbourhood. She obliged, and chatted amongst friends who also came to the show.

Her grandson helped sell prints of some of the photo- graphs during an intermission. Attendees donated $10 each for the show, all of which went to the yacht club’s Youth Sailing Programme.

Ms. Haycraft arrived in the territory with her husband Peter in the 1960s, and she began taking pictures of the area to show her adopted home to her family back in England.

Over the years, Ms. Haycraft has augmented her own collection with photographs from friends.

She puts together slideshows at the request of any organisation or group that requests it, and she is planning another one soon.

It takes time for her to pick which slides to showcase, as she caters to her audience, she said.

The last time Ms. Haycraft put on a show before this one was four years ago.

Many attendees were excited that the show returned, and she hopes that more people will come and enjoy a glimpse into the past.