Young archers carefully aimed before releasing their arrows under the direction of instructors during one of the many activities at the third annual sports festival recognising Olympic Day. Residents of …

END_OF_DOCUMENT_TOKEN_TO_BE_REPLACED 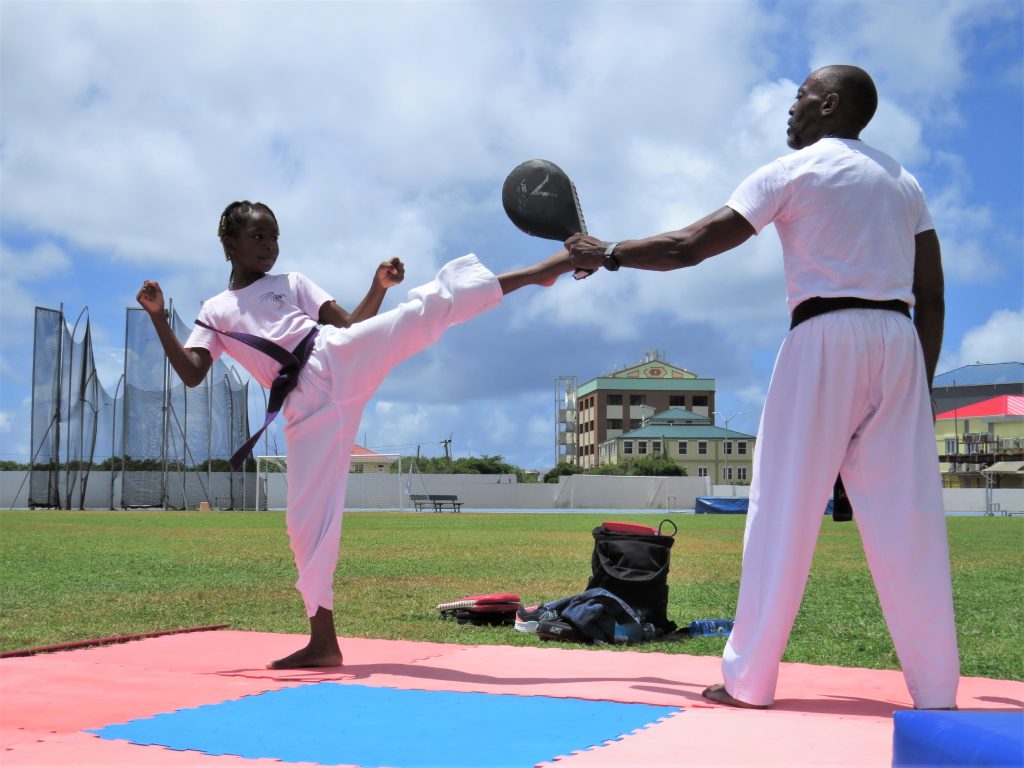 The BVI Olympic Committee hosted its third annual sports festival on June 25 in honour of Olympic Day, welcoming anyone to try activities including archery and taekwondo. (Photo: DANA KAMPA)

Young archers carefully aimed before releasing their arrows under the direction of instructors during one of the many activities at the third annual sports festival recognising Olympic Day.

Residents of many ages joined in the fun at the A.O. Shirley Recreation Grounds on June 25, testing their abilities in archery, taekwondo, basketball, baseball, track and more.

They also had opportunities to meet some of the elite athletes who will be representing the Virgin Islands in coming competitions.

Last year, despite an uptick in Covid-19 cases in the territory, the VI community celebrated the history-making moment when two of its Olympians made it to the finals. Hurdler Kyron McMaster and long jumper Chantel Malone both competed in the 2020 Olympics in Tokyo last year.

BVI Olympic Committee President Ephraim Penn said organisers of the June 25 event wanted to offer activities that would open children’s eyes to all the possibilities they can pursue, perhaps one day representing the VI internationally.

Fans have plenty to look forward to this year with the Caribbean Games starting in Guadeloupe this week and the Birmingham 2022 Commonwealth Games starting July 28.

“For the first time ever, we also have women’s basketball representing us at a major game,” Mr. Penn said, noting that VI players will be competing on both international platforms.

Team member Joy Victor said the players hope to rise to the occasion. She added that especially on a day like the sports festival, where she got to meet many young women in training, the team hopes to inspire others.

Shonell Peters, a student from the Boynes Taekwondo Academy, said the group appreciates getting to demonstrate the Olympic sport of taekwondo.

Though no one from the VI has yet competed in the sport at that level, she was hopeful that with consistent training one of the young students may make it to the international stage someday.

“We’re really glad to see kids out and having a good time today,” she added.