As a result of investigations into the Elmore Stoutt High School perimeter wall project, Kelvin Thomas, of Chalwell Estate, has been charged with obtaining property by deception, making a false …

END_OF_DOCUMENT_TOKEN_TO_BE_REPLACED 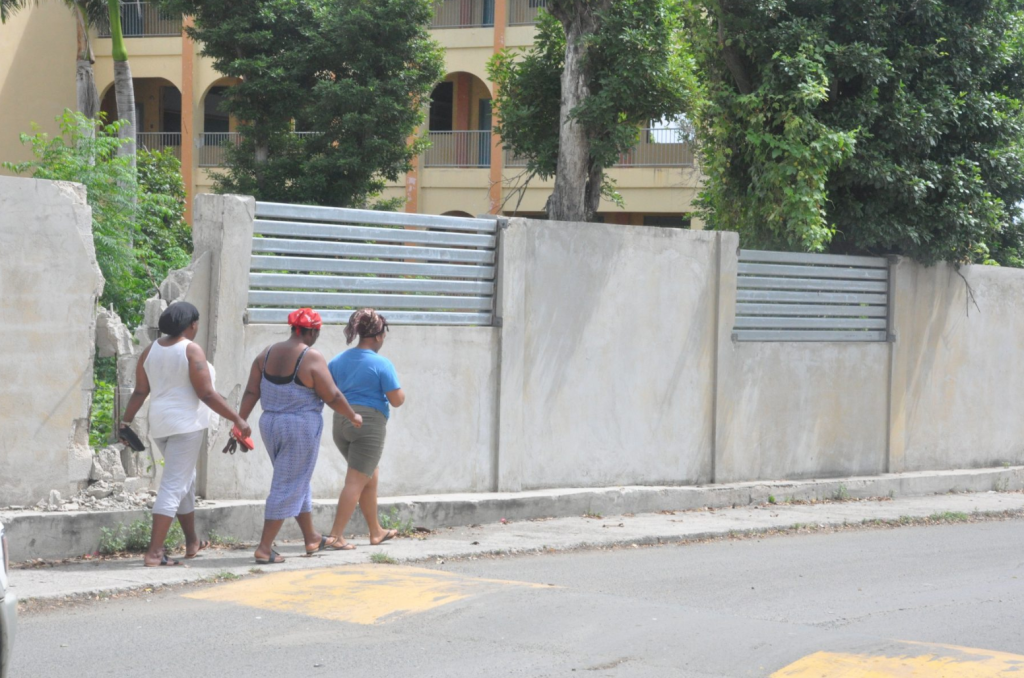 As a result of investigations into the Elmore Stoutt High School perimeter wall project, Kelvin Thomas, of Chalwell Estate, has been charged with obtaining property by deception, making a false statement to a public officer, and possession of the proceeds of criminal conduct, Police Information Officer Diane Drayton announced on Monday.

Ms. Drayton added that the 55-year-old was granted police bail to appear before Magistrates’ Court at “a later date,” and that police also interviewed and released other people pending further investigation.

In 2019, police launched a formal investigation into the unfinished wall project, which was spearheaded in 2014 and 2015 by then-Education and Culture Minister Chairman Myron Walwyn.

Mr. Walwyn has defended the project, but a 2018 report by the Office of the Auditor General alleged that it violated the Public Finance Management Regulations.

By 2020, the police investigation had been passed on to the director of public prosecutions, who was tasked with deciding whether to prosecute, then-Police Commissioner Michael Matthews said at the time.

“[DPP Tiffany Scatliffe-Esprit] will give advice on whether the evidence reaches the threshold for a criminal prosecution,” Mr. Matthews explained that year.

But last year, the police investigation itself was probed, Ms. Drayton stated on Monday.

“In 2021 a specialist investigative team was appointed to conduct a full review of the investigation conducted by the police in 2020 into the Elmore Stoutt High School perimeter wall project,” she explained. “This was to ensure that all instructions and further actions requested were complied with and that there was a thorough and fair investigation.”

“The [police force] believes that all suspects, accused, victims and witnesses have a right to due process and a right to a fair trial,” she added. “Therefore, the force will neither issue any further comments on this matter at this time nor entertain queries on this ongoing investigation.”

Attempts to reach Ms. Scatliffe-Esprit were not immediately successful.