Local News > One month after Irma

One month after Irma

The territory is now exactly one month into what history lessons will doubtlessly refer to as the “post-Irma” period of the Virgin Islands. Public and private recovery efforts have expanded …

END_OF_DOCUMENT_TOKEN_TO_BE_REPLACED 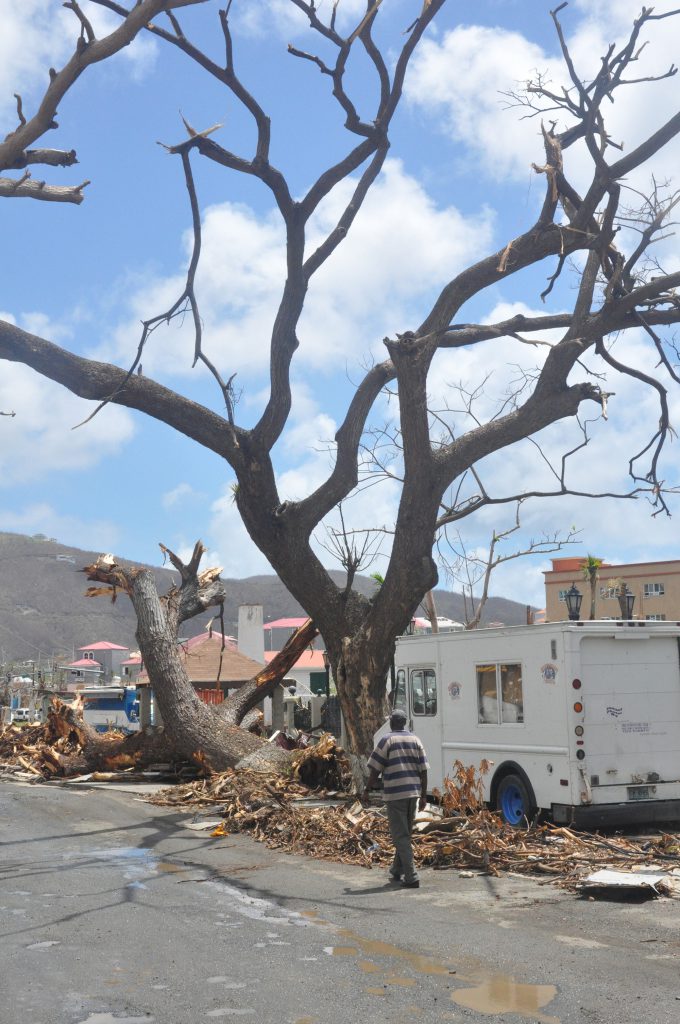 The Department of Disaster Management’s more recent report assesses damage to the territory wrought by Hurricane Irma, including trees and other aspects of the natural environment. Photo: FREEMAN ROGERS

The territory is now exactly one month into what history lessons will doubtlessly refer to as the “post-Irma” period of the Virgin Islands.

Public and private recovery efforts have expanded and reached new areas of need. More government services have resumed, and additional businesses reopen their doors each day. Some children have returned to school.

But as the crawl to normalcy continues, the losses also become clearer.

DDM reports that Irma’s overall fatality count is four, contrary to what government officials have been consistently saying was five.

The report also states that 126 people reported to the hospital with injuries due to the storm.

As anyone who’s stepped foot on the Virgin Islands in the last month knows, the hurricane also caused catastrophic damage to personal homes: Nearly 600 were destroyed, and an additional 731 remain too damaged to be inhabitable, according to DDM.

Nearly 3,000 other dwellings also sustained some form of damage but remain livable.

DDM also provided some details about the extensive damage done to the territory’s vegetation.

“Trees in coastal areas suffered the most damage,” the report read. “Single standing trees have mostly been uprooted. It is unclear at this stage how many trees will recover as only a few have sprung new leaves in the post-Irma period.”

That vegetation served as a “critical protection system for beaches and an important source of beach shade,” the report stated.

Mangroves reportedly retained their roots but were “severely” impacted.

The territory’s marine environment was also battered: Reefs and seagrass beds suffered physical damage from powerful waves and sedimentation damage from extensive flooding, according to DDM.

Additionally, Irma packed the VI’s ghuts with debris, increasing flooding risks in the future. Work is actively being done to clean them, the report stated.

Government has agreed on an alternative waste distribution plan that involves establishing two sites — the East End Festival Grounds and Cox Heath — for dumping galvanised and debris, according to the DDM report. The Pockwood Pond waste incinerator was damaged during the storms and needs to be repaired.

The report also stated that “regularised waste collection” is at 90 percent and the removal of all waste is ongoing. The United Kingdom’s Department for International Development promised to purchase the heavy machinery needed to handle bulky waste, the report added.

Pockwood Pond’s power plant has been restored, and parts of Road Town are getting electricity. Pipes are being inspected for leaks to restore water throughout the territory, according to the report.

The BVI Electricity Corporation’s substation in The Valley, Virgin Gorda has power, as does the power grid in Anegada. The report estimates that 40 percent of The Settlement has power.