While government has ordered all of the territory’s schools and daycares to close until at least April 20, students will bring their learning home by using various online instruction platforms, …

END_OF_DOCUMENT_TOKEN_TO_BE_REPLACED 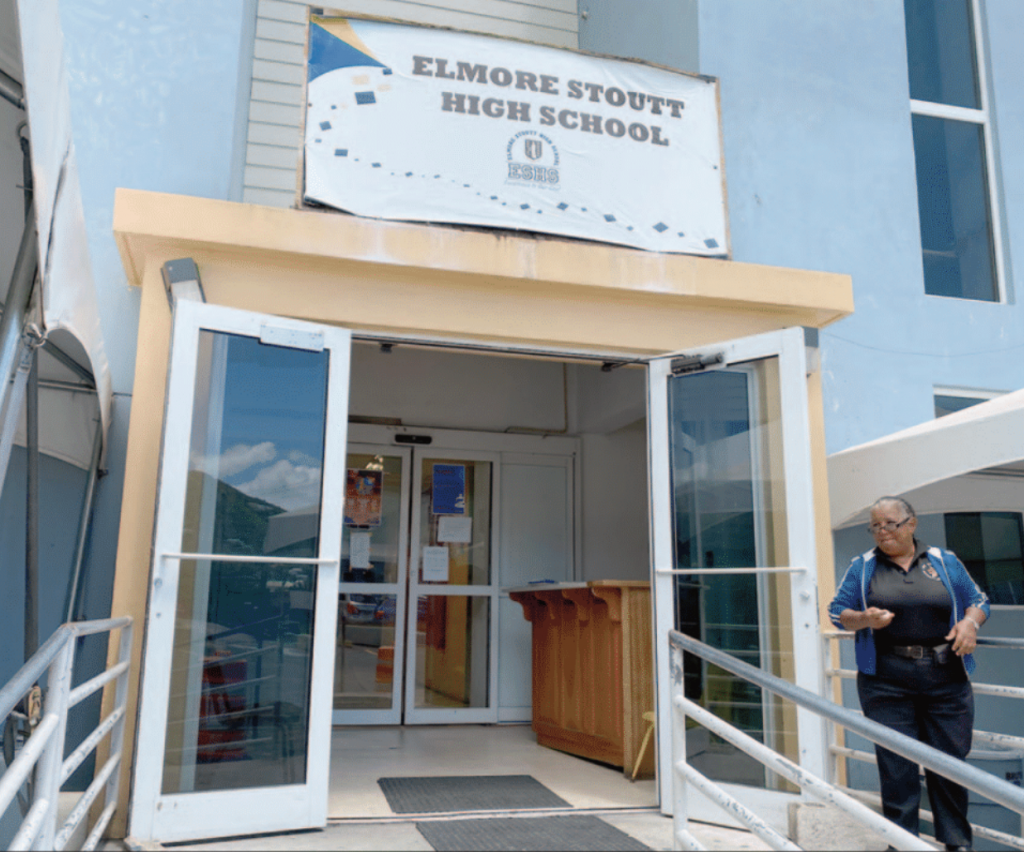 The temporary Elmore Stoutt High School in Pasea, like other schools across the territory starting last Thursday, was empty of students Wednesday afternoon. Online lessons continue, however. (Photo: DANA KAMPA)

While government has ordered all of the territory’s schools and daycares to close until at least April 20, students will bring their learning home by using various online instruction platforms, according to Education, Culture, Youth Affairs, Fisheries and Agriculture Minister Dr. Natalio “Sowande” Wheatley.

Even after government announced the closure on March 17, teachers were mandated to report to work so that they could prepare learning packets designed to reinforce concepts taught over the course of the term, Dr. Wheatley explained in a March 18 statement.

“She thought it was going to be a vacation until all the assignments started rolling in,” Ms. Dunkley joked.

But the transition has not been particularly jarring because her class already used the programme Google Classroom even before the shutdown, the mother explained.

As a result of the school closures, administrators have had to reschedule some of the end-of-term and end-of-year tests as well, Dr. Wheatley stated.

The ministry will move the Exit Proficiency exams to Trinity term but expects to hold the Key Stage Assessments on June 12 as is currently scheduled, according to the minister.

“When it comes to regional examinations, the Caribbean Examinations Council is working on establishing the most suitable time for CPEA, CSEC, and CAPE exams,” Dr. Wheatley said, adding, “This information is currently being finalised and will be released in a few weeks.”

If government decides to keep the schools closed after Easter Break concludes on April 19, officials will then make plans to continue with online learning, Dr. Wheatley said.

To continue their instruction while schools remain closed, teachers are encouraged to turn to a number of online learning platforms, including Cisco Webex, Class Dojo, Google Classroom, and Flow Study, a platform that specialises in preparing students for CSEC and CAPE examinations, Dr. Wheatley said.

The Department of Information Technology and the ICT Unit in the Ministry of Education and Culture will train teachers in using Cisco Webex starting this week, and it is finalising trainings for the use of Google Chromebooks and Google Classroom, according to the minister.

At Cedar International School, teachers are giving digital classes through Zoom and other programmes, and the principal of St. George’s Primary School hosts a virtual assembly every morning, which students watch by tuning into an app on their phones Indira del Rosario, whose son attends St. George’s, said faculty have also been encouraging students to make and share videos on a variety of subjects.

Ms. Dunkley welcomed the opportunity to spend time with her children at home, but like other parents she said there are some drawbacks to the new arrangement.

“At the same time, you understand the importance of having your own time too,” she said, adding that she misses some of the freedoms that are restricted by government preventive measures, like going to church.

However, she recognises that keeping children home is the safest thing to do, especially given that her son attends pre-school at First Impressions.

“If someone in his class has a cold, we all get it,” Ms. Dunkley said.

Ms. del Rosario spoke similarly. On the positive side, the extra responsibility has deepened her bond with her 9-year-oldson, she said.

But ensuring that he does his homework while balancing her own work and taking care of chores around the house has proven difficult, Ms. del Rosario said.

“Honestly, I don’t know how teachers do it,” she added.