Only one primary shelter named on DDM ‘interim’ list

The Department of Disaster Management has released an “interim” list of shelters that are available for use in case of an emergency during this month and next. Last week, the …

END_OF_DOCUMENT_TOKEN_TO_BE_REPLACED 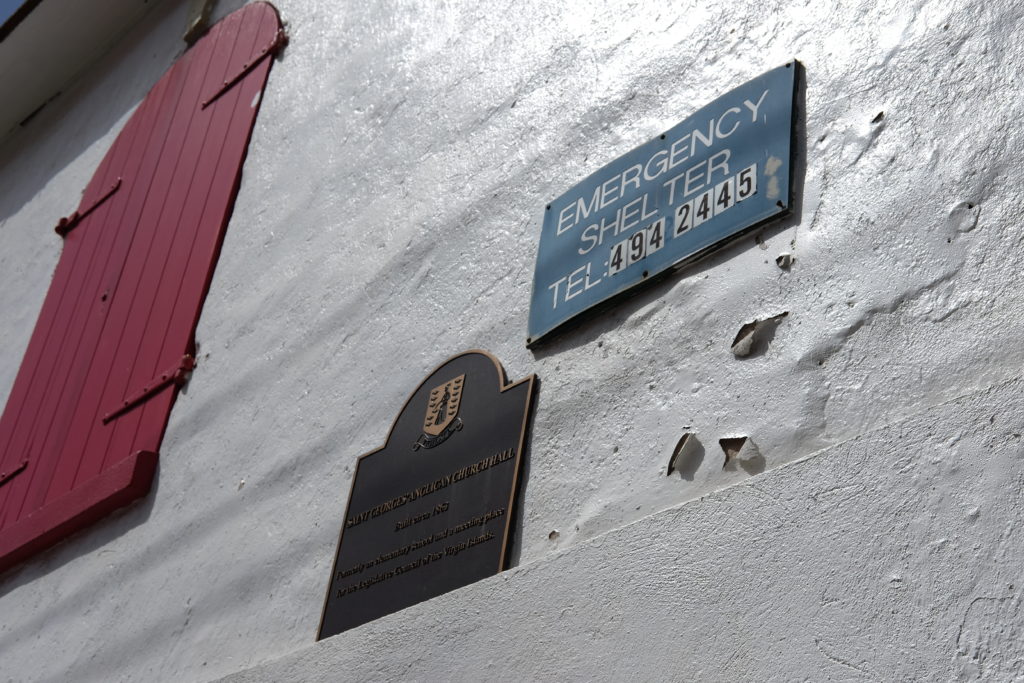 The Department of Disaster Management has released an “interim” list of shelters that are available for use in case of an emergency during this month and next.

Last week, the Beacon reported that government officials had not yet released a new list of shelters for the 2018 hurricane season, despite past promises that those details would be provided to the public on June 1.

On June 8, a few hours after the Beacon article was posted online, DDM published a listing of 19 updated shelter locations on Facebook.

Those shelters are “valid” through July 31, the list explains.

DDM Director Sharleen DaBreo noted in the social media post that the department “wanted to ensure that they were in a position to provide the proper assessment of the facilities.”

The New Testament Church of God in Baughers Bay is the sole “primary” shelter for June and July, while there are seven designated secondary shelters and 11 tertiary locations.

But according to the 2015 DDM Emergency Shelter Manual, the third shelter category — which is the designation given to more than half of the buildings on the new list — “would generally only be occupied after the [emergency] event.”

Secondary shelters, which are often school buildings, are also supposed to be structurally sound and can provide safe refuge, but do not have all the facilities listed above, the manual explains.

There are no shelters on the new list located in Road Town, one in Jost Van Dyke, four in Virgin Gorda and two on Anegada.

DDM reported last week that repair work is ongoing at other facilities not listed in the interim schedule.

DDM added that emergency shelters can be used for any hazards, not just cyclonic events like hurricanes and major storms. 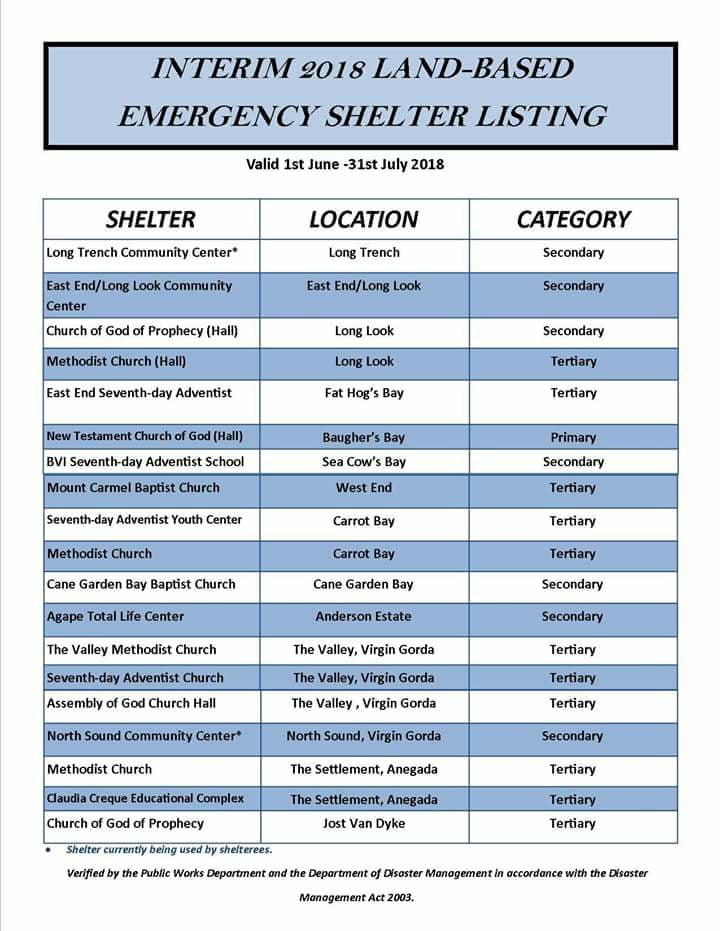