The day before government ministers announced wide-ranging plans to ramp up the COVID-19 response, opposition members urged them to do just that. “We have to ensure that on every single …

END_OF_DOCUMENT_TOKEN_TO_BE_REPLACED 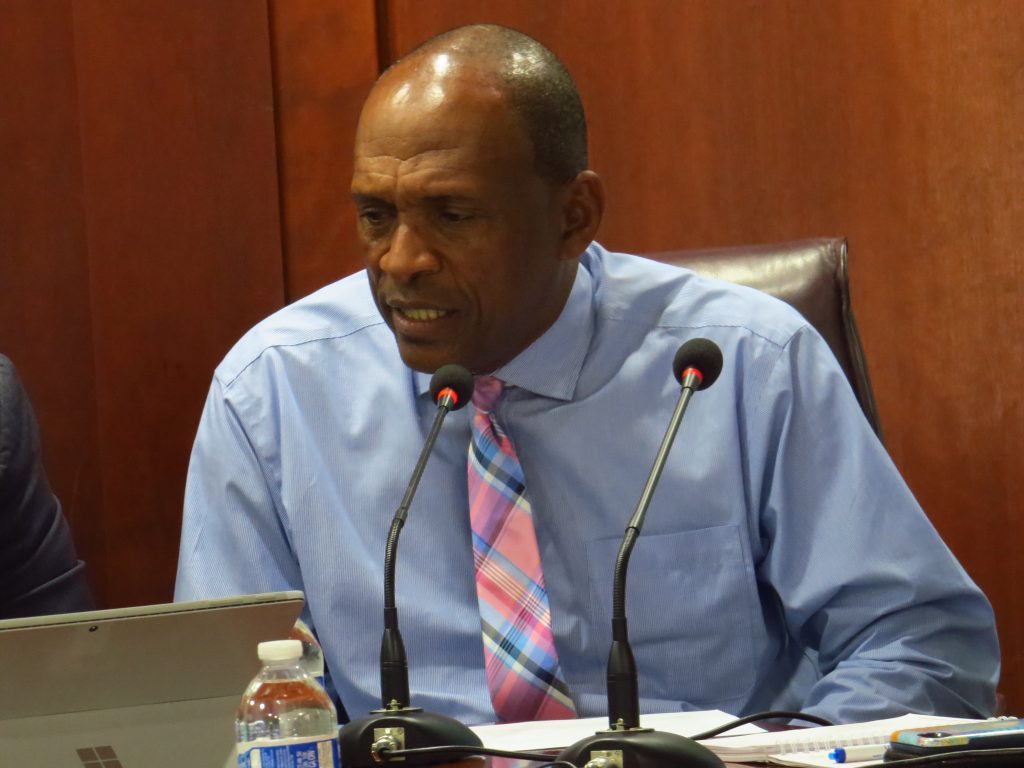 During a Monday press conference, opposition members including Fourth District Representative Mark Vanterpool (above) called for many of the same measures that the government announced the next day. (Photo: DANA KAMPA)

The day before government ministers announced wide-ranging plans to ramp up the COVID-19 response, opposition members urged them to do just that.

“We have to ensure that on every single level, as much as we can be prepared and prevent the spread of this disease, we have to do it,” Opposition Leader Marlon Penn said during a Monday press conference. “It’s about effecting it so that we can prepare.”

Opposition members called for the restriction of mass gatherings for the next 30 to 60 days; the closure of all public and private schools with the continuation of lesson plans at home and in virtual classrooms; and an increase in broadband speeds for telecommunications to accommodate an increase of re- mote work and education.

To disseminate information, Mr. Penn also proposed that official information go through all government social media handles and that graphics be integrated on all local news websites.

Additionally, opposition members asked for the enactment of a business continuity plan to “ensure government departments can be accessed remotely.”

To address the financial and economic impacts of the pandemic, Mr. Penn suggested that government issue food vouchers or give baskets of goods for more vulnerable populations like elderly citizens. He also called for the creation of a hardship fund to support vulnerable businesses.

Mr. Vanterpool expressed his support of the government’s Friday decision to turn away cruise ships for 30 days.

“We are in this together. We are not bashing the government; we are encouraging them,” Mr. Vanterpool said. “I know I call the premier when I think there’s something that needs to be done.”

He said that he spoke with the premier about the school situation and that the premier said something would be decided about it soon. Opposition members, he added, often suggest actions that can be taken by government