Opposition members grilled Health and Social Development Minister Carvin Malone on the state of the housing recovery last Thursday in the House of Assembly, claiming that many residents are being …

END_OF_DOCUMENT_TOKEN_TO_BE_REPLACED 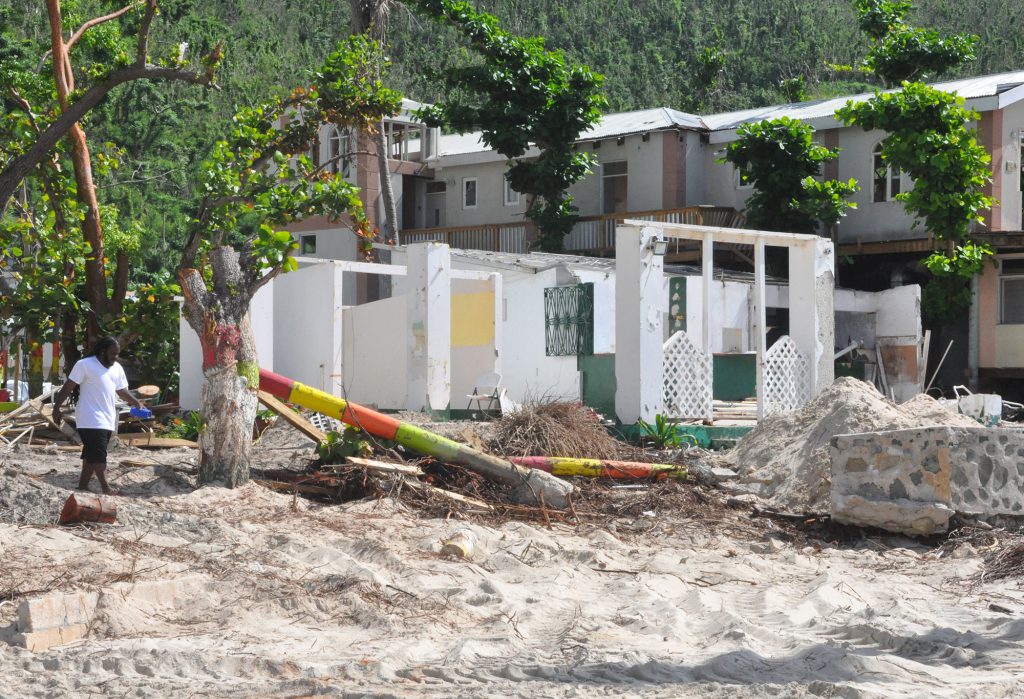 Health and Social Development Minister Malone said in a House of Assembly sitting that he could not provide a number of people still displaced from the 2017 storms. (File Photo: FREEMAN ROGERS)

Opposition members grilled Health and Social Development Minister Carvin Malone on the state of the housing recovery last Thursday in the House of Assembly, claiming that many residents are being left behind.

In response to questions from Opposition Leader Marlon Penn, Mr. Malone said he could not provide a number of people still displaced from the 2017 storms.

He did say, however, that 71 households have qualified for “social housing” under the Housing Recovery Assistance Programme, and that funding was made available to build 23 homes for those households, which are in various stages of completion. A list of the 41 of those households that have been approved since March was circulated to members last Thursday, but it hasn’t been provided to the press.

Mr. Malone said his ministry would reach out to assist applicants on the waiting list as more funding becomes available. He added that some displaced families are eligible to receive rent assistance through the Public Assistance Programme managed by the Social Development Department, and that households can also apply for building material grants between $5,000 and $7,500.

He also said that displaced residents are encouraged to submit an application to the HSD Ministry, which reaches out to “highly vulnerable” residents directly to help with the application process.

Applicants who meet the eligibility criteria for social housing are then ranked based on a “vulnerability score” that takes into account factors like income, disability, physical limitation, age, and current housing conditions, he explained, adding that this system is designed to ensure that the neediest households can be assisted with the limited amount of funds available.

“For people who are in dire need, we need to get this moving,” he said before acknowledging, “The system may not be as fast as we would like.”

In response, Mr. Penn urged that the housing recovery process be sped up.

“Persons are still coming to me daily wanting to know if the process changed, what’s happening, what they need to do to get some assistance, to get some help,” he said.

Mr. Malone responded that his ministry has been “working around the clock” to assist residents.

He later said in response to questions from Fourth District Representative Mark Vanterpool that in the past year Cabinet has approved several changes to the programme to allow the awarding of partial grants through the direct engagement of local contractors to allow more applicants to make their home watertight and complete plumbing works.

“There are those persons who require just a small amount of building materials and are prepared to provide the labour to put this in place,”he said. “We do not want those persons to be limited by the criteria for the additional [programmes].”

He added that a list of the grants that have been allocated under this system was included in the document provided to Mr. Penn, which has not yet been made available to the press.

The delay in issuing the grants, he said, was because the funding for the programme was originally placed in the “loan account” and it took time to repurpose the funds. Mr. Vanterpool also stressed the urgency of the issue.

“When you go to the ministry, you get some long answers,” he said. “In the meantime, the people I’m speaking about … have no place to sleep.”

Regarding a man who Mr. Penn said had been living at The Stickett in Long Look for months, Mr. Malone responded that the man had actually been living there for years.

He added that the Safe Haven Transitional Centre has been in contact with the man and his family, and that he has housing options both with his family and at the centre.