The BVI Health Services Authority is expanding Covid-19 testing to include people needing a test for travel or elective procedures, but at a cost that was not disclosed. Residents who …

END_OF_DOCUMENT_TOKEN_TO_BE_REPLACED 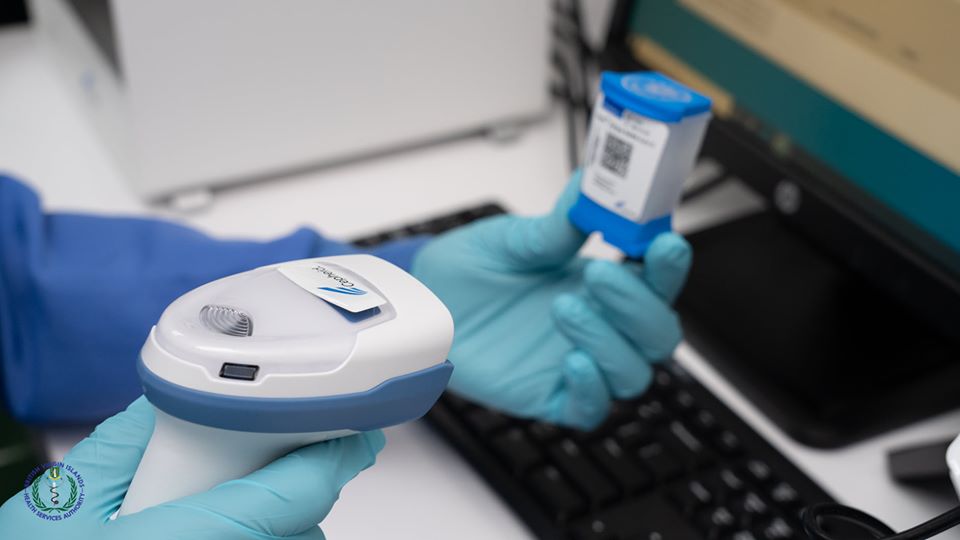 Testing has expanded to travellers who need to verify that they are Covid-19 negative, but they will be charged a fee. (Photo: PROVIDED)

The BVI Health Services Authority is expanding Covid-19 testing to include people needing a test for travel or elective procedures, but at a cost that was not disclosed.

Residents who want a test can now call the hotline at 852-7200 and request it a minimum of ten days in advance.

The decision marks a shift from recent weeks, when testing was focused mainly on identifying infected people, their close contacts and vulnerable populations.

“Identifying these persons and enforcing quarantine measures helped to stop transmission of the disease,” Director of Primary Health Care Dr. Natasha Frett explained on Friday. “The curfew restrictions also aided in control ling the movement of people and prevention of further transmission.”

The territory remains under a mandatory curfew between midnight and 5 a.m. daily at least until Wednesday, and beach hours are now relaxed to align with this general curfew.

“I am concerned that we are becoming complacent and we are not wearing our masks covering from our nose to our chin,” he said. “We are not washing our hands frequently when we are entering establishments.”

Business owners were reminded to adhere to safety measures in accordance with the Public Health (Covid-19 Control and Suppression Measures) (No. 2) Order 2020, including social distancing, hand hygiene and encouraging wearing face masks.

Meanwhile, the Pan American Health Organisation reported some 5.6 million confirmed cases in the Americas and Caribbean as of Monday.

During a media briefing Tuesday morning, PAHO Director Dr. Carissa Etienne said there were 735,000 new confirmed cases in that region last week “with an average of over 100,000 cases reported every day — nearly 20 percent higher than the previous week.”

A new pattern has also emerged, she said. Two months ago, she said, the United States accounted for 75 percent of the Covid-19 cases in the grouping. Last week, the US reported nearly half of all cases while Latin America and the Caribbean accounted for the other half. Brazil reported nearly a quarter of those cases, and Brazilian President Jair Boldonaro, who has downplayed the spread of the virus, announced Tuesday that he had tested positive.

Dr. Etienne has stressed the importance of remaining vigilant.

“We should all remain alert, but especially in places that have seen a recent acceleration of cases, as we’re seeing in several US states, most of Central America, and most countries in South America,” she said. “This is a pandemic of staggering proportions, and we have no option but to continue to put all our energy into controlling it.”

Dr. Etienne commended the resilience of the region’s healthcare systems and public compliance to health measures like staying home and wearing masks.

“This unprecedented effort was instrumental in keeping cases low early in the pandemic, thus earning us precious time to prepare our healthcare systems,” she added.

“The outbreak is accelerating, and we have clearly not reached the peak of the pandemic,” said World Health Organisation Director-General Dr. Tedros Adhanom Ghebreyesus.

This week, WHO-led experts will travel to China to try to learn how the disease jumped from animals to humans, he said.

Dr. Ghebreyesus also announced that the WHO has partnered with Facebook to provide Covid-19 information in a mobile-friendly format, making it easier for people in many countries to access “life-saving” information without data charges.