At Saturday’s Painkiller Cup, ‘A great bunch of people’

A blast from an air horn rang out, and the 29 people lined up on the beach at Sandy Cay grabbed their paddleboards, rushed into the water, and commenced their …

END_OF_DOCUMENT_TOKEN_TO_BE_REPLACED 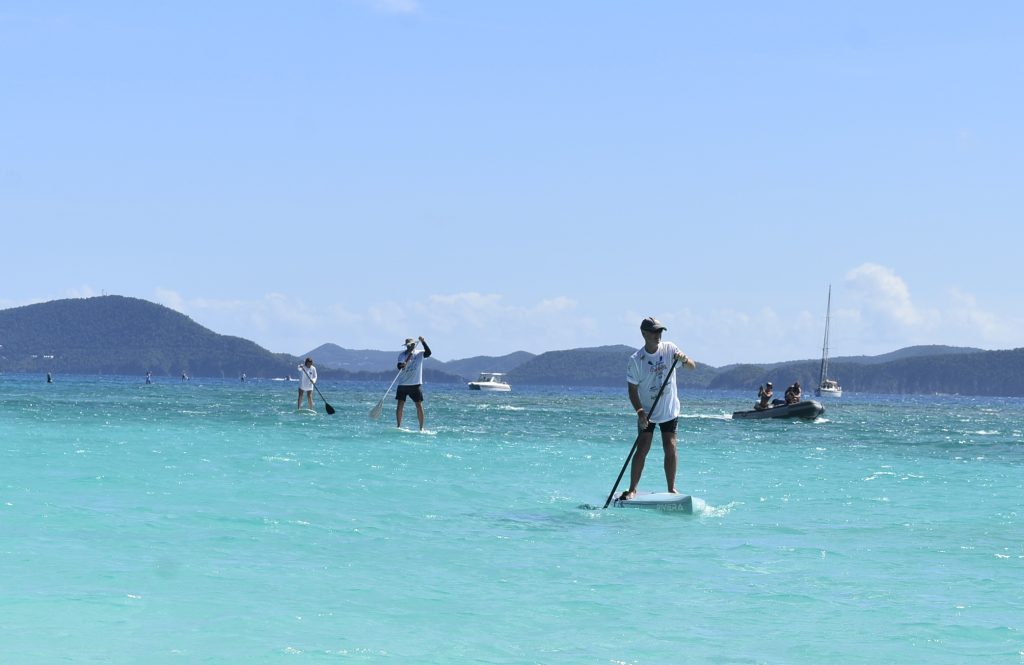 On Saturday, almost 30 people paddleboarded from Sandy Cay to Jost Van Dyke as part of the Painkiller Cup, which was scaled down from previous years because of the pandemic but nevertheless was described as a success. (Photo: JOEY WALDINGER)

A blast from an air horn rang out, and the 29 people lined up on the beach at Sandy Cay grabbed their paddleboards, rushed into the water, and commenced their race to White Bay, Jost Van Dyke.

Saturday’s 2021 Painkiller Cup had just started, and though the format was different than in past years and the roster included far fewer international competitors than usual, the sun was shining and the wind was blowing on the racers’ backs.

“It’s a beautiful day for a paddle,” lawyer Murray Laing said aboard the catamaran from Frenchmans Cay to Sandy Cay.

In previous years, the event consisted of a relay race from Trellis Bay to White Bay, with a contingent of paddlers from St. Thomas, Puerto Rico and further abroad competing alongside Virgin Islands residents for cash prizes.

Because of the coronavirus travel restrictions, the roster this year consisted mostly of VI residents and included more families than usual, and the cash prizes were replaced with branded goodies such as shirts and koozies, said Andy Morrell, who organised the race, now in its tenth year.

Despite these changes and a much more relaxed advertising campaign than usual, Mr. Morrell was happy with the turnout, and generally enjoyed this year’s different vibe.

“It was really cool to see so many families, … so many people racing with their kids,” he said. Another unexpected bonus to this year’s lower-key event was that White Bay, usually mobbed with tourists, felt like a private gathering place for the racers and their friends, Mr. Morrell said. “It was a treat to have it for ourselves,” he added.

After rushing off at the opening horn, the competitors swarmed around the boats bobbing offshore, with some losing their balance and falling into the water as the leaderboard started to take shape.

Some 15 minutes after leaving Sandy Cay, the racers were spread out, with the back of the pack almost out of sight from the front.

Strategies and mentalities seemed to differ from racer to racer.

Two women decided to double up, with one paddling while the other sat up front as they arrived at White Bay.

Some of the competitors closer to the back took a mid-race swim and snack break, while up at the front there were racers who wore looks of determination as they worked to overtake their competition.

As they glided onto the beach at Jost Van Dyke at the end of the race, they were cheered on by boaters in the harbour.

Although lawyer Johann Henry is an avid paddleboarder, Saturday was his first time competing in the Painkiller Cup.

On the boat ride to Sandy Cay, Mr. Henry felt as he always does before a race.

“I’m always nervous before any race … but also looking forward to having some fun,” he said. “It’s nice to paddle in a big group. There’s a feeling of community, notwithstanding it’s a competition.”

Mr. Henry started paddleboarding about four years ago after he saw someone doing it at Trellis Bay, he said.

“I was immediately struck, smitten, and I said, ‘You know what: I am going to do that,’” he added.

He has since started working with an instructor who helps him perfect his form, an investment that apparently paid off: On Saturday, Mr. Henry finished fifth.

For Mr. Laing, Saturday was his third time competing in the Painkiller Cup, and he noted the weather conditions, which were more favourable than during last year’s race, as one of the reasons he was excited to get the race under way.

Like many of his competitors, Mr. Laing was less interested in the competitive aspect of the cup than in the opportunity to paddle a beautiful part of the territory that he doesn’t often get to visit. Just as important, he said, was the “great bunch of people” paddling alongside. 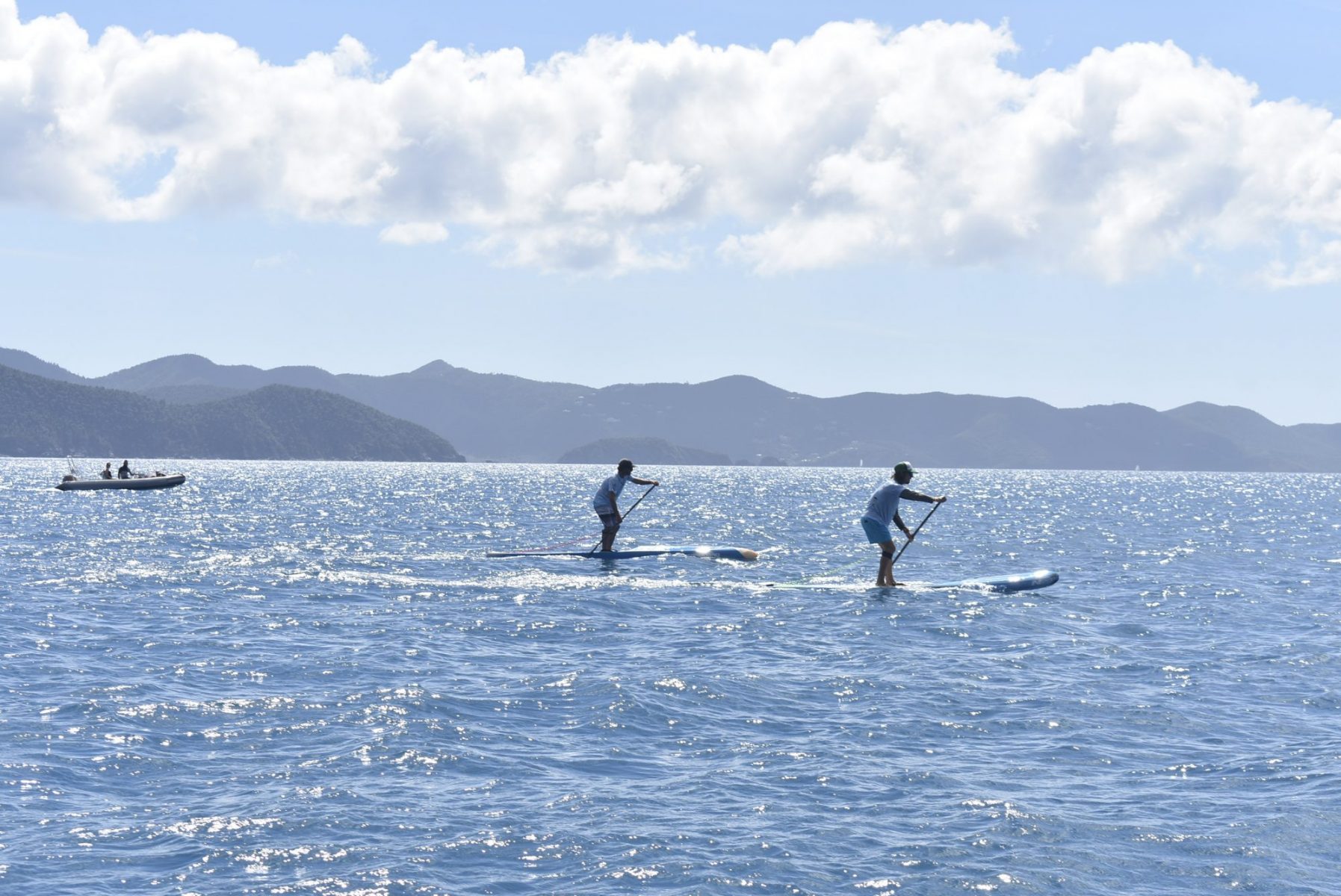