Though hurricane season is nothing new to most Virgin Islands residents, preparation work for it may look quite different this year. Governor Gus Jaspert offered a reminder that although the …

END_OF_DOCUMENT_TOKEN_TO_BE_REPLACED 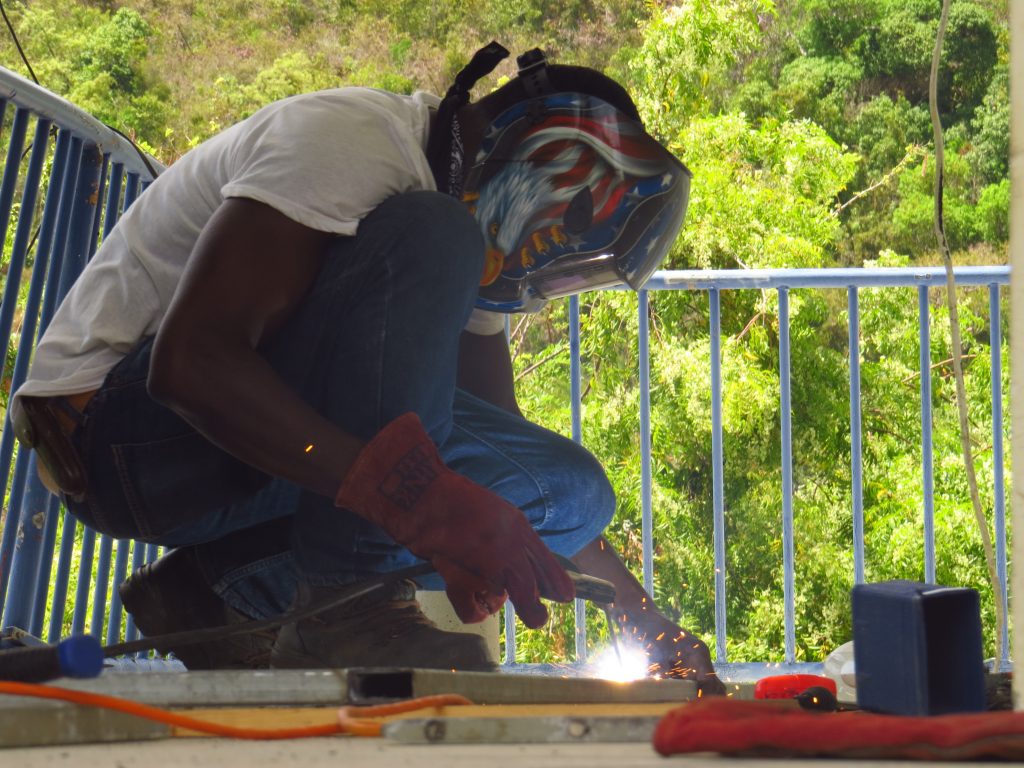 Desmond Phillips, a Department of Disaster Management facilities maintenance technician, assembles one of the more than a dozen emergency sirens that teams are distributing throughout the territory ahead of the 2020 Atlantic Hurricane Season, which officially beings June 1. (Photo: DANA KAMPA)

Though hurricane season is nothing new to most Virgin Islands residents, preparation work for it may look quite different this year.

Governor Gus Jaspert offered a reminder that although the Covid-19 pandemic has brought many social aspects of life to a halt, the 2020 Atlantic Hurricane Season starts on Monday.

“Early forecasts indicate that this season will be more active than the statistical average, although as we know already, it only takes one storm on our shores to have serious impacts,” he said in a recent statement.

The approaching season has the Department of Disaster Management working determinedly to solidify emergency communication networks in the territory. 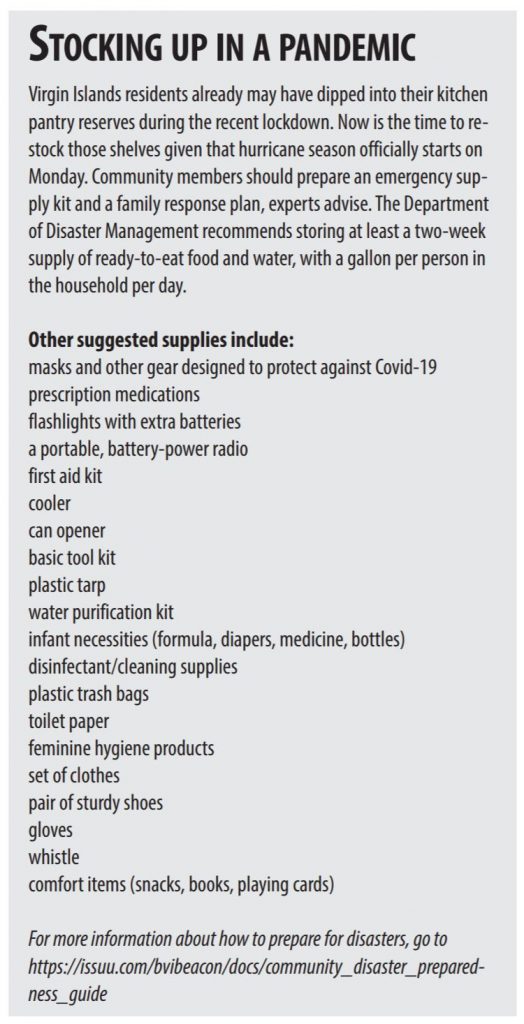 DDM team members are set to install emergency siren No. 14 this week, with three more to follow.

The new sirens, which are electronic instead of mechanical, are capable of delivering more timely addresses in the days leading up to a storm, according to DDM Emergency Communications Manager Jasen Penn.

“We did our first voice-activation test just last week,” Mr. Penn said while showcasing the new equipment being assembled at the previous department headquarters on McNamara Road that sustained heavy damage during Hurricane Irma.

The work of assembling the metal siren stands can be done in house, and Mr. Penn said technician Desmond Phillips can get one built every two weeks if not otherwise engaged.

“The season is coming up, so we’re moving as quickly as we can to get in the remainder,” Mr. Penn said.

He thanked both public- and private-sector partners for helping to get the system up and running.

Mr. Jaspert said his office and DDM are carrying out their readiness assessment ahead of the season, and he plans to hold meetings in the coming weeks to review the details. He added that improving communication systems with help from the United Kingdom is a top priority heading into the season.

“We’ve made sure that there are satellite phones and radio networks deployed across the sister islands, so we don’t face that scenario where we’re out of communications,” he said.

Leaders have already noted that this season brings an above-average level of predicted hurricane activity, as outlined last Thursday during a conference call hosted by the United States National Oceanographic and Atmospheric Administration.

NOAA forecasts that the Atlantic region will see 13 to 19 named storms with winds of at least 39 miles per hour, of which six to 10 could become hurricanes.

Three to six of those are likely to be major hurricanes, with winds of 111 mph or higher, the forecasters said.

“That means we need to be prepared for a scenario where we are dealing with Covid-19 and potentially dealing with a hurricane,” Mr. Jaspert said, also noting recent seismic activity in the Caribbean. “The important thing is that we are ready in every single area. That starts with individuals. Are you ready for any event?”

He said the usual emergency hurricane supply kits should also now include masks, hand sanitisers, and any other gear needed to prevent the spread of the coronavirus.

Communication and individual preparation efforts are key, but the governor

“We do know that we have some vulnerabilities … in our buildings that still need to be repaired and rebuilt,” Mr. Jaspert said, noting that the current downtown DDM headquarters are not ideal as the agency awaits the rebuilding of the National Emergency Operations Centre.

A team from Public Works Department also has been clearing out ghuts in preparation for stormy weather, Premier Andrew Fahie said in a May 13 press release.

DDM assessment teams are collaborating with the Ministry of Health and Social Development to check out the territory’s hurricane shelters and considering if new facilities need to be built to safely accommodate people in light of the coronavirus pandemic, Mr. Jaspert said.

Responding to a question about shelters already falling short of full capacity after Irma, he said teams are studying how to potentially bridge the gap with new or temporary shelters.

“That is part of the consideration that’s being worked out now: To look at our shelter capacity across all of the islands and map out the capacity that would be different under a Covid-19 scenario,” he said.

Some easily achievable adaptations could include improving washing facilities at the shelters, he said. The governor added that DDM will release more detailed information about the survey results.

As Bangladesh and India prepared for Cyclone Amphan to hit their shores last week, a chief concern was how hurricane shelter capacities could be reduced by distancing measures.

Mr. Jaspert previously specified that evacuation orders would take precedence over curfew measures in the event of a hurricane.

Asked if government would consider relaxing social distancing protocols in order to accommodate more people in an emergency, he said teams were still surveying infrastructure, but the preservation of life would be the top priority.