After closing the road in Pasea over the weekend, government has completed badly needed sewerage works in the area for now, but more are needed nearby, according to Transportation, Works …

END_OF_DOCUMENT_TOKEN_TO_BE_REPLACED 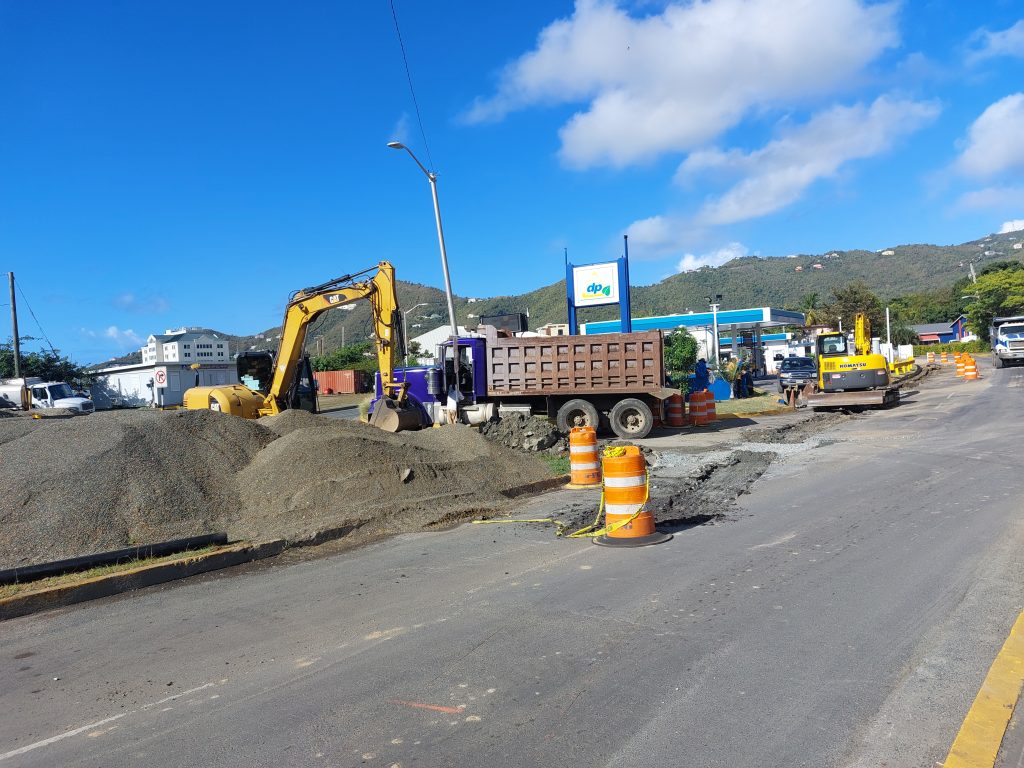 Traffic was diverted through the Rite Way Supermarket parking lot after a section of road in Pasea was closed over the weekend for work on the sewerage system in the area. (Photo: FREEMAN ROGERS)

After closing the road in Pasea over the weekend, government has completed badly needed sewerage works in the area for now, but more are needed nearby, according to Transportation, Works and Utilities Minister Kye Rymer.

“In recent times, there have been numerous sewerage leaks on the main pumping pipeline between the Purcell Estate entrance all the way to the Sir Rupert Briercliffe Hall in Road Town,” Mr. Rymer explained in a Monday statement.

In late March, a rupture in the line aggravated the issue, necessitating urgent action, he said.

“This failure compounded the impending disastrous sewerage issue that has contributed to the exhausting trend of the Department of Water and Sewerage having to tirelessly do repairs at varying points on the same line in the same area,” he said. “The aged line, installed many years ago, reached its breaking point.”

As part of an “emergency response” from the TWU Ministry, he said, officials decided that a team from the Water and Sewerage Department should replace the entire line.

“Through the already planned phase approach initiated last year, we replaced what we believed to have been the worst part of the line,” he said. “This was from the bridge across from the Tortola Sports Club ending just before Treasure Isle Hotel along Walter James Francis Drive, totaling around 320 feet.”

From Friday to Monday, he added, more than 800 feet was replaced from the Purcell Estate “gap” onto the bridge across from the Tortola Sports Club. This new work brought the total to more than 1,120 feet, he said.

“It is important that the public understands that the line terminates across from the Sir Rupert Briercliffe Hall, leaving another 1,300 feet to be replaced,” he added. “This should be done in the not-too-distant future. The minister thanked the WSD crew for their work on the project and residents for their patience.

Previously, Mr. Rymer said on April 2 that the WSD was awaiting materials for the Pasea work that “were ordered a few months ago and should have arrived already.”

He added that the materials were delayed by “economic challenges” caused by the pandemic.

“The department aims to conduct an overhaul and in- stall a permanent remedy that is expected to last up 50-60 years,” he said. “This project will be conducted in three phases, and I am happy to report that phase one has been completed, and as a result 320 feet of line were installed. Unfortunately, the project has been halted due to the absence of materials.”

This week’s statement did not explain whether the materials had arrived or an alternative solution had been found.