Natasha Ruscheinski, founder of the Virgin Islands organisation responsible for sending hundreds of pets to new homes before and during the pandemic, has been awarded a British Empire Medal for …

END_OF_DOCUMENT_TOKEN_TO_BE_REPLACED 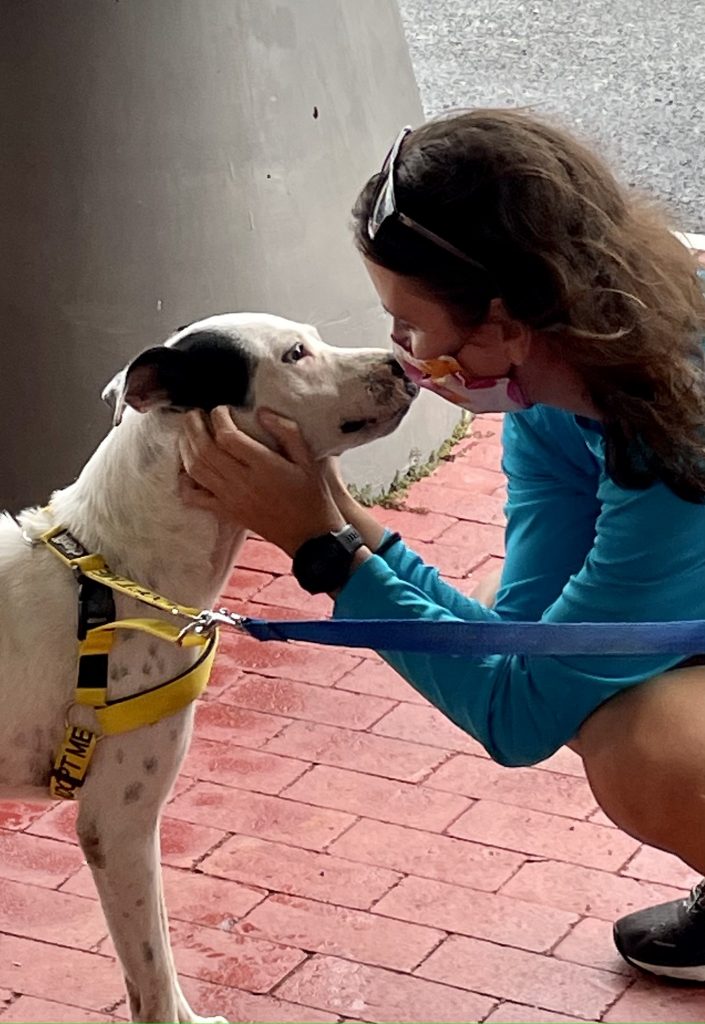 PAW BVI Founder Natasha Ruscheinski was awarded by the Queen for her contributions to animal welfare in the territory. (Photo: FACEBOOK/PAW BVI)

Natasha Ruscheinski, founder of the Virgin Islands organisation responsible for sending hundreds of pets to new homes before and during the pandemic, has been awarded a British Empire Medal for her contributions to animal welfare as part of the Queen’s New Year Honours List.

PAW BVI was established in February 2014 to decrease the number of animals in need of homes through its spay and neuter services, fostering, and “PAWS in the Air” programme. The nonprofit opened its first premises for rehab and recovery in June 2020.

Since its inception, PAW BVI has helped pay for 3,033 surgeries and helped 1,383 pets find homes.

Ms. Ruscheinski said she was very proud to see the organisation receive such recognition and thanked those who have dedicated their efforts to helping the dogs and cats of the territory.

“Animal welfare is such an important part of overall community welfare,” she said.

PAW BVI provides access to spaying and neutering for animals at the Humane Society of the BVI and for pet owners who otherwise might not be able to afford them.

“Keeping pets healthy is beyond the means of a lot of people, but this shouldn’t preclude them having pets,” she added. “I have met so many wonderful owners over the years who just want to do right by their pets and are grateful for the assistance of PAW.”

Community members who would like assistance with getting their pets spayed or neutered can contact PAW BVI on WhatsApp at 346-3011.

Though Ms. Ruscheinski is thankful for the award and for positive feedback from residents and tourists about what the organisation has done to reduce the stray animal population, she said there is still a lot of work to be done.

“I would also just encourage anyone who is passionate about a cause to get involved,” she added. “You never know how it will grow.”

The British Empire Medal originated in 1922 to celebrate British and Commonwealth citizens for their civil or military service worthy of recognition by the Crown.

Ms. Ruscheinski was the only VI honouree included this year.

The Governor’s Office offered its congratulations on social media shortly after the announcement was made on New Year’s Day.