The Disaster Recovery Coordination Committee hopes to finalise and submit the territory’s recovery plan to Premier Dr. Orlando Smith by the end of June, according to DRCC Chairman Brodrick Penn. …

END_OF_DOCUMENT_TOKEN_TO_BE_REPLACED 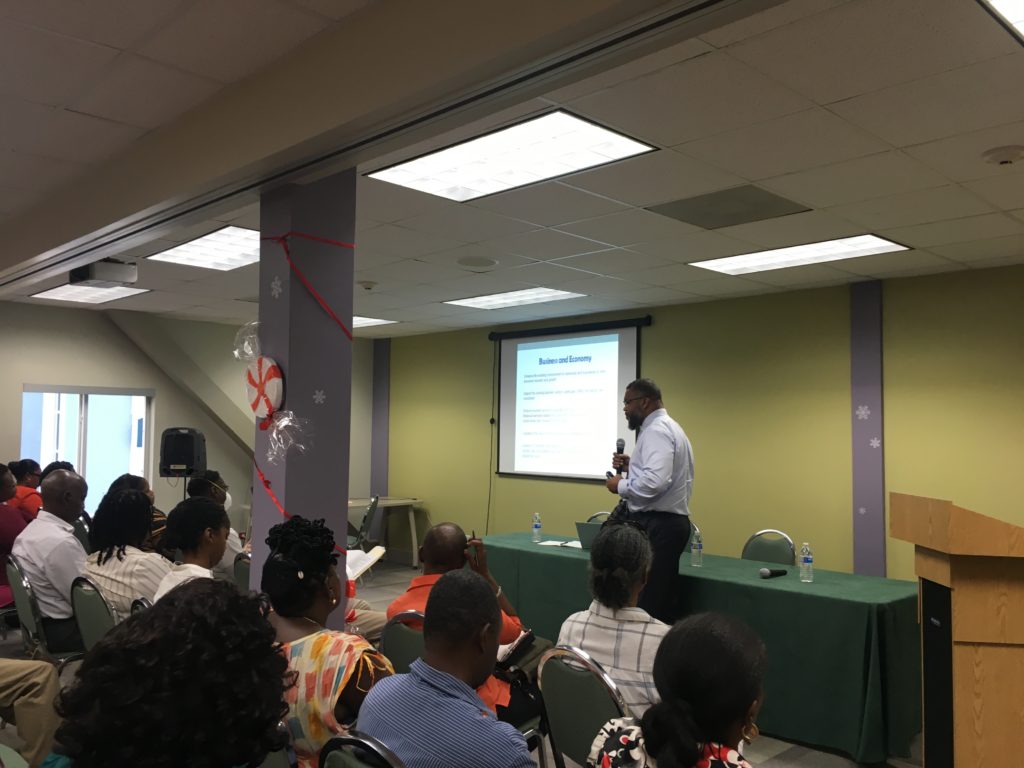 The Disaster Recovery Coordination Committee hopes to finalise and submit the territory’s recovery plan to Premier Dr. Orlando Smith by the end of June, according to DRCC Chairman Brodrick Penn.

From there, the report would theoretically move through Cabinet and eventually be tabled in the House of Assembly, making it available for public view.

The DRCC also plans to publicise a report on the series of public consultation meetings hosted earlier this year, Mr. Penn explained.

The meetings — held in each district and with several different employment sectors — focused on the 28-page draft recovery plan the DRCC published in December, which broadly outlined proposals for spending $721 million on the territory’s recovery from the 2017 hurricanes and flooding.

The airport appropriation is now likely to take the form of a public/private sector partnership, Dr. Smith and Mr. Penn have noted.

The draft plan also included timetables outlining how government intends to use about $218 million in recovery cash in the first year and a half of the process; about $388 million in the second year and a half; and about $115 million after that.

During the meetings, members of the public consistently criticised the 28-page document’s lack of details, though Mr. Penn said many of the specifics were in “working documents” that hadn’t been made public.

Content from those working documents will be included in the plan that will be submitted to the premier, he added.

Additionally, most of the initiatives the public requested were already described in the plan and those documents, according to the chairman.

After the plan is finalised and passed in the House of Assembly, the Recovery and Development Agency — whose board is chaired by Robert Mathavious, the managing director of the Financial Services Commission — will work to implement it.

However, some of the initiatives funded by loans from the Caribbean Development Bank are already in motion, Mr. Penn explained.