The Joes Hill affordable-housing development that originally broke ground in April 2017 is nearing completion, and the application process for prospective buyers is under way, according to Health and Social …

END_OF_DOCUMENT_TOKEN_TO_BE_REPLACED 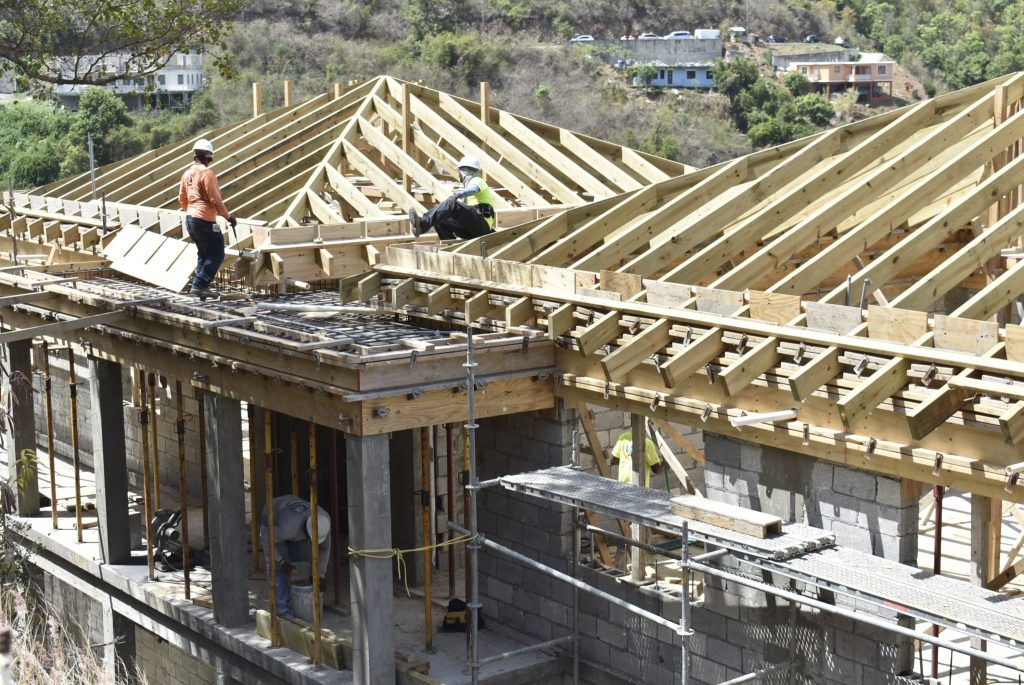 Construction of housing for first-time homeowners at Joes Hill initially began in April 2017, and the Social Security Board is now seeking to finalise the list of applicants. (File photo: JOEY WALDINGER)

The Joes Hill affordable-housing development that originally broke ground in April 2017 is nearing completion, and the application process for prospective buyers is under way, according to Health and Social Development Minister Marlon Penn.

However, at least 132 people have already expressed interest in purchasing one of the 52 residential units, and if the number of qualified applicants exceeds supply, the Social Security Board may need to use a lottery system to choose successful candidates, he said.

The development caters exclusively to first-time homeowners and spans 25 buildings, according to the minister.

Construction was initially delayed when Hurricane Irma hit less than five months after the original ground-breaking ceremony. However, in May 2020, the Social Security Board signed a nearly $18 million contract with James Todman Construction Limited to resume the project, which officials announced in conjunction with a pandemic stimulus package.

On Nov. 15, Mr. Penn told the House of Assembly that construction at Joes Hill is “substantially complete” following the June 15 handover of keys from the contractor.

The SSB has since launched the process of verifying interested parties, having them secure pre-approval, and finalising selected applicants, Mr. Penn said.

“Phase two of the selection process has now commenced and requires the verified applicants that remain interested to seek pre-qualification from the bank of their choice,” Mr. Penn said. “Site visits to the property are also being conducted during this phase.”

Once the number of prequalified applicants is known, decisions will be made about how to proceed with finalising the list, he said.

“At the end of November 2022, if there are more prequalified applicants than available units in a particular category — based on the size and style of unit selected — then a randomised selection procedure may become necessary in order to ensure transparency in the allocation of those units,” Mr. Penn said.

In response to questions from opposition member Carvin Malone, who previously led the ministry, Mr. Penn said no sales had been finalised, and prospective buyers can only purchase units for use as their primary residence, not for investment purposes.

Finalists will have up to 90 days to finalise their mortgage and complete the purchase, he said.

Mr. Penn added that the successful sale of units is important “not only for the replenishment and long-term sustainability of the Social Security Fund, but also for the stability of the 52 households that will finally be able to accomplish the dream of homeownership at Joes Hill Manor.”

He did not offer information about the cost of the residential or commercial units in the development, and he was not asked about the topic in the House.

However, he did provide an update on the overall cost of the project.

About $23.4 million of that money went to James Todman Construction’s contractor fees, according to a breakdown provided by the minister.

Land purchases of $1.4 million made up the secondhighest additional costs, with the rest going toward architectural designs, management fees, and other fees including $423,000 in materials and contractor fees for the national sewerage project, the breakdown stated.