On Tuesday at the Cyril B. Romney Tortola Pier Park, the doors of shops and restaurants were flung wide open to the roughly 4,000 passengers aboard the Disney Fantasy moored …

END_OF_DOCUMENT_TOKEN_TO_BE_REPLACED 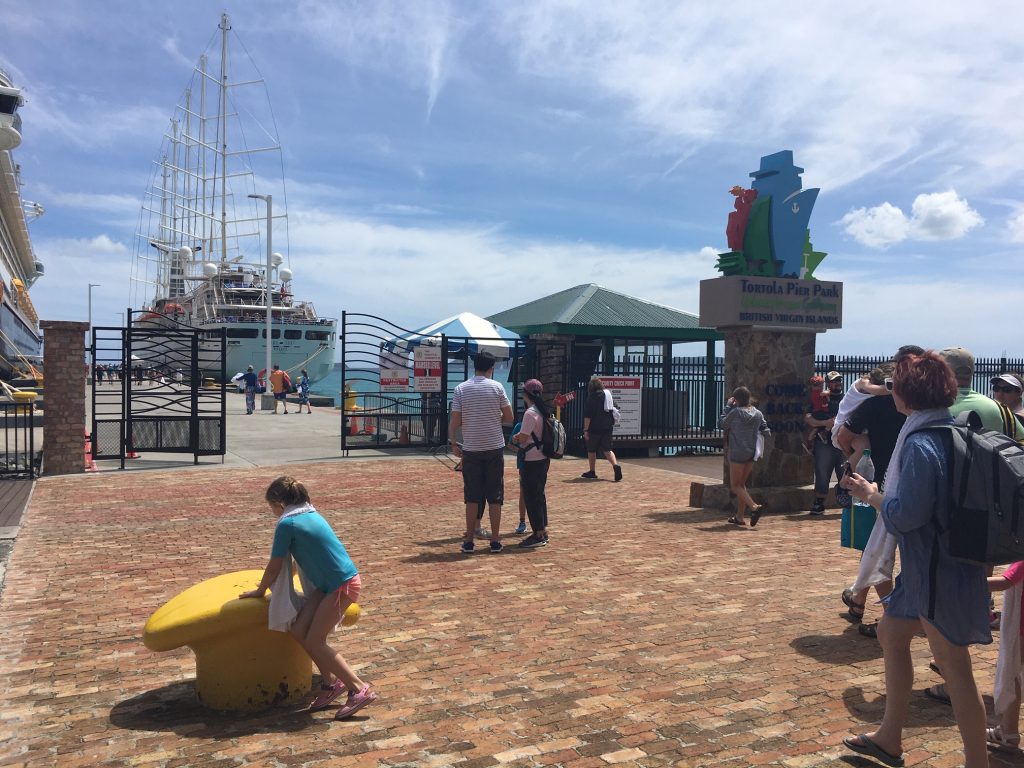 On Tuesday at the Cyril B. Romney Tortola Pier Park, the doors of shops and restaurants were flung wide open to the roughly 4,000 passengers aboard the Disney Fantasy moored there.

One would hardly guess the coronavirus known as COVID19 has infected tens of thousands of people around the world, leading to the quarantining of hundreds of passengers on cruise ships in the United States, Japan and elsewhere.

The United States Centers for Disease Control and the US State
Department have now issued warnings against Americans embarking on cruises, and CNN reported that major cruise lines are offering no-fee rebooking policies to customers, which could prompt a wave of cancellations. As of Friday, several major cruise lines have cancelled sailings.   Effective tomorrow, cruise ships will be barred from calling on the VI for 30 days, Premier Andrew Fahie said in a statement.

Business owners like Sanjay Surtani, director of the House of Luxury, are bracing for the potential impact on the territory’s tourism-heavy economy even with no cases of the virus confirmed in the VI.

“It has impacted everywhere else in the world, and we are no different,” he said.

He added that he and his employees have noticed a slight dip in the number of customers, but he acknowledged that this perception “may be psychological.”

He added, “People are still coming.”

Pier Park CEO Vance Lewis said the Pier Park is taking all its directives from the Ministry of Health and Social Development and the Cruise Lines International Association, a major trade organisation for the cruise industry

“We haven’t had any adverse impacts,” Mr. Lewis said. “They
have got a wide variety of measures that they are taking on cruise ships coming this way, and so far so good.”

On Tuesday, Health and Social Development Minister Carvin Malone said that aside from working with cruise lines to ensure proper screening of passengers, the ministry is working with cruise ship agents, hoteliers, charter companies, and taxi and ferry operators on their infection and control procedures.

“Notice is taken of the economic fallout from this and other catastrophic events of recent times,” Mr. Malone said in a statement.

“Our health system and our economy are not immune from world events.”

Within the region, Caribbean Tourism Organisation officials are stressing a collaborative approach, acknowledging that the health and safety of residents and visitors comes before economic concerns.

“When we look at a lot of the world’s developed countries and how they are handling it, …they haven’t been able to get a grip on this virus,” CTO Chairman Dominic Fedee said in a news conference late last month. “A lot of our countries in the Caribbean with less capacity would be in a
worse position, God forbid. … We’ve got to be extremely cautious. Health must lead and tourism must follow.”

On Tuesday, hand-sanitising stations were visible throughout the park, along with signage in multiple languages explaining how to use them.

“We are looking to have additional stations brought, [but] they are very hard to get at the moment,” Mr. Lewis said.

The park is “doing all the common-sense things” while monitoring the situation globally and regionally, he added: “We are following all the
guidelines and that’s pretty much it. We will continue to be vigilant.”

“We have hand sanitisers kept around, so anyone is advised, whenever you remember, to sanitise and clean your hands,” he said. “We advise [staff ] to take Vitamin C. Apart from that, there’s not much else we can do as a precautionary method.”

He predicted that the situation might get worse before it gets better.

“I do think going forward in the next few weeks, depending on what direction this virus goes, we will see a more direct impact in terms of people just not travelling as much, not going on holiday as much,” he said.

But looking into the future, Mr. Surtani said he has reason to be optimistic.

“There are vaccines being tested, so once those come about, things should calm down. … I’m not seeing a very long-term threat with this virus, but in the next few weeks to a month, everyone should go carefully. “

However, he pointed out that even if business does take a dip, “We personally don’t lean on the cruise business. We have a local market; we have other tourists. We can keep positive [and] go forward that way.”