Business > Pier Park to get valet parking, for charity

Pier Park to get valet parking, for charity

Parking may soon get easier for holiday shoppers at the Cyril B. Romney Tortola Pier Park after the launch of a valet parking service as part of a partnership with …

END_OF_DOCUMENT_TOKEN_TO_BE_REPLACED 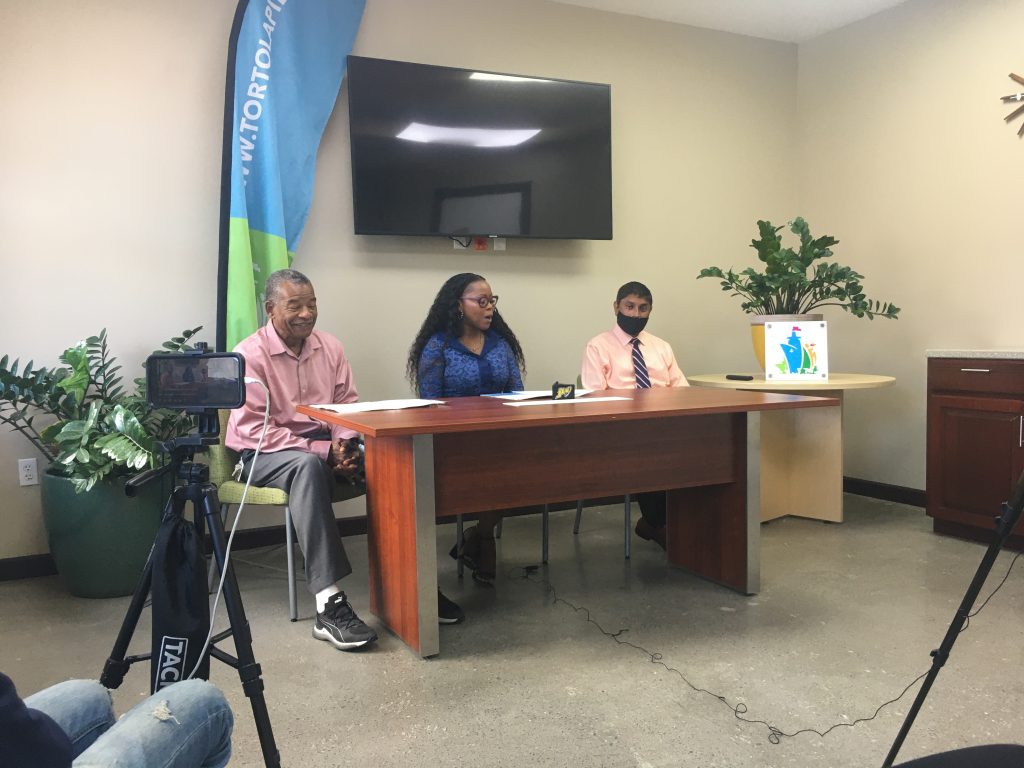 Parking may soon get easier for holiday shoppers at the Cyril B. Romney Tortola Pier Park after the launch of a valet parking service as part of a partnership with the new Provisional Rotary Club of Central Tortola.

“We’ve had a lot of parking wars with some of the events that we’ve got here. These are some of the complaints we got, so we’re going to try that and see how that works,” park CEO Vance Lewis said during a press conference last Thursday. “The limitation is we have 30 parking spots in the pier park. And I’m sure frequent visitors recognise that we have a lot of double and triple parking here and it causes quite a bit of consternation on people who come here to shop. We hopefully can begin this weekend. We’re working with various agencies to ensure that we have a smooth transition to the valet service.”

Because of the pandemic, the park has been largely quiet in recent weeks during what would ordinarily be one of its busiest times for cruise arrivals.

However, with the explosion in Covid-19 cases in North America and Europe, Mr. Lewis said, the park will have to exercise patience a little longer.

“The expectation that we’re going to have early resumption of cruise ships in the Caribbean was slightly dashed when there was an outbreak of cases on Seadream headed from Barbados,” he explained. “We are looking at how our protocols can merge with the protocols that the [United States Centers for Disease Control and Prevention] will be giving to the cruise lines so as to make sure that everyone is safe. So it’s a matter of being flexible, understanding what’s happening on the global scene.”

Mr. Lewis was optimistic with the recent news that Covid-19 vaccines are on their way. “Basically, I think you’ll be hearing a lot more in terms of firm timing of resumption of the cruise industry, perhaps over the next couple of weeks as vaccinations start flowing,” he said.

In the meantime, pier park officials have been working to assist tenants, according to TPP Business Development Manager Zoe Walcott.

“We have given a number of concessions to tenants to ensure that they are able to navigate these difficult times in a manner that allows their business to sort of ride the waves to be sustainable,” she said. “So how do we come out of
this? Not smelling like a bed of roses, but most certainly in a survival state.”

Besides the new Rotary partnership, she said, the decision to partner with Virgin Islands Search and Rescue on its “glice” skating rink and with the BVI Food Fete have been instrumental in driving traffic into the park and keeping residents engaged with it.

“Partnerships are critical, we recognise, even with the challenges that we are facing, to make sure that sans the ships we do have the community within our borders,” Ms. Walcott said.

Shan Mohamed, membership chair of the Provisional Rotary Club of Central Tortola, explained that the TPP partnership will be just the first in a series of projects the club hopes to undertake.

Mr. Lewis, who is part of the club’s steering committee, added that the club already has 27 members, though more than 40 people have been attending meetings.

Some were drawn from other clubs, he said, but “the majority of the members” have never been involved in Rotary before.

“They were not interested [in Rotary previously] because they felt that it was too much of a commitment, but they like the idea of lesser attendance commitment and a more innovative approach to how we work together to strengthen the Rotary family and strengthen the community,” he explained.

The new club began meeting regularly in July, and it has submitted an application to Rotary International to be formally chartered in January.

The club, alongside various businesses, will sponsor events throughout the holiday season, starting with sponsoring its own tree next to the Lions
Club tree.

Proceeds from the valet parking and other events will go to support various charities: Spina Bifida Awareness, the Jaleel Cameron Foundation, the BVI Cancer Society, and the Family Support Network.