In March, just as Covid-19 hit the Caribbean, Peter George, CEO of the Trinidad-based restaurant group Trent Limited, closed his portfolio of eateries before the government made him. “You could …

END_OF_DOCUMENT_TOKEN_TO_BE_REPLACED 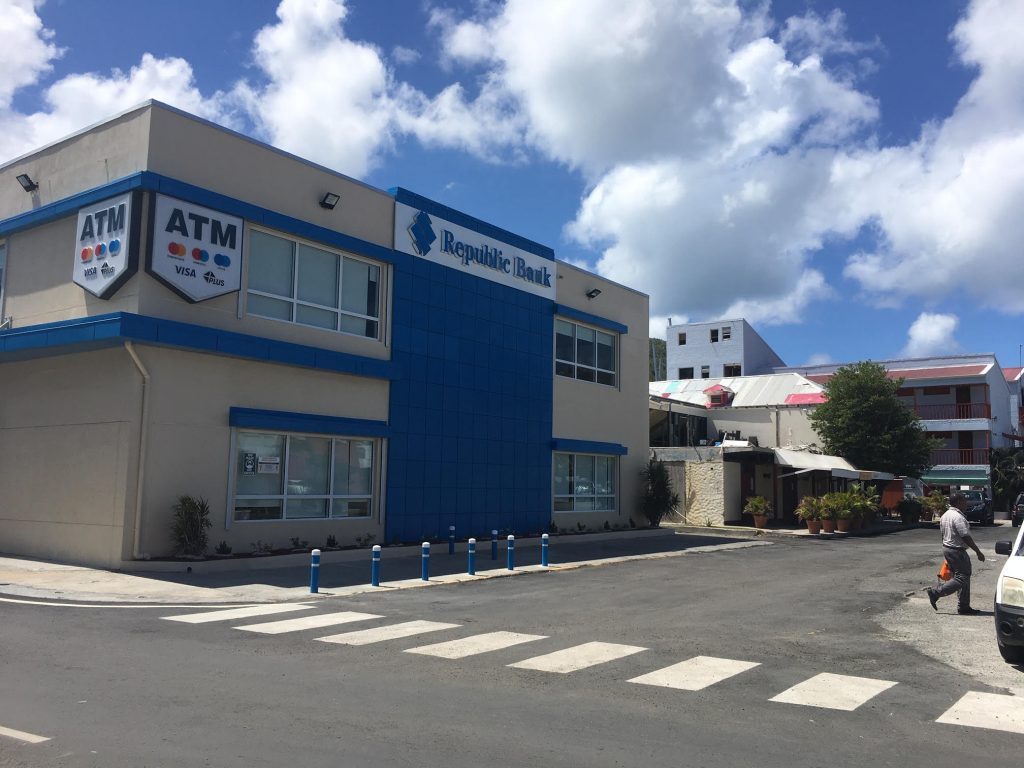 Banks are beginning to look for solutions beyond six-month moratoriums they offered customers during the Covid-19 pandemic. (File photo: CLAIRE SHEFCHIK)

In March, just as Covid-19 hit the Caribbean, Peter George, CEO of the Trinidad-based restaurant group Trent Limited, closed his portfolio of eateries before the government made him.

“You could hear this crescendo that it was getting gradually worse, and we began to feel in the business that people were less inclined to come out,” he said during a virtual panel discussion this month with a group of business owners from various industries throughout the Caribbean, sponsored by New Energy Events and Republic Bank.

“And there were things that we were seeing globally. And I said, ‘You know what? I think it’s the right thing to do, at least in the short term.’”

At the time, he said, the closure didn’t feel like a sacrifice.

“But my intention was always for it to be a short-term thing,” he added. However, he didn’t think his business, and those of his fellow restaurateurs, would suffer as much as they ultimately did.

“Restaurants took the biggest hit” due to pandemic shutdowns, he said.

Meeting with lenders at Trinidad-based Republic Bank a few months ago, he said, “made it clear that the industry is facing extinction.”

He added, “For the first time ever, the bank was more confident than I was. However, two words that I absolutely can’t stand hearing is ‘new normal,’ because there’s no such thing as a new normal.”

With 35 employees in his core business, his concern was that if his revenue was cut 40 percent or more, he would have to cut staff.

“But I’ve found that revenue somewhere else,” he said, explaining that he has focused on diversifying his business in light of the current volatility of the hospitality industry. “It could be very simply that in three or four months we could be like, ‘restaurants are so 2019,’ especially with this younger generation.”

One of his major investments at the moment, he said, is with Bitt, a digital payment startup based in Barbados that uses blockchain and distributed ledger technology to facilitate transactions.

“Blockchain, to me, represents a greater social and tectonic shift than the internet [because it] has the opportunity of disrupting everything from finance to politicalisation,” Mr. George said.

Not all businesses have been able to be as flexible as the one Mr. George runs, said Republic Bank Executive Director Derwin Howell, whose institution opened a branch in the VI this year.

“A big part of the challenge that we are facing in this crisis is something that has been triggered by the failure by a lot of people to … change their behaviour,” he said.

Along with Mr. George, Mr. Howell said he didn’t like the term “the new normal.”

However, he said, collateral based lending will especially face challenges, “because the value of collateral is going to dissipate given the things changing
around us. We have to look at the business model and see how we change our own behaviour as a business to react to the requirements of this new situation.”

The panellists acknowledged that while some businesses will invariably struggle during the pandemic, others have thrived, including commercial real estate.

“Most of the [real estate] people are saying this is their best year in a long time,” Mr. George said. “I spoke to a managing partner of a senior company yesterday and he said they were to take on 30 to 40 [employees].”

According to Ralph “Bizzy” Williams, CEO of Barbados’ diversified conglomerate Williams Industries, which has interests in electricity, gas, manufacturing and real estate among others, the region needs to take a “serious look back at agriculture.”

“We need to feed ourselves,” he said. “We eat too much junk food in the Caribbean. Primary schools need to start demonstrating to students that there’s nothing wrong with agriculture.”

However, he noted that farms can have trouble securing funding from banks. His company, for one, is turning to banks to finance alternative energy solutions in Barbados.

“We are the sunbelt in the world,” he said. “We should be powering ourselves. … The sun don’t stop shining when Covid is around.”

Mr. Williams went on to explain that “cash is super king. We have a good Uncle Scrooge here at the helm at Williams Industries. He won’t let me spend a cent that is not a productive cent.”

Echoing Mr. George and other panellists, he added, “You have to manage your cash and you have to restrain yourself from spending foolish money on assets that are imported and put aside the cash for a rainy day. I’m not saying don’t develop new business and so on, but by all means develop new assets, not new liabilities.”

In his opinion, the Covid19 crisis “has been blown totally out of proportion,” especially when compared to previous pandemic such as the 1918 Spanish flu, which killed at least 20 million people globally.

“We have been told by the media, who I believe are very profit-motivated, that this is going to change the whole world. … That is so far from the truth that it’s not even worth thinking about,” he said, adding that his own father recovered from the 1918 flu. “We have to take precautions, wear our masks, practise good hygiene. We have to do all these things that we should be doing anyhow. … But we cannot allow this thing to make us believe that this is doomsday. And in my opinion, the economies, if we handle it right, will bounce back and be stronger.”