Legislators all agreed Monday afternoon: It’s a good idea for the Royal Virgin Islands Police Force to have a well-established K-9 unit. A bill that passed in the House of …

END_OF_DOCUMENT_TOKEN_TO_BE_REPLACED 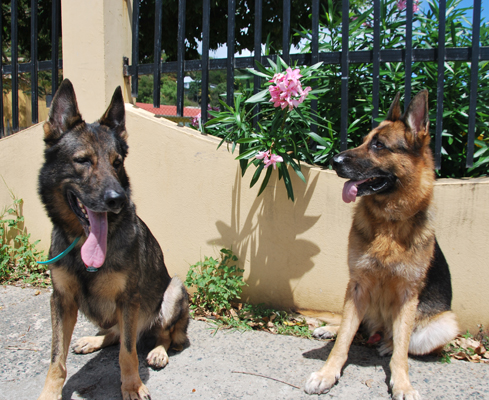 Legislators all agreed Monday afternoon: It’s a good idea for the Royal Virgin Islands Police Force to have a well-established K-9 unit.

A bill that passed in the House of Assembly this week will allow police dogs, under the control of a commissioner-appointed handler, to lawfully conduct searches in the territory.

“Madam Speaker, for many years the Customs Department of government has had the privilege of having the K-9 unit in their armoury,” said Premier Dr. Orlando Smith. “And it has proven effective in the BVI just as it has all over the world in assistance with tracking and discovering criminal behaviour.”

The legal framework establishing a K-9 unit will help the RVIPF increase its “efficiency and effectiveness,” he added. “We have spoken for many years about improving the efficiency of the police force so that we could arrest more criminals and solve more crimes, and this is one way to accomplish that.”