Police issue warrant for WE man

Police have issued an arrest warrant for Nyron Erickson, 27, of West End, according to a Feb. 12 press release from the Police Information Office. The press release did not …

END_OF_DOCUMENT_TOKEN_TO_BE_REPLACED 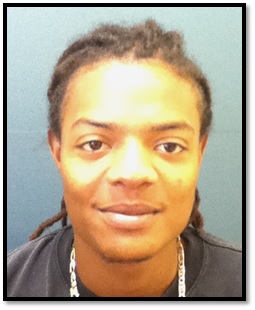 Police have issued an arrest warrant for Nyron Erickson, 27, of West End, according to a Feb. 12 press release from the Police Information Office.

The press release did not explain why Mr. Erickson is wanted, but it asked for the public’s help in finding him, encouraging anyone with information regarding his whereabouts to contact the police at 311 or the Intelligence Unit at 368-9339.

In late January, police also announced that they were seeking public assistance in locating another man, Kevin Tyson.

“Mr. Tyson has not yet been found and we are still asking for the public’s assistance in locating him,” Police Information Officer Akia Thomas added yesterday.

According to the Jan. 29 press release, Mr. Tyson, who is 5 feet, 6 inches tall with a medium build and dark complexion, was wanted in connection with the seizure of a semi-automatic rifle from the “eastern end” of Tortola, as well as other gun-related offences.

While police encouraged anyone with knowledge of Mr. Tyson’s whereabouts to contact the police force, they cautioned that he should not be approached, as he may be “armed and dangerous.”