Police are seeking public assistance in recapturing Kurt Rabsatt, a burglary suspect who escaped from a police vehicle while being escorted into the East End Police Station, Police Information Officer …

END_OF_DOCUMENT_TOKEN_TO_BE_REPLACED 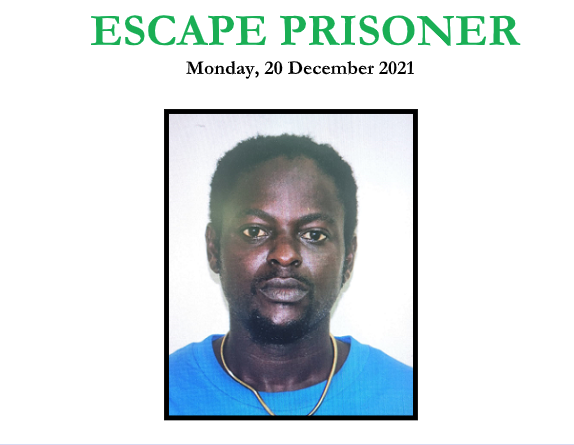 According to a separate police bulletin, Mr. Rabsatt, a Long Look resident, is dark-skinned, roughly 170 pounds, 5’9, 36 years old, works as a landscaper at Scrub Island Resort and Marina and frequently visits the general East End, Stickette, and 42nd Street areas.

“If seen please contact the Royal Virgin Islands Police Force by calling its three-digit access number 311 or the Force Intelligence Unit at 368-9339,” the bulletin stated.

On Tuesday, Ms. Drayton said via WhatsApp that Mr. Rabsatt “has not been recaptured as yet.”

Editor’s note: This article has been updated from an earlier version