Business > Policy in the works to aid small businesses

When Lenette Lewis launched Sageroots, an organic home and skincare product business, she found some of the initial stages of starting her business frustrating. A biologist by training, Ms. Lewis …

END_OF_DOCUMENT_TOKEN_TO_BE_REPLACED 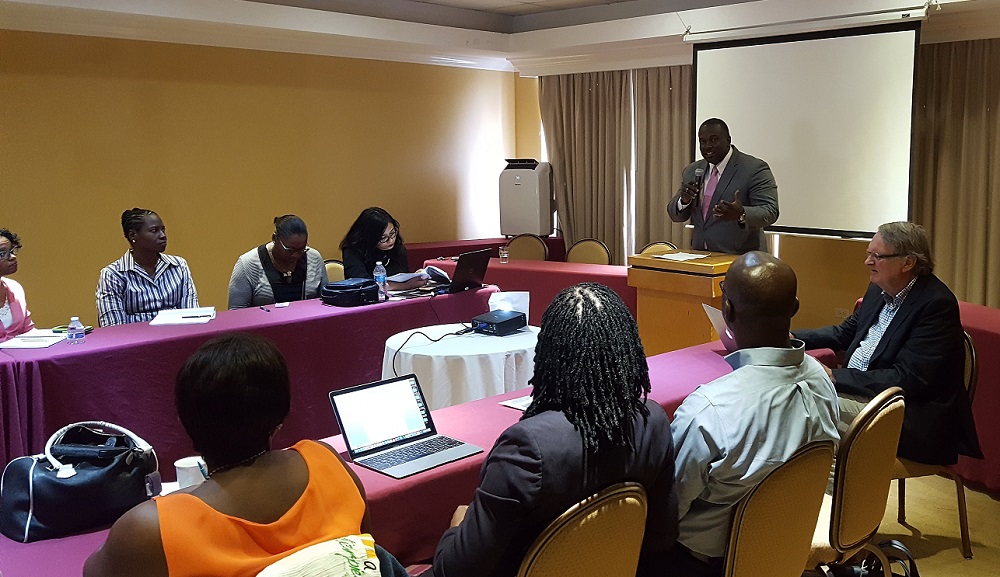 When Lenette Lewis launched Sageroots, an organic home and skincare product business, she found some of the initial stages of starting her business frustrating.

A biologist by training, Ms. Lewis had limited business experience, but she was determined to get her venture off the ground.

“One of the earliest struggles I realised [after] you’ve gotten your trade licence [is] knowing what to do next,” she said, adding, “You have to get social security, you need to do NHI, you need to do forms for payroll — all of those things I didn’t know at the outset, so they became important and they became a little bit of a frustration along the journey, but you figure it out.”

Ms. Lewis overcame the difficulties and established her business, but other aspiring entrepreneurs have struggled more to get through the red tape.

In order to assist other entrepreneurs in the Virgin Islands, government has sought feedback on a working draft of a Micro, Small, and Medium Enterprise Policy designed to streamline the process of launching a business and help facilitate financing.

The policy summary — drafted with the assistance of the European Union’s programme for the Competitiveness of Enterprises and Small and Medium-sized Enterprises (COSME) — calls for increased entrepreneurship education; the collection of more MSME data; a reduction of administrative barriers; and the introduction of various financing options.

Last Tuesday, the Premier’s Office and COSME hosted a stakeholder meeting for about 20 attendees and panelists to gather feedback on the draft.

During the session, attendees criticised the Department of Trade, Investment Promotion and Consumer Affairs, which they said didn’t make things easy for new businesses.

“There was a recent analysis done on the time that it takes, and we know that in principal it takes about one to two weeks to process the trade licence on paper, and there was also another deeper analysis done in coordination with Trade and the Premier’s Office where it takes 23 weeks to obtain a trade licence,” explained Tahmina Shafique, a Netherlands-based consultant hired by COSME to draft the policy.

Maxwell George, the deputy director of trade, responded by saying that such delays aren’t a normal occurrence.

Mr. George noted that the time was typically longer for non-belongers because they are required to submit more information.

“Our system presently is a little bit slower than we want it to be because mostly we don’t have a good, up-to-date database which basically should gather sufficient information … that we can put out to the public and be able to educate them prior to them coming in for a trade licence,” he said, adding that the agency is working on putting more forms online.

Ms. Lewis said at the meeting that the information required for a trade licence should be better communicated in the early stages of applying. Example forms, she argued, would go a long way towards ensuring people fill out their documents correctly.

Brenda Lettsome-Tye, the director of the Department of Youth Affairs and Sports, said the Trade Department made the process especially frustrating for young, aspiring entrepreneurs.

“They’re at a disadvantage because they’re young, they don’t have the background, they can’t get the financing,” she explained. “So when you have a young person who has a brilliant idea and is trying to get that idea into a business and you go to Trade and you’re met with this form, there’s no guidance. … It needs to be a one-stop shop.”

Mr. George responded by saying his department try to have employees walk applicants through the process in person. This plan is difficult, however, because of staffing limitations, he argued.

Ms. Shafique plans to incorporate last week’s suggestions into a new, more detailed draft of the MSME policy, which she hopes to finalise in the next three weeks.

From there, the document will be submitted to Cabinet for approval and then circulated to the public for feedback, she added.