Port fee hike being phased in

After the BVI Chamber of Commerce and Hotel Association called the first planned port fee hike in at least 20 years “borderline madness,” the BVI Ports Authority is attempting to …

END_OF_DOCUMENT_TOKEN_TO_BE_REPLACED 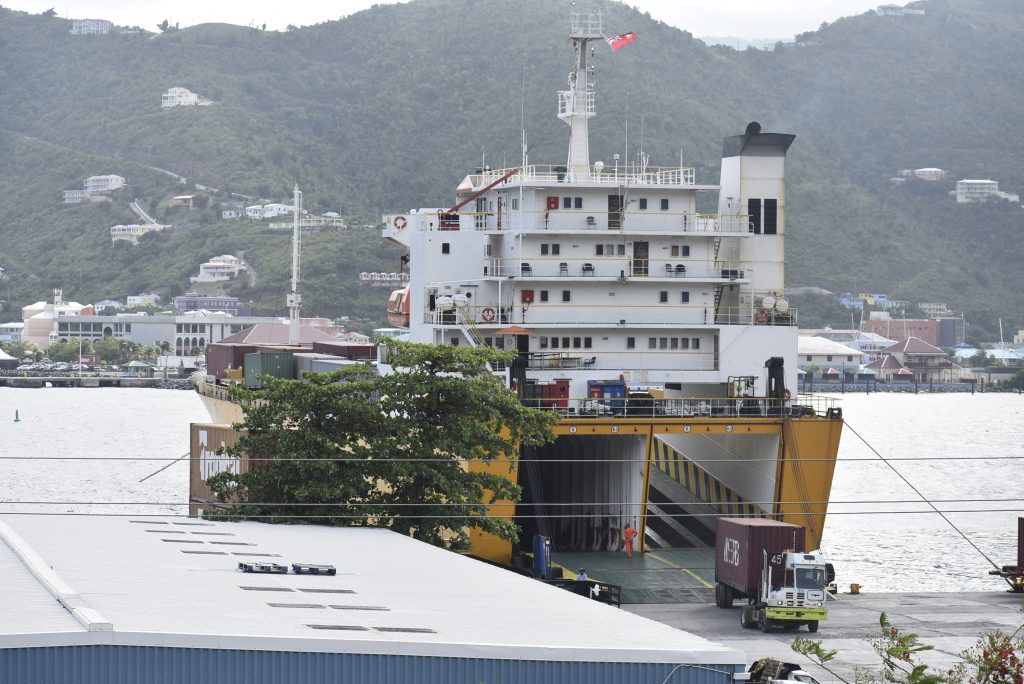 After the BVI Chamber of Commerce and Hotel Association called the first planned port fee hike in at least 20 years “borderline madness,” the BVI Ports Authority is attempting to ease the pain by implementing the adjustments in a phased approach that started Monday.

The fee adjustments, as amended in the BVIPA (Amended) Regulations 2020, were first announced in January and included nearly across-the-board increases for licences and fees scheduled to begin March 1.

The new structure will see many costs double and others more than triple.

“In an effort to address concerns expressed by the public and our stakeholders, the authority sought to review the fee schedule accordingly, to make for an easier compliance and implementation process by stakeholders,” the BVIPA announced in a press release.

“Consequently, the fee increases will be implemented in a phased approach.”

Under the new plan, revised licence fees for customs brokers and agents took effect on Monday, as did new fees for storage, wharfage, line handling, and container and vehicle access.

The press release did not specify when other fee increases would take effect. However, the authority promised to inform stakeholders of its progress by engaging in a series of information-sharing meetings with staff, clients and members of the wider business community.

In announcing the fee hike in January, BVIPA representatives claimed the hikes are needed after 20 years without an increase.
However, businesses that ship goods will feel the pressure in their pocketbooks under the new structure.

As of Monday, wharfage has increased from one to two percent of “free on board” value, and in the future cargo and other fees are slated to rise from $2 per tonne to $4 per tonne.

The licensing fees for ship agents and freight forwarders, meanwhile, will be subject to even heftier increases, from $200 to $1,500 per year.

Pilots’ licences will increase 300 percent, from $500 to $1,500 per year. Ferry operators will also see the cost for their licences double, from $2 to $4 per passenger per year.

In January, the BVICCHA slammed the BVIPA for implementing the fee hikes in the middle of the pandemic without adequately consulting the business community, especially  after the chamber claimed it enquired in September whether fee increases were on the table and did not receive an answer.

“The reply received said, ‘The BVI Ports Authority has not implemented an increase in fees for 2020,’ which did not answer the posed question directly,” the BVICCHA claimed in a statement at the time. “We now learn that increases were put in place in December 2020 and announced in January 2021 with no notice. … This is unacceptable.”

The BVICCHA has repeatedly alleged that its offers to help government develop an economic recovery plan during the pandemic have been rebuffed.

In January, it said its input could have helped the BVIPA find better solutions than an across-the-board fee hike, calling for the adjustments to be put on hold while the BVIPA consults with stakeholders.

“Wastage should be looked at when a body is looking to generate revenue,” the chamber wrote. “New revenue streams are another area of priority. …

The Virgin Islands can no longer endure a piecemeal approach.”

The BVIPA, however, justified the move in a January statement by explaining that the agency is a “revenue-generating entity,” with fees representing 100 percent of its budget.

The general increase in fees, it added, is needed for “important upgrades to the operations of the ports” and to improve service, including upgrading facilities to meet more modern standards.