The planned increases in port fees — already postponed repeatedly after an outcry from businesses and the opposition — will not take effect in 2022 after all, Premier Andrew Fahie …

END_OF_DOCUMENT_TOKEN_TO_BE_REPLACED 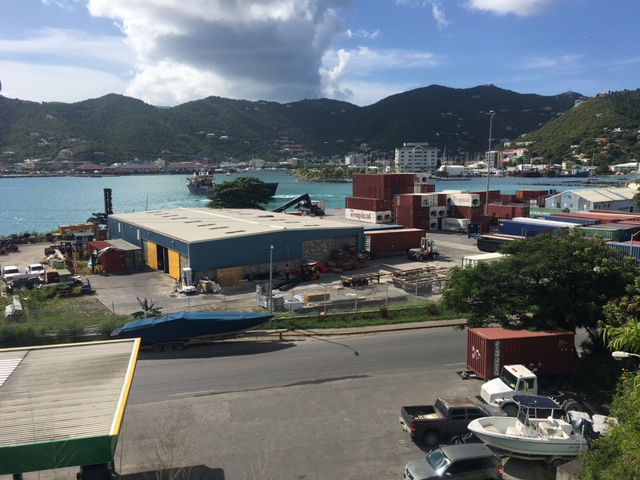 The BVI Ports Authority and Premier Andrew Fahie announced on Dec. 1 that a planned port fee increase will not take place in 2022. It has been postponed several times. File photo: CLAIRE SHEFCHIK

The planned increases in port fees — already postponed repeatedly after an outcry from businesses and the opposition — will not take effect in 2022 after all, Premier Andrew Fahie and the BVI Ports Authority announced last week.

Mr. Fahie said he decided not to implement the fees after “extensive consultations with port stakeholders, and in the wake of an extremely challenging fiscal year for BVI and the rest of the world brought about by the ongoing Covid-19 pandemic,” according to a BVIPA press release.

Neither the BVIPA nor Mr. Fahie offered a more specific reason for the decision, though the release did credit stakeholders for “being instrumental in helping the ports to achieve its developmental objectives during the pandemic.”

The fee hikes — the first for the authority in at least 20 years — were announced in January and included nearly across-theboard increases for licences and fees, some of which initially were scheduled to more than triple starting March 1, 2021.

The BVIPA has repeatedly said the increase is needed to upgrade port operations and to improve service, including upgrading facilities to meet more modern standards and comply with international regulations.

However, in March, the BVIPA announced an attempt to appease critics and ease the pain by phasing in the adjustments over time.

Under the new plan, revised licence fees for customs brokers and agents had been scheduled to take effect last March along with new fees for storage, wharfage, line handling, and container and vehicle access.

The other increases were scheduled for May 1. However, in April, Mr. Fahie rolled back the implemented hikes and postponed the others, promising to engage more with stakeholders about any increases going forward.

Last week, he thanked them for their input.

“Since the reopening in the late first quarter, the ports have welcomed ferry passengers, cruise tourists, and have invested in significant infrastructure and technological upgrades to various port facilities across the BVI to ensure that the ports meet the safety and security demands of the period; as well as enhance their operations in service to the people of the BVI and all visitors,” the release stated.