Since Hurricane Irma, government officials have given various explanations for how dozens of inmates were able to leave Her Majesty’s Prison and temporarily roam the community in the days after …

END_OF_DOCUMENT_TOKEN_TO_BE_REPLACED 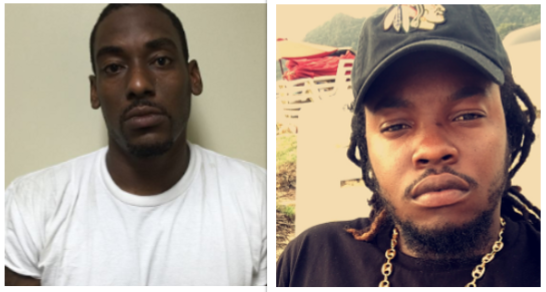 Jose Almestica (left) and Kadeem Jamal Hodge (right) are two inmates from Her Majesty’s Prison who are still at large after Irma. (Photo: RVIPF)

Since Hurricane Irma, government officials have given various explanations for how dozens of inmates were able to leave Her Majesty’s Prison and temporarily roam the community in the days after the storm — even as two inmates remain at large today.

Residents could get answers soon.

An “independent review” is under way to examine what exactly happened at the prison, and it could be released as early as next month, Governor Gus Jaspert confirmed in an interview earlier this month.

The governor said the report will be examined from a security standpoint before release, but that he won’t keep the information from the public.

“There’s nothing I would want to hold back on,” he said.

Mr. Jaspert admitted that there is a difference between the inmates who “escaped” and those who were “enabled to go and see their family,” but after a follow-up question from the Beacon he declined to say specifically if he meant that some prisoners were allowed to leave.

“Let’s wait for the report, because I’d rather quote directly from that. As I say, there’s a mixture of what the prisoners did and what happened there,” he said, offering to speak further after the report is released.

All but three prisoners were “captured” after they left or escaped from HMP last September, Police Commissioner Michael Matthews said.

Mr. Hernandez, who was facing a murder charge in the death of Alston Penn, was killed during a shootout with police last December. The other two inmates have still not been found, Mr. Matthews confirmed.

Neither man had been convicted, and each was on remand when Irma hit.

The police commissioner said the two have “probably made it across to the US” by now.

“Obviously we put them out as abscondees from custody with Interpol [the International Criminal Police Organization] and let the US authorities know that these people are missing. That’s probably how they’ll turn up eventually, is they’ll probably get stopped somewhere overseas by somebody or somebody will see the flag and they’ll be shipped back to us,” Mr. Matthews said.

In April, Mr. Jaspert announced that the Royal Turks and Caicos Islands Police Force had completed its initial report on the death of the third escaped inmate, Mr. Hernandez, but said that there must be “due procedural and legal processes” before those findings are released to the public.

“I can assure you that both [Mr. Matthews] and I are committed to openness and transparency in this matter,” the governor wrote in a statement that month. “Despite the circumstances, a life was lost and Mr. Hernandez’s family is left to mourn this loss. We have a duty to ensure the circumstances are properly investigated, that Mr. Hernandez’s family understands what happened, and that any recommendations emanating from the report are adopted.”

It’s still unclear, however, when the report will be released.

Mr. Jaspert, who is away from the territory, did not respond for comment this week, and Mr. Matthews said the findings from the investigation are in the governor’s hands.

“As it is the [Royal Virgin Islands Police Force] that have been investigated, it would not be appropriate for me to be involved in any decisions on releasing of any findings,” he said.