After business stakeholders raised concerns about several aspects of the Business Licensing Act passed two weeks ago in the House of Assembly, Premier Dr. Natalio “Sowande” Wheatley defended the bill …

END_OF_DOCUMENT_TOKEN_TO_BE_REPLACED 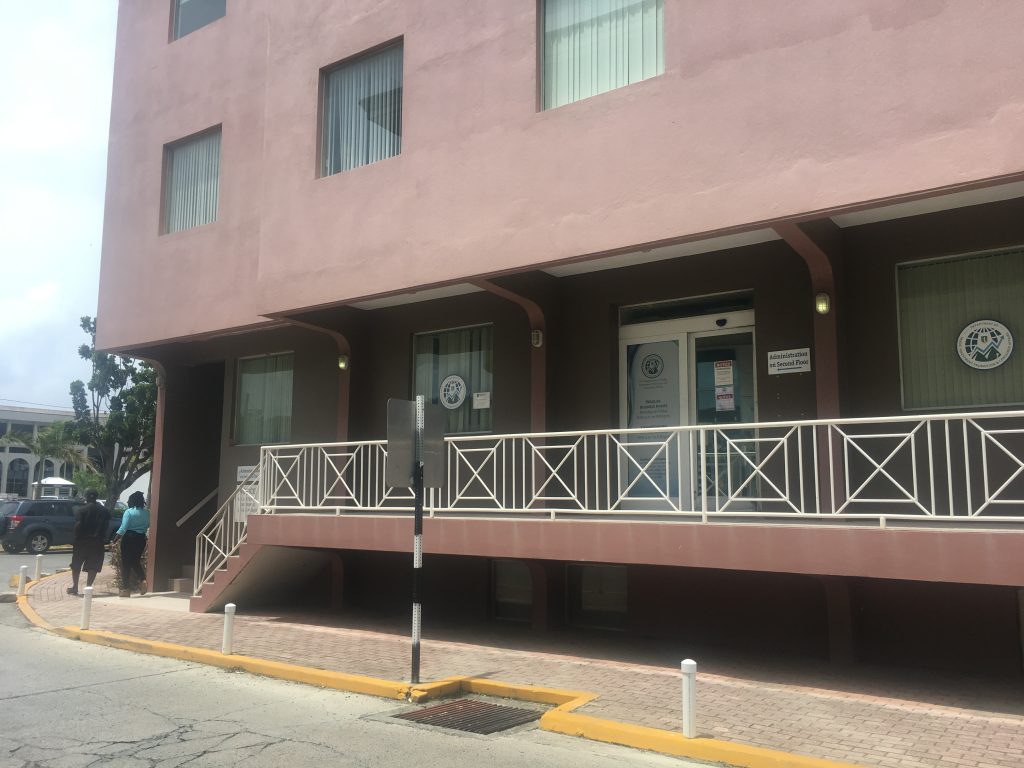 The new Business Licensing Act establishes the Virgin Islands Trade Commission, which would assume many of the functions currently assigned to the Department of Trade, Investment Promotion and Consumer Affairs (above). (Photo: CLAIRE SHEFCHIK)

After business stakeholders raised concerns about several aspects of the Business Licensing Act passed two weeks ago in the House of Assembly, Premier Dr. Natalio “Sowande” Wheatley defended the bill during a press conference on Friday, describing it as a long-overdue legislative update needed to boost the territory’s economy.

The proposed act — which would see responsibility for trade, investment and consumer affairs shifted to the new Virgin Islands Trade Commission — would hike trade licence fees anywhere from six to 25 times higher. It would also require businesses to become operational within 90 days after their licence is issued.

In response to criticisms of the bill, which still awaits the governor’s assent, the premier said stakeholders already had the opportunity to raise concerns in a series of meetings. Their feedback, he added, was incorporated into the final bill.

“We recognise that increasing fees will never be popular, but it is important to note that the fees will not come into force until 2024,” he explained on Friday. “That gives us enough time to monitor the economic environment, and we can graduate the hikes if necessary.”

The existing fee structure, he said, dates back to 1989.

He also explained the 90-day clause that has sparked some criticism, noting that it was in the existing legislation as well.

“It is certainly not new, and the interpretation of this clause has been misunderstood,” he said. “It does not mean that the business has to be operating; it may mean that a bank account has been set up or some other effort made to get the business going rather than issuing licences which will lay dormant for years in some instances.”

Further, no feedback was received about the 90-day clause in any of the meetings held prior to the bill’s passage, he said.

Despite the premier’s assurances, not all stakeholders were mollified.

“Many businesses operating below normal revenue levels in 2020 and 2021 have had to balance keeping their doors open and prices fixed,” BVI Chamber of Commerce and Hotel Association Executive Director Keiyia Jackson-George stated in a press release issued Tuesday.

She added that some stakeholders in the business community have “expressed serious concerns about changes coming in the new Business Licensing Act and the possible impacts on the cost of doing business.”

The chamber, she said, is planning to “host discussion forums with public officials and the business community to better understand the new requirements.”

It will also develop and post resources on its website about “the new business normal,” she added.

The Business Licensing Act is part of a set of related legislation that was launched last June when the HOA passed the Consumer Protection Act and the Trade Commission Act, which requires the establishment of a new statutory agency headed by a seven-person board.

The Trade Commission “launched” in February 2021 with no members, though they were finally approved by Cabinet in March and include Chairman Michael Fay and Deputy Chairwoman Sasha Hodge.

On Friday, the premier also fielded questions about processes under the Business Licensing Act.

The trade commissioner, he explained, will have primary authority for approving new trade licences.

Currently, he explained, non-belonger trade licences are signed off by the premier as minister of trade, with other licence applications coming to the director of trade for review.

Under the new law, he said, “more complex investments” will be dealt with by the Trade Commission Board.

The premier added that the Business Licensing Act “establishes a clear and transparent framework for the registration and regulation of business” under the umbrella of the Trade Commission.

“For instance, it is very clear on what documents are required for filing an application for a trade licence, whether as a belonger or non-belonger,” he said. “The act includes provisions that will support locally owned businesses so that they do not become disadvantaged.”

Over the years, he added, businesses in the VI have complained that the registration process is sometimes long, cumbersome, confusing and discouraging.

“We have all heard stories from persons who spent years to get their trade licences approved, and this is really not acceptable,” Dr. Wheatley said. “It lends to the perception that the system is not fair and transparent. We cannot have persons feeling that they are being given some arbitrary runaround.”

The premier added that another reason for the bill was that the existing law is too old and needed to be updated for modern technologies and types of businesses.

“There was difficulty in fitting some of the modern businesses and business models into the existing framework and existing labels,” he said.

The premier and Premier’s Office Policy Analyst Lizette George also explained during the press conference that the journey toward the new act and other related legislation passed recently began with the Trade Policy Review Committee, which was established in 2017 and produced reports to inform which areas needed reform.

The reports led to the establishment of three working groups in three areas: trade and business, investment promotion, and consumer affairs.

“Work has been ongoing, and in some areas it remains ongoing, with the overall objective of improving the ease of doing business,” Dr. Wheatley said.

The Trade Policy Review Committee, he said, aligned itself with the 17 Sustainable Development Goals set by the United Nations. Its work resulted in the formation of a National Trade Policy that mapped out the appropriate legislative framework for trade and economic development, including the Business Licensing Act, he added.

According to Ms. George, the policy was considered and approved by Cabinet in July 2018.

The premier said implementing the policy “is a large project made up of several sub-projects.” “And we do have a timetable for all the necessary reforms, which is running in four phases ending in December 2023,” he added. “The subsidiary initiatives are being worked on simultaneously.”

Through the trade policy, Ms. Georges added, “We will create the business environment that serves and balances the needs and interests of all our stakeholders — from the business owners and operators to the government and to the consumers of the goods and services provided by the businesses operating in our economy.”