Despite facing criticism for months over a lack of transparency surrounding the $62.9 million economic stimulus package announced last May, Premier Andrew Fahie remained mostly tight-lipped on the topic when …

END_OF_DOCUMENT_TOKEN_TO_BE_REPLACED 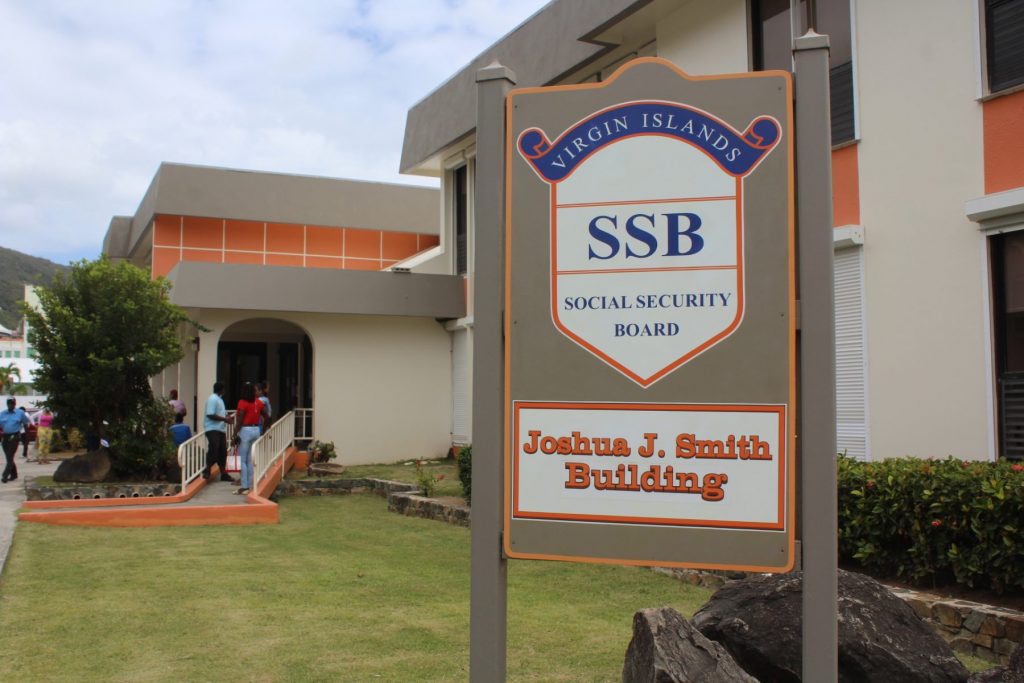 Despite facing criticism for months over a lack of transparency surrounding the $62.9 million economic stimulus package announced last May, Premier Andrew Fahie remained mostly tight-lipped on the topic when prodded by opposition members last week during a question-and-answer session in the House of Assembly.

Opposition questions included requests for various related information: a detailed breakdown of the $40 million Social Security Board grant which funded the bulk of the stimulus; news on the $10 million Unemployment Relief Fund; updates on the $6.5 million business grant programme; and a list of people who applied for a farming and fishing stimulus that officials initially said would cost $2 million.

Natural Resources, Labour and Immigration Minister Vin- cent Wheatley provided some information about the unemployment initiative, but the premier was much more reticent. He dodged some questions entirely, and at other times he promised to provide documents that he said would answer the opposition’s queries. However, these documents were not provided to the public, and on Tuesday Opposition Leader Marlon Penn said he had not received them either.

Opposition member Mitch Turnbull (R-D2) asked Mr. Fahie for a detailed breakdown of the $40 million SSB grant, including expenditure to date; remaining balances; and the ministries and offices responsible for administering each stimulus prong.

Mr. Fahie, however, did not publicly answer any of those questions, stating instead that all of the information was included in a table in documents provided to all HOA members.

“When I check my record for these questions, my records show that most of these questions I’m answering quite often in the House over and over,” the premier said. “But this again was already public knowledge. But I would answer it.”

He then referred to the table, which was not provided to the media or public, claiming that it included a “full graph” stating the balance remaining in the grant as of August 2020. He didn’t, however, disclose that balance.

“We’re going to do a final report when it’s all over,” he added. “I will say publicly that while $40 million passed through the accounts of the government, immediately $17.5 million went back to Social Security. The information in the public domain that we had $40 million to play around with, the playing around with is false.”

This $17.5 million apparently referred to $10 million that went to the Unemployment Re- lief Fund, which was administered by the SSB, and $7.5 paid to settle National Health Insurance debts.

“So it’s really 20-something million that the government took and turn it into the two fish with the five loaves and make it stretch for the people of the Virgin Islands,” the premier said.

Mr. Turnbull interjected to say that after reviewing the provided documents he still didn’t have the answers that he wanted.

Mr. Fahie told him several times to “check again” despite Mr. Turnbull insisting that he had reviewed the documents and Speaker of the House Julian Willock saying the HOA would not “wait all day.”

“Can you provide him another [copy]?” Mr. Willock asked.

But the premier again asked Mr. Turnbull to check again. Minutes later, Mr. Turnbull conceded that the graph included columns describing account balances in August and December, but neither he nor Mr. Fahie listed that information aloud.

Mr. Turnbull also said he noticed a discrepancy between what ministers have said about the farming and fishing stimulus versus the information provided in the graph.

“The one thing that jumps out to me, Mr. Speaker, is that number one, under this stage, in August, the budgeted amount for fishing and farmers was $2 million, but on Dec. 31, 2020, there was a total of $4.8 million that was spent,” he said. “Could the premier help me to understand why there was a such a vast difference in the amount that was budgeted versus the amount that was expended?”

Mr. Fahie responded that more people applied than anticipated because the grant deadline was extended.

“So no more new monies was requested, but some shifts were made with the existing monies to see how to help more farmers, fishermen,” he said, but he didn’t explain the source of the “shifted” money.

Asked by Mr. Penn for a list of people who applied for the fishing and farming initiative, which was announced last April, Mr. Fahie said he had provided a “very extensive” list to all members of the House the same day.

Mr. Penn, however, said members had not in fact received the information, and he asked that it be sent electronically.

Mr. Turnbull also did not respond to questions about the documents, and requests to HOA Public Relations Officer Linton Leonard for the documents were not successful as of press time yesterday.

Mr. Penn asked Mr. Wheatley for updates on the unemployment programme, which also was part of the larger stimulus package.

“The board is in the final stages of the reconciliation process of the benefits paid once the process on or before June 30, 2021 is completed,” he explained. “Any excess difference in the amount is to be forwarded to the Ministry of Finance as of April 1, 2021.”

Mr. Penn didn’t ask a follow-up question, but took the opportunity to say that his “concern is and always has been, ‘How can we get these individuals into jobs?’”

Mr. Penn also asked Mr. Fahie for a list of recipients of business grants from the $6.5 million in SSB funding allocated for the purpose.

In response, the premier said he would provide the opposition leader with a detailed list. But the list was not provided to the media, and Mr. Penn said Tuesday that he had not received it either.

The premier also delivered a lengthy answer, during which he stated repeatedly that the business grant programme is “still ongoing” and thanked public officers for the “enormous work done.”

Mr. Penn also asked the premier whether or not applicants have received notifications of approval or denial. In response, Mr. Fahie stated that he “hoped” every applicant had received a notification.

“I didn’t get to check for each one,” he said, “but one would have to bear in mind in fairness to the public officers that this is a voluminous amount of work. And they’re there late nights, even on weekends, working away. So it is quite a bit of work to process thousands and thousands of applications and then also to be doing the payments.”

Mr. Fahie also mentioned that money was reallocated from “inside of the grant.”

“Some reallocation was done to see how much more people that we can assist, because we do only have the grant,” he said without providing details of how the money was moved or used. “And so we tried to do reallocations within inside of the grant to help more people in businesses, etcetera. So we can extend as much help as we can. So that was what we were working on.”

Mr. Penn asked how much money was reallocated, adding, “I know you might not have this information at this time, premier, but if you can give us a rough figure in terms of how much money or additional funds have been reallocated. I know it was initially around six [million dollars that were allocated to the business grants programme].”

Mr. Fahie responded quickly, though he did not answer the question.
“We’re gonna have a full report coming when it’s finished,” he said.

Mr. Penn, who has pushed government for new stimulus measures in recent months, also asked the premier whether a second stimulus is planned.

“We can’t look at a glass and say it’s half empty. We have to thank God and say we have a glass,” he said. “Businesses are halted. We know that. But we’re doing the best with what we have.”

He also noted that the Virgin Islands can’t print money like larger countries, and he spoke about the re-opening of the seaports and challenges faced while securing the SSB grant.

Then he mentioned his administration’s ongoing attempts to acquire some 660 acres on Beef Island and implied that the previous government had missed a chance to get it done, and Mr. Penn attempted to interject with a point of information.

Mr. Willock banged his gavel, attempting to order silence, but Mr. Fahie continued speaking. As Messrs. Penn and Fahie raised their voices and spoke over each other, Mr. Willock stood up and announced, “I am on my feet.”
Once both members were quiet, Mr. Willock sat back down and admonished the premier and opposition leader.

“The public look to both of you for examples. They look to both of you to comply with the rules of this House,” he told them. “So I’m going to humbly and politely ask that once the speaker is on his feet, members would know what happens. When I knocked my gavel and asked members not to speak and to have a seat, I expect that to be complied with.”

Mr. Willock then asked Mr. Fahie if he had concluded his statement — he said he had — before asking Mr. Penn if he had a follow-up question.

“It was answered,” Mr. Fahie replied sharply. “But he wanted Burger King. He want it his way.”

Then Mr. Fahie came close to answering Mr. Penn’s initial question about whether another stimulus is planned.

“I do not physically have the cash to tell [the public] that they’re going to start a new thing next week,” he said. “But when we get to see how we could reallocate some funds to help businesses, I will come back and give the date. Until then, we’re going to finish the grant money that we do have.”