COVID-19 > Premier: Economy is not ‘shutting down’

Premier: Economy is not ‘shutting down’

A surge in active Covid-19 cases was reported by government on Tuesday, with numbers climbing to 39. Most of the positive cases are on Tortola, with two on Virgin Gorda …

END_OF_DOCUMENT_TOKEN_TO_BE_REPLACED 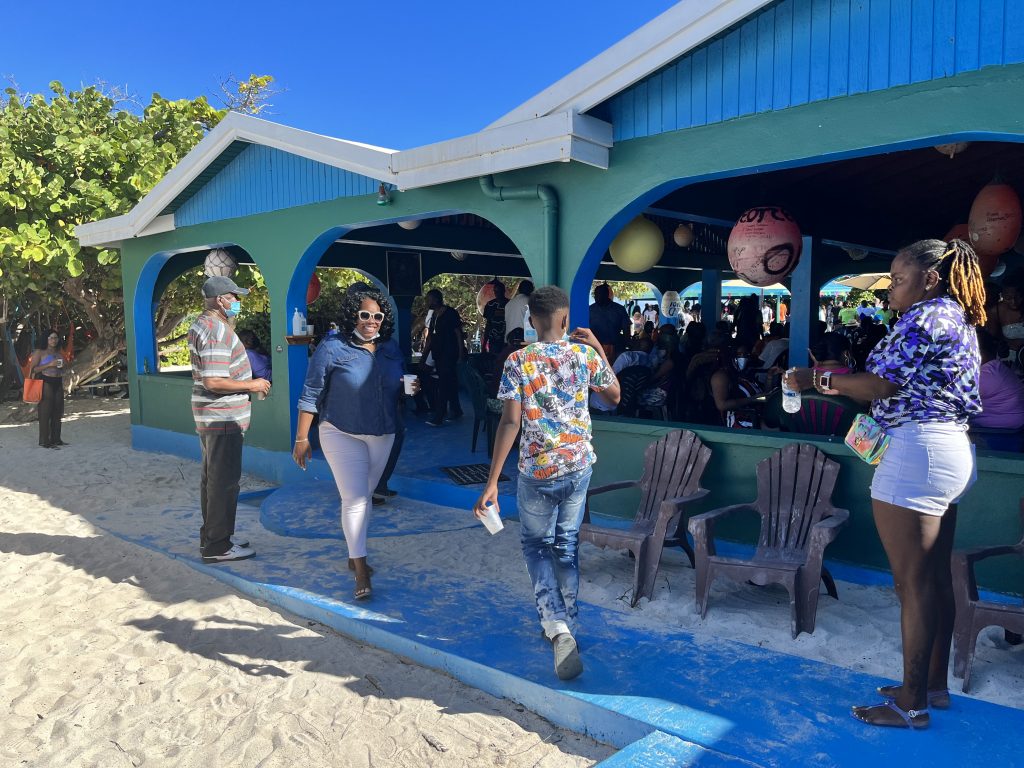 Asked if he was concerned about a spike in cases coming from the Anegada Lobster Fest, Premier Andrew Fahie said the economy would remain open. (Photo: ZARRIN TASNIM AHMED)

A surge in active Covid-19 cases was reported by government on Tuesday, with numbers climbing to 39. Most of the positive cases are on Tortola, with two on Virgin Gorda and one in Jost Van Dyke.

Thirteen of the cases were local, and 14 were confirmed through contact tracing.

Asked during a Friday press conference if he was concerned about a spike in cases coming from the Anegada Lobster Fest (see page four), Premier Andrew Fahie said the economy would remain open.

“We have no intentions of shutting down,” he said, adding that those who don’t adhere to health and safety protocols won’t determine the “strength of the economy.”

Mr. Fahie said that the Covid-19 situation continues to be fluid and commended the health team for managing the pandemic so far.

“We have spent a lot of money to get to this stage and there are persons who want to overlook that,” he said.

He went into details about programmes set up by government for Covid-19 relief, claiming that government has spent up to $200 million to date on its Covid-19 response.

The premier cited vaccination efforts made by the government and said that government will stick to its plan to not man-date vaccinations for residents. Businesses, however, can choose to impose a vaccine mandate.

Mr. Fahie, however, urged everyone to get vaccinated.

As of Tuesday, there were 16,704 people fully vaccinated, which was 233 more people than a week prior. There were also 1,584 partially vaccinated people in the territory.

A cold storage refrigerator used to house Pfizer vaccines is scheduled to arrive in the territory next week. Once it arrives, the United Kingdom will send both Pfizer and AstraZeneca doses to the territory, according to Health and Social Development Minister Carvin Malone.

A booster programme will start immediately, he said, and should be in full swing by the third week of December.

In a Facebook message on Sunday, Mr. Malone urged residents to follow world events and keep up to date with the new omicron variant of Covid-19.

“Just when we thought we were at the edge of the woods, omicron Covid-19!” he wrote. “We need not go there and we need not let it come here! Be vigilant!”

Government notified residents on Nov. 22 that the Ministry of Health and Social Development confirmed positive cases from attendees of the Fish Fete on Nov. 13 and at an induction ceremony on Nov. 15 at the H. Lavity Stoutt Community College.

Contact tracing was underway at HLSCC on Saturday after more cases were confirmed.

A press release from the college on Friday confirmed additional positive cases relating to a case found earlier on campus.

On Nov. 22, a notice was sent to all faculty, staff and students regarding the case found after a Phi Theta Kappa induction ceremony. Those who were in a classroom with the student and at the induction ceremony were traced as contacts.

“Following the report, contact tracing information was submitted to the Public Health Unit and the college contacted employees and students present at both functions,” the statement read. “Additionally, individuals who were in attendance at the PTK induction ceremony were to monitor themselves for symptoms for the next seven days.”

The Public Health Unit confirmed additional cases from the ceremony, but the number of cases wasn’t disclosed.

Attendees of the class and the ceremony were asked on Friday to self-isolate until they received a negative Covid-19 test result.