With only a modest dip in revenue so far this year compared to early 2020, the financial services industry has continued to buoy the territory’s economy while other sectors have …

END_OF_DOCUMENT_TOKEN_TO_BE_REPLACED 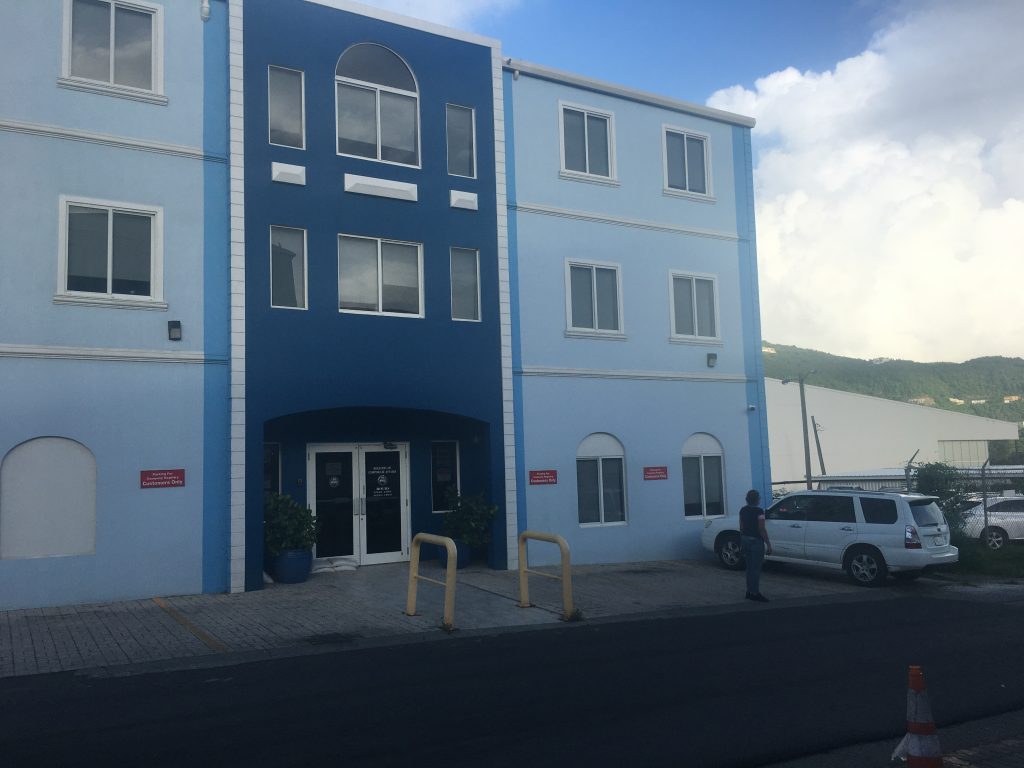 Above is the Registry of Corporate Affairs in Pasea. (File photo: CLAIRE SHEFCHIK)

With only a modest dip in revenue so far this year compared to early 2020, the financial services industry has continued to buoy the territory’s economy while other sectors have been ravaged due to shutdowns and border closures related to the Covid-19 pandemic, according to Premier Andrew Fahie.

“The revenue of financial services are not declining rapidly, and this is of great value at this moment in time when our second pillar, tourism, has been almost non-existent, all due to the ongoing global pandemic,” Mr. Fahie said last Thursday in the House of Assembly in response to a question from Opposition Leader Marlon Penn (R-D8).

“Thanks to God’s grace in spite of the challenges brought on by Covid-19, the BVI continues to fare well compared to most  countries in the region and the world overall,” Mr. Fahie said.

Although the decrease from last year may be modest, it also fits with a longer-term downward trend in financial services’ contribution to government revenue since 2018. From nearly $160 million in 2007, the revenue rose steadily to almost $185 million in 2013 before trending downward for the next three years to about $170 million in 2016.

Following a $5 million bump the next year, incorporation fees were raised, and industry fees contributed an all-time record of nearly $231 million to government in 2018.

It also made up a smaller percentage of the territory’s overall revenue last year, at less than 53 percent, Mr. Fahie has told the HOA.

He also has noted that the 2020 year-end figure was higher than the projection revised after the pandemic arrived, but lower than originally projected.

Meanwhile, despite a slight boost in the third and fourth quarters, 2020 new incorporations hit a 21-year low of 22,362 for the year, according to fourth quarter statistics released recently by the Financial Services Commission.

The annual tally of new incorporations peaked in 2007 at 77,022. In spite of some fluctuations since then, the tally saw a long-term decline culminating in a 20-year low of 26,150 last year. As of press time, no incorporation numbers had been released for 2021.