During recent question-and-answer sessions in the House of Assembly, Premier Andrew Fahie and Health and Social Development Minister Carvin Malone both refused to answer questions about tracking technology used to …

END_OF_DOCUMENT_TOKEN_TO_BE_REPLACED 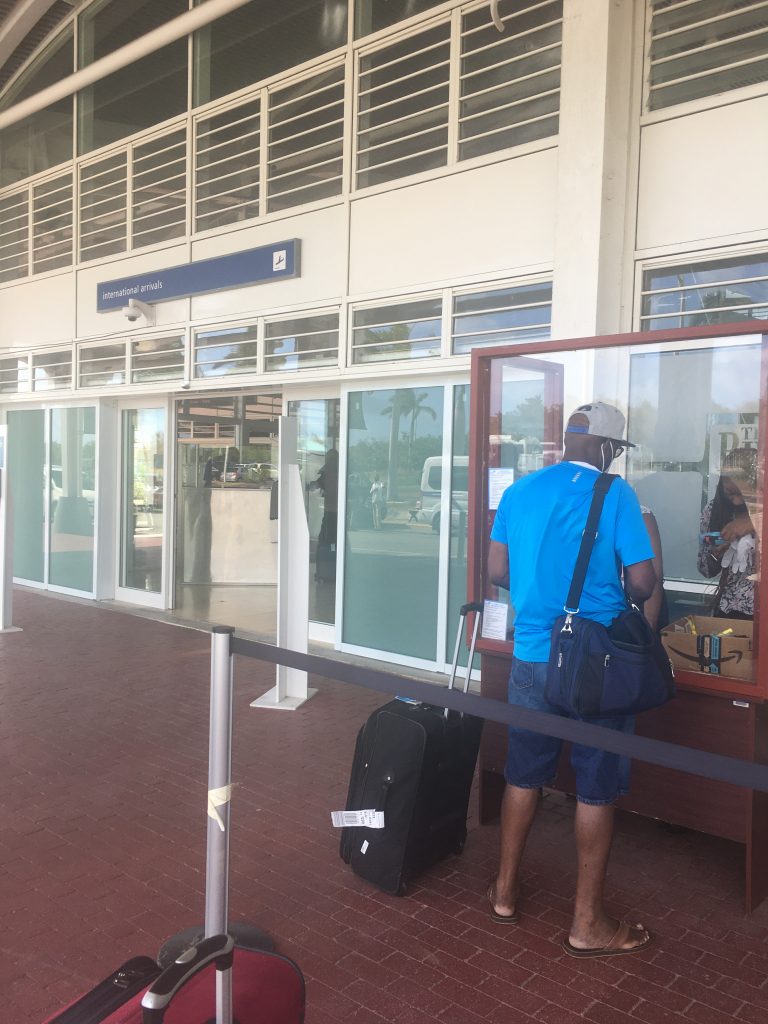 An arrival receives a tracking device outside the airport. (File photo: CLAIRE SHEFCHIK)

During recent question-and-answer sessions in the House of Assembly, Premier Andrew Fahie and Health and Social Development Minister Carvin Malone both refused to answer questions about tracking technology used to help enforce quarantine rules during the Covid-19 pandemic.

To justify their refusal, they cited a clause in the HOA’s Standing Orders that prohibits questions about “matters referred to a commission of enquiry.”

Opposition Leader Marlon Penn asked Mr. Fahie last Thursday for the name of the contractor providing tracking equipment for quarantined travellers; if the contract was tendered and for the tender documents; how much the contract cost; who was contracted for data services; the cost of each device; how much money has been collected; and how much has gone to the central government.

Mr. Fahie responded first by stating, “Your government is an advocate for transparency and accountability.”

However, in response to the questions, the premier cited Standing Order 17.1 G4, which states that no question shall be asked in the HOA “which deals with matters referred to a commission of enquiry.”

Mr. Penn pushed back on one question: the matter of revenue collected from travellers.

“Is that under scrutiny too by the Commission of Inquiry?” Mr. Penn asked Mr. Fahie.

“The answer remains the same,” the premier responded.

On Tuesday, opposition member Mitch Turnbull asked Mr. Malone for the name of the company that provided the tracking devices and for the cost of each device.

“While your government is an advocate for transparency and accountability and while these two standards of government and democracy are important, Standing Order 17.1 sets out the parameters for which questions can be asked in this honourable House,” Mr. Malone said.

Government officials said in November that the Jamaica-based Amber Group would develop and provide software and other technology to help monitor arrivals during their quarantine periods.

However, government has not released the contract with the company or said how much it has been paid.

When borders reopened to tourists in December, travellers paid a fee for two tests, a tracking bracelet, and a “black box” that officials said included a GPS tracker.

But several travellers soon reported that the boxes appeared to do little besides blink and beep. Others said that the bracelets didn’t appear to be waterproof as promised, claiming that they were nearly burned while wearing them in the shower or while swimming.

Protocols for travellers have changed in recent months.

Unvaccinated travellers are still required to quarantine for seven days upon arrival and all people are subjected to testing upon arrival. It is unclear if the bracelets are still being used to track people.