A previously announced $4 million donation that will help build new additions to the Elmore Stoutt High School is coming from an anonymous donor who lives in the territory, Premier …

END_OF_DOCUMENT_TOKEN_TO_BE_REPLACED 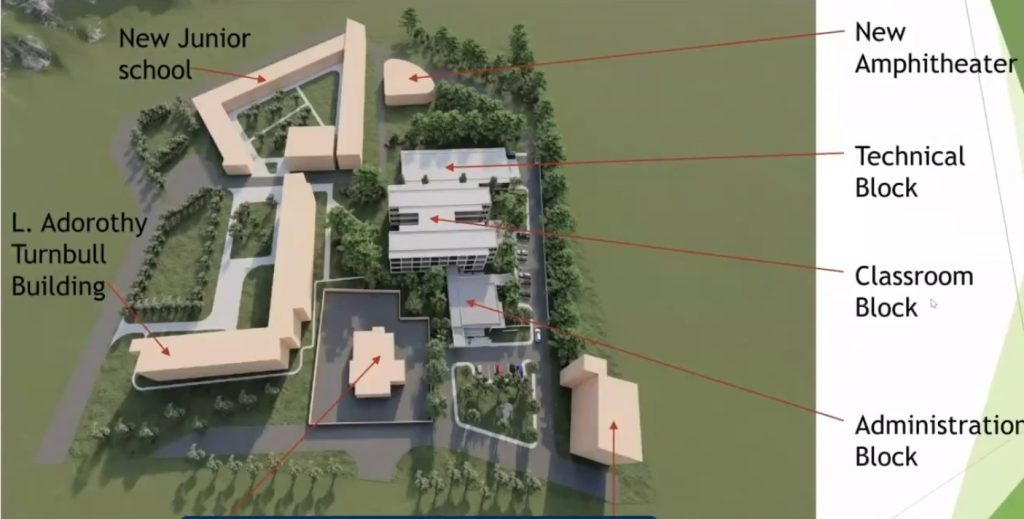 A $4 million anonymous donation will help fund the $11 million additions to the Elmore Stoutt High School campus in Road Town. Plans were unveiled in January.

A previously announced $4 million donation that will help build new additions to the Elmore Stoutt High School is coming from an anonymous donor who lives in the territory, Premier Andrew Fahie said while responding to media questions about the funds during a Friday press conference.

He also called on other community members to donate more money to finish the $11 million project.

“Now is the time for us to give back,” he said. “It’s important to move our children from the area where they are now in Pasea.”

Of the $4 million donation, $2 million has already been handed over, he added.

Mr. Fahie also said that project estimates have increased as the cost of materials has increased.

“When the contractors finished doing their bids, we recognised that the whole project has mushroomed to just under $4 million [extra],” he said. “So we challenged 70 companies to lend $60,000 a piece.”

The premier said all donations will be accounted for, that companies will be able to choose how their donations are used, and that they will be honoured by having their names on a plaque.

“We could stop projects that are happening. We can decide to do a line of credit. We could decide to do many other things to get it done as a backup, but why should we?” he asked.

He added that the project will “bring the country together” and offer an opportunity for people to “invest in an institution that has done so much.”

Mr. Fahie noted that businesses have already begun to come forward with donations of all sizes.
Officials have promised to complete the additions in time for next school year.