During a Friday press conference, Premier Andrew Fahie rehashed his administration’s policy objectives outlined during the recent Speech from the Throne, emphasising laws and other government plans that he said …

END_OF_DOCUMENT_TOKEN_TO_BE_REPLACED 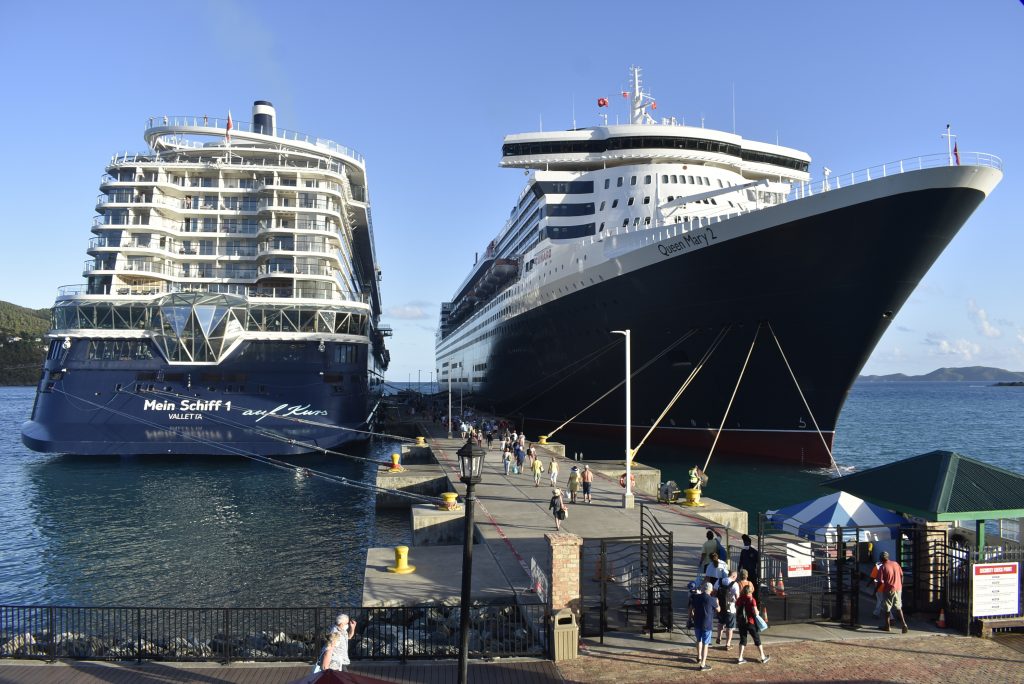 At a Friday press conference, Premier Andrew Fahie said he hopes his administration’s 2022 legislative agenda will bring a prosperous year as the territory’s tourism sector rebounds from the Covid-19 pandemic. However, he sidestepped questions about the progress of some major projects and specific pieces of legislation. (Photo: JOEY WALDINGER)

During a Friday press conference, Premier Andrew Fahie rehashed his administration’s policy objectives outlined during the recent Speech from the Throne, emphasising laws and other government plans that he said will help lift the territory’s tourism industry out of its pandemic slump.

But he often gave vague answers or declined to comment when pressed by the media on the details of some projects and plans.

In a speech at the start of the press conference, Mr. Fahie praised his government for passing a record number of laws despite the past year’s turmoil, while also blaming Covid-19 for hindering many important capital projects, including construction of the Halls of Justice.

“It took us to have to deviate a lot of funds to keep this country running,” Mr. Fahie said, adding, “Now we’re trying to focus … on some areas that had to be deferred.”

He stopped short, however, of saying where the Halls of Justice project stands, saying only that the “process is in the final stages of development” and promising a more comprehensive announcement in the next month.

The premier was similarly reticent when asked about his plans for protecting the territory’s environment.

As the House of Assembly promises to pass a raft of environmental laws in the coming year, Premier Andrew Fahie said again that the Climate Change Trust Fund board, which was disbanded shortly after his administration came into power in 2019, will be reinstated.

However, he declined to say when it would be reinstated or explain the details of two comprehensive environmental laws promised in the Speech from the Throne: the Marine Estate Administration and Coastal Zone Management Bill and the Environmental Management and Climate Resilience Bill.

As with the Halls of Justice, officials have claimed that the Anegada solar field was hindered by the pandemic, with American solar developer Rob Wallace Jr. signing the contract some 16 months after he was announced the winner of a controversial tender process.

At Friday’s press conference, Mr. Fahie declined to comment on the project’s progress, saying he would ask the BVI Electricity Corporation to update the public.

The press conference was also held in the shadow of the Commission of Inquiry report, which was supposed to be released this month but was delayed until April after COI Commissioner Sir Gary Hickinbottom blamed the government for disclosing documents late in a disorganised manner.

Mr. Fahie declined to speculate on the outcome of the contentious inquiry, but he repeated his position that while his administration supports a transparent and independent inquiry, no country or territory could undergo that process without exposing issues that need to be fixed.

One of the amendments that Mr. Fahie intends to pass this legislative session takes direct aim at the COI process: The 141-year-old Commission of Inquiry Act, which he said will “be improved and modernised to come in line with the Virgin Islands Constitution and Human Rights Act, to strengthen our good governance.”

Mr. Fahie also said his government is committed to passing the Human Rights Commission Act, the Police Act, and the Freedom of Information Act, among others.

He added that the long-awaited constitutional review will be launched in the next two weeks and encouraged residents to participate as widely as possible.

In a year in which the Department of Labour and Workforce Development has frequently changed its processes for work permit applications and renewals, leading to a backlog of applicants and exacerbating a labour shortage, Mr. Fahie also promised to pass laws to ease this backlog while reserving opportunities for Virgin Islanders.

“I want to reiterate that the official position of your government is that [Virgin Islanders] who are suitably qualified for a job should get the first preference,” Mr. Fahie said, adding, “At the same time, we have to face certain realities when it comes to certain types of positions, and why in some instances there is no choice but to recruit from beyond our shores.”

Mr. Fahie conceded that more training is needed for some segments of the local workforce, but he also said Deputy Governor David Archer Jr. is leading a salary review and “modernisation exercise” that he hopes will lead to better job conditions for public service employees.

Responding to questions from a reporter, the premier also acknowledged that more workers are needed to fill current openings in the public service, and he said that Mr. Archer is exploring stopgap measures to resolve the staffing issue.

However, he also pushed back on the notion that Virgin Islanders have been passed over for some high-profile bureaucratic jobs.

Using as an example Kurt Menal, a St. Lucian who this month was named managing director of the BVI Airports Authority, Mr. Fahie said that 60 people applied for that position, but none were Virgin Islanders.