Last week Premier Andrew Fahie took responsibility for the implementation and quick reversal of a wharfage fee hike on petroleum products that would have raised electricity bills in the territory. …

END_OF_DOCUMENT_TOKEN_TO_BE_REPLACED 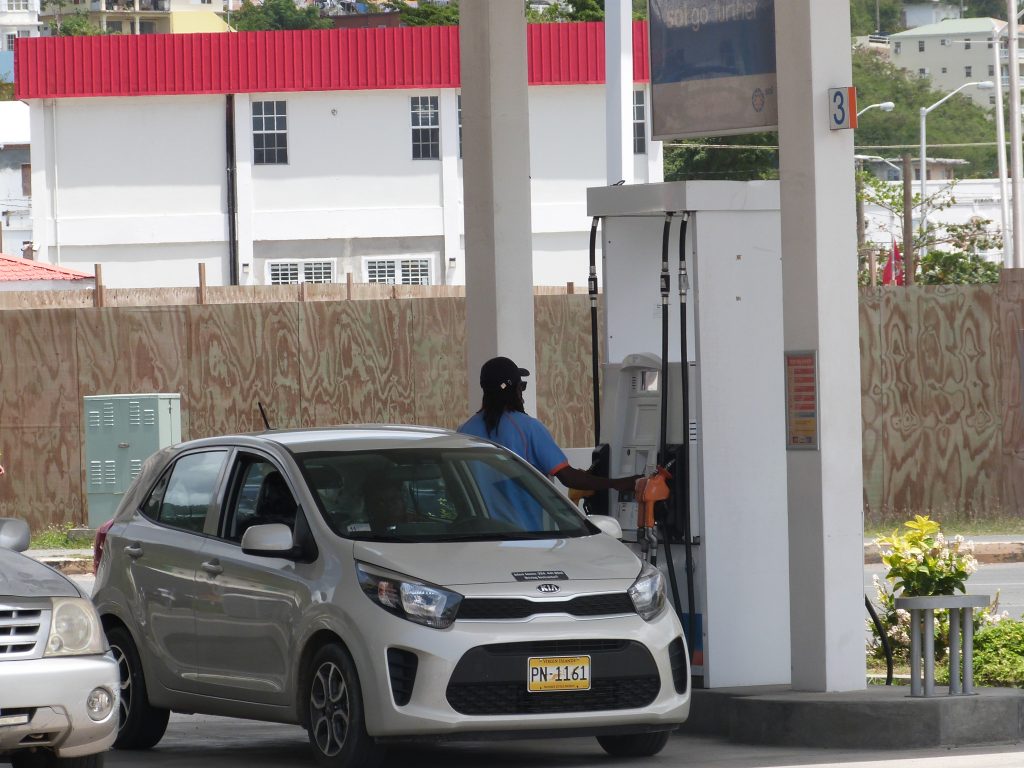 Premier Andrew Fahie took responsibility for a fee increase that upped wharfage fees on petroleum products, but he rolled back the increase for the BVI Electricity Corporation last week. (Photo: ARTHUR DICK-READ)

Last week Premier Andrew Fahie took responsibility for the implementation and quick reversal of a wharfage fee hike on petroleum products that would have raised electricity bills in the territory.

The quickly open-and-shut saga began when the BVIEC issued a press release on May 18 to announce that under an amendment to the BVI Ports Authority Regulations, which was approved by Cabinet and Gazetted on April 15, a wharfage fee of 10 cents per gallon would be charged on petroleum products discharged through a ship’s pipeline to the BVIEC’s facilities.

“Due to the imposition of this new law, all customers’ electricity bills from May 2021, and going forward, will include this increase in the cost of fuel to produce electricity in the ‘fuel surcharge’ section of your electricity bills,” the press release stated.

The BVIEC imports about a million gallons of fuel with each shipment, the release noted, adding that the increase would be reflected in customers’ May bills under the heading “fuel surcharge.” It did not say how much bills would increase.

Previously, petroleum products were exempt from wharfage fees, according to the BVI Ports Authority Regulations, 1995.

The day after the announcement, the BVIEC announced an abrupt reversal.

In a new release, the utility stated that it had been “working assiduously” with the premier and the BVIPA to “progress an exemption” from the act.

“Great progress has been made as the premier in his exercise of powers has advised that BVIEC will be exempted effective immediately from this
regulation,” the release stated.

“As such, customers’ June bills will reflect a reversal of this wharfage fee.”

During a press conference last Thursday, reporters questioned why the premier approved the increase only to change his mind later. In response, Mr. Fahie took responsibility for the increase and  the reversal, saying he was “not going to throw anybody under the bus.”

“You do not give the people hardship, especially during Covid-19, as it’s been said by some, but I would not run for my responsibilities. I apologise,” he said. “It is something that should not have happened. But I’m not going to blame anyone.”

However, in response to another question he acknowledged that the BVIEC would not be the only entity affected by the recent increases in wharfage and other port fees.

The fee hikes — which he said are the first for the BVIPA in 25 years — were announced in January and included nearly across-the-board increases for licences and fees, some of which would more than triple starting March 1. However, in April, the BVIPA announced an attempt to
appease critics and ease the pain by phasing in the adjustments over time.

Last Thursday, the premier explained that the phased rollout was designed to help businesses suffering from sticker shock.

“The increase to the private citizen, some of them were four cents and some of it was $2,” he said. “In terms of the monthly increase, it is not insignificant, but the businesses [are] where that would have taken a little more hit.

So that is why I know that it  should have never reached as far as it has.”

Under the new plan, revised licence fees for customs brokers  and agents took effect in March, as did new fees for storage, wharfage, line handling, and container and vehicle access.

The other increases were scheduled to take effect May 1, but they were postponed until next year.

“We have to monitor to make  sure that they’re rolled back so that they don’t affect the businesses anymore in that manner,” the premier said last Thursday.

He added that the Consumer Affairs Unit within the Department of Trade, Investment Promotion and Consumer Affairs is charged with ensuring “that when we continue to give these incentives that they are passed on to the customers.”

Mr. Fahie also has announced more initiatives designed to help businesses, including the customs duty two-tier tariff system, revealed in April, which would allow licensed businesses in good standing to pay a lower duty than individuals who are importing goods for non-business purposes.

The two-tier system is intended to allow businesses to receive a reduction in the cost of goods that they can then pass down to customers, he explained last Thursday.

“We want to run a two-tiered system that will allow persons doing a certain level of business to bring things in at a much lower rate,” he said.

“Some of them [are] taking time; some of them are legislative changes,” he said. “But remember, we’ve been dealing with Covid-19 and it has been a challenge, you  know. We feel that we have the vaccines and we’re trying to balance things. I can safely tell you that you’ll be seeing more initiatives come now that [are] going to help businesses right now.”