Premier Andrew Fahie appears to have softened his government’s stance on the United Kingdom’s push for the overseas territories to enact public registers of beneficial owner- ship by 2023. For …

END_OF_DOCUMENT_TOKEN_TO_BE_REPLACED 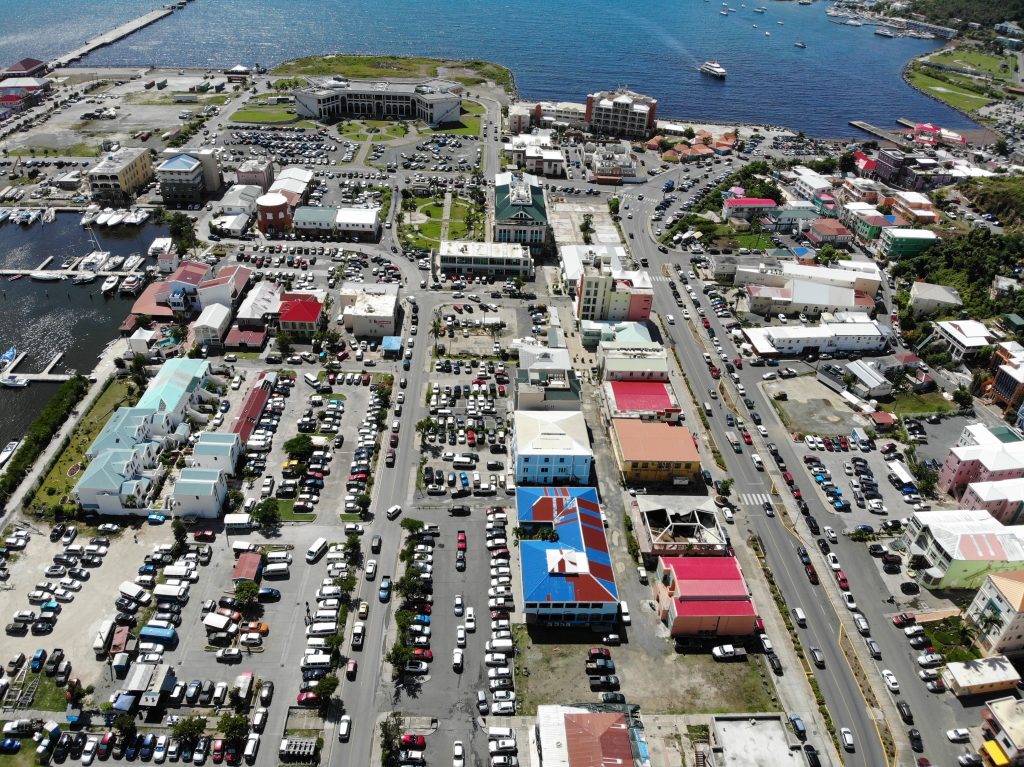 Many financial services firms in Road Town suffered extensive damages, but contingency plans and offices abroad meant that most of them were able to continue to operate with little interruption. Rebuilds are ongoing. (File photo: FREEMAN ROGERS)

Premier Andrew Fahie appears to have softened his government’s stance on the United Kingdom’s push for the overseas territories to enact public registers of beneficial owner- ship by 2023.

For months, the Virgin Islands was the sole holdout as other territories and Crown dependencies agreed to work toward the measure, which the UK Parliament required as part of the Sanctions and Anti- Money Laundering Act 2018.

But speaking in the House of Assembly on Tuesday, the premier said his government “commits to work in collaboration with [the UK government] towards a publicly accessible register of beneficial ownership for companies in line with international standards and best practices as they develop globally and, at least, as implemented by the [European Union] member states, by 2023, in furtherance of the EU Fifth Anti-Money Laundering Directive.”

As the territory advances the commitment, he added, “We will be informed at all times by global best practice at the time within a timeframe that we consider deliverable.”

The VI government has said for years that it would not adopt public registers until they be- came a global standard, which presumably would include Delaware, Nevada and other states in the United States that are unlikely to sign up.

But the territory has come under increasing pressure to comply. In July, eight more OTs joined the group of jurisdictions that had already committed to implementing the registers at the same time as the EU in accordance with the requirements of the Fifth Anti-Money Laundering Directive, leaving the VI as the last inhabited OT or Crown dependency holding out.

The same month, Baroness Liz Sugg, parliamentary undersecretary for the UK’s Foreign and Commonwealth Office, called out the VI for its reluctance to commit, telling the UK Parliament that the UK government would “prepare a draft order in council before the end of 2020 [requiring the public registers by 2023], which will be published.”

In a Tuesday Tweet, Ms. Sugg said it was “great news” that the VI would “join all other overseas territories by committing to adopt publicly accessible registers of business owners by 2023.” She added, “This is a strong signal of the UK family’s commitment to tackle the global problem of illicit finance.”

In the premier’s Tuesday update, he acknowledged that the success of the financial industry requires the territory to continue to align itself with standards as they emerge, but also claimed that without appropriate checks and balances public registers could be abused for terroristic and other criminal purposes. “The innocent could also be deprived of their safety and enjoyment of their legitimate property as they and their families could be exposed through the publicly accessible registers to their personal information being easily accessible by per- sons with ill intent such as kidnappers,” he said.

He added that while it is a noble goal to clamp down on money-laundering, terrorist financing, and other criminal activity, there must also be a view toward protecting the rights of law-abiding and taxpaying individuals who use VI companies for legitimate reasons.

To that end, he said, he has written to the UK suggesting alternative models to limit access to some levels of data in the register. The premier also touted the VI’s existing Beneficial Ownership Secure Search System, a portal that allows company information to be shared with law enforcement abroad on request.
Since that system was introduced in 2017, VI leaders had held out hope that the UK would deem it sufficient. The premier suggested again on Tuesday that such alternatives should be considered.

“These pose significantly less risk to the financial services industry while satisfying the objectives of law enforcement to identify and prosecute terrorists, tax evaders and money launderers, while not disproportionately infringing on the rights of the innocent and law abiding,” he said. “It is the BVI’s submission that such models are worth exploring in the meantime.”