A “template” of an economic stimulus plan has been approved by the Cabinet and will be presented to the public soon, Premier Andrew Fahie promised on Saturday. Though he stopped …

END_OF_DOCUMENT_TOKEN_TO_BE_REPLACED 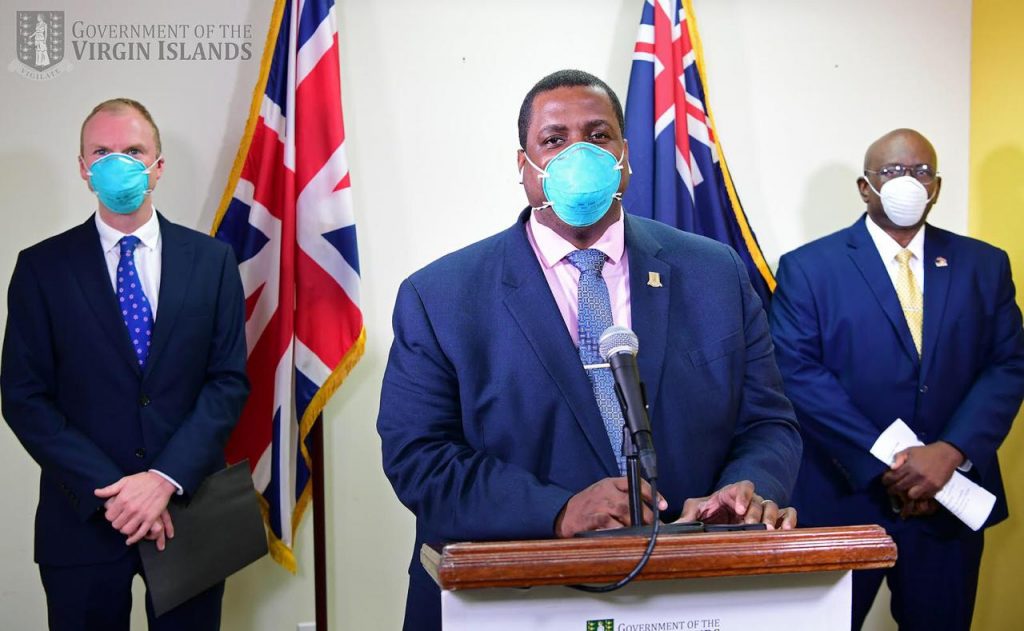 A “template” of an economic stimulus plan has been approved by the Cabinet and will be presented to the public soon, Premier Andrew Fahie promised on Saturday.

Though he stopped short of providing full details of the plan — which he has been promising for more than a month — he did say that it includes various initiatives the government has launched in recent weeks: the $2 million initiative to help farmers and fishers; free water services to residents for a month between March and April; the $2 million Territorial Provisioning Logistical Plan that provided food packages to thousands of residents last week; and the temporary $800,000 house-to-house garbage collection initiative.

“I know that everyone is anxious to hear about the other immediate relief and economic stimulation proposal by the government,” he stated Saturday, though he did not disclose when the announcement will come.

On March 22, government ordered businesses to close between 8 p.m. and 6 a.m. daily, and officials announced that all ports were closed to residents and tourists alike. Though some businesses tried to adjust, six days later, a round-the-clock curfew was imposed on every- one except essential workers.

From March 27 until Monday of this week, most of the territory was in a state of 24-hour lockdown, except for three days when people were allowed to shop at essential businesses.

No comprehensive unemployment figures have been provided, but hundreds, if not thousands, of people have lost their jobs at least temporarily.

According to the premier, part of the stimulus package was the Rapid Response Fishing and Farming Production Programme, which was approved in Cabinet on March 20.

Their biggest challenges, he said, were a lack of irrigation, access to suppliers, import costs, and seeds and seedlings.

On Friday, a government announcement stated that local fishers were offering seafood for delivery. Clearance for the approved fishers was given on April 21, and deliveries and fishing were to be done between 6 a.m. and 7 p.m., government said.

Some took to social media to post their catch, encouraging residents to buy the fish for prices per pound. One such post included lobsters for $8 a pound, and wahoo for $7 a pound. Some catch was also sold in Road Town this week by the ferry terminal.

Transportation, Works and Utilities Minister Kye Rymer announced on March 20 that all water bills from the Water and Sewerage Department were suspended for a month starting March 19, and that residents who didn’t have access to water service would receive free deliveries.

Water shortages that same week were the result of producers cleaning their systems, Mr. Rymer said in a March 27 statement, just before the start of the first 24-hour curfew.

In the past couple weeks, government posted announcements of water interruptions throughout the territory. The purpose, government stated, was to facilitate maintenance at water production plants.

More recently, with the abrupt decision to extend a two-week curfew for another week following the announcement of the first Covid-19 death in the territory on April 18, government announced an initiative that would provide food and essential items to struggling residents.

Government allocated $2 million toward the Territorial Provisioning and Logistical Plan, which directed supermarkets to supply thousands of packages.

Residents were encouraged to sign up for assistance online or call the Food Need Hotline, which was set up specifically for the task.

Public officers were redeployed to assist at the hotline and other services, such as deliveries and packaging.

Throughout last week, volunteers also played a hand in the plan.

Also during the first six-day curfew beginning on March 27, residents were instructed not to leave their homes even to dispose of garbage, which caused an uproar in the community regarding health hazards.

Prior to the two-week curfew that began on April 4, a home-to-home garbage collection schedule was released and residents were encouraged to leave their trash outside their residences on certain days be- tween certain hours.