The Virgin Islands government is close to entering into an official relationship with China’s largest association for small and medium-sized enterprises “for the development of a trading platform,” according to …

END_OF_DOCUMENT_TOKEN_TO_BE_REPLACED 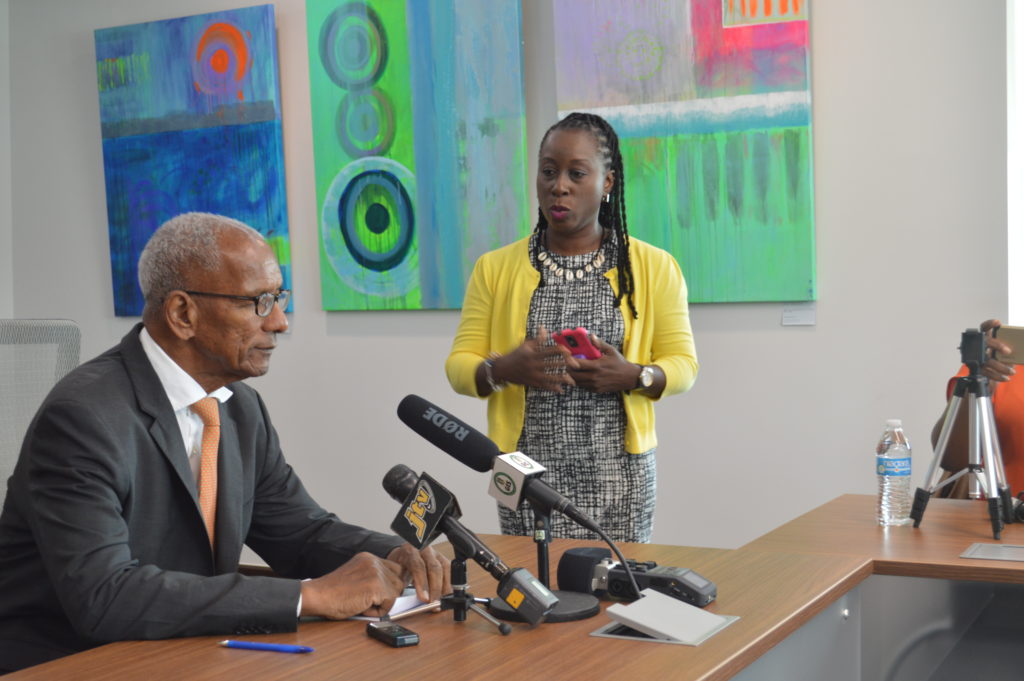 The Virgin Islands government is close to entering into an official relationship with China’s largest association for small and medium-sized enterprises “for the development of a trading platform,” according to Premier Dr. Orlando Smith.

The territory has had a “working relationship” with the group — the Beijing-based China Association of Small and Medium Enterprises — for two years, Government Information Services reported.

As part of his financial services promotional tour through Asia this month, Dr. Smith (R-at large) met with CASME’s CEO, chairman and other senior officials on June 13.

“I am pleased that subject to compliance and other related arrangements, that Bank of Asia will also be involved in that relationship which combines the latest developments in [financial technology] with business development,” the premier said in a press release.

This essentially meant the launch of a new product, which would lead to new business incorporations, he added.

The tour — which spanned five cities and lasted from June 2-17 — involved meetings with the Chinese Ministry of Foreign Affairs, Ministry of Commerce and the China Friendship Association, according to GIS.

It also included promotional conferences with Chinese and Hong Kong financial services industry practitioners. Each drew more than 100 attendees, according to BVIF.

Dr. Smith’s talking points during 11 speeches centred around the launch of the Bank of Asia, as well as the promotion of new VI products like the recently established micro business and limited partnership regimes.

“China represents some 40 percent of BVI’s financial services business, and it’s important for the premier to be here to build confidence in the market,” said Elise Donovan, the director of BVI House Asia. “We are committed to following up on the contacts and leads we have made during this road show to ensure that we take BVI’s business to the next level in Asia.”

Dr. Smith couched the trip as a success.

“Clearly, the BVI remains in pole position in the Asian market,” he said. “This was the consensus of practitioners presenting at the various conferences. Recent BVI innovations in corporate structures and fintech garnered a great deal of attention.”