During an announcement last Thursday, Premier Andrew Fahie touted a recent credit rating report listing the territory as “stable” with a double A rating. The Caribbean Information and Credit Rating …

END_OF_DOCUMENT_TOKEN_TO_BE_REPLACED 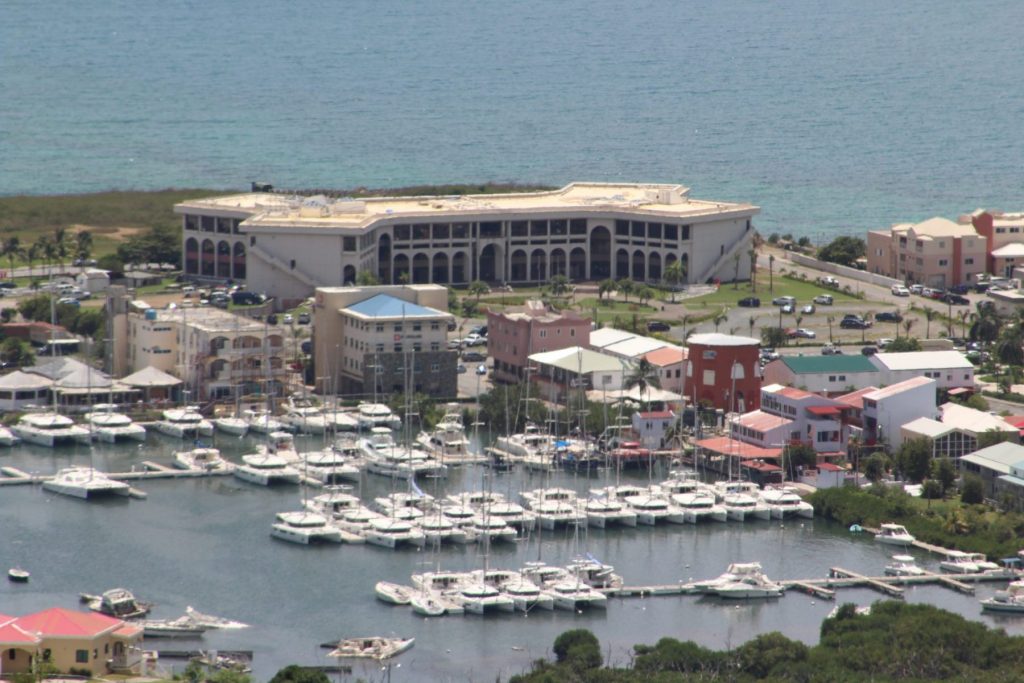 The latest CariCRIS report factored in recovery efforts from the hurricanes of 2017 when it listed the economic state of the territory as “stable.” (File Photo: ZARRIN TASNIM AHMED)

During an announcement last Thursday, Premier Andrew Fahie touted a recent credit rating report listing the territory as “stable” with a double A rating.

The Caribbean Information and Credit Rating Services Limited — or CariCRIS — issued a report at the end of March giving the territory a AA- rating for foreign and local currency.

“CariCRIS has rated the Virgin Islands’ level of credit- worthiness as high compared to other countries the Caribbean, and projected a stable outlook,” Mr. Fahie said. “One of the factors that contributed to this rating, according to CariCRIS, is the Virgin Islands’ prudent fiscal policy and the maintenance of low debt.”

It also acknowledged weaknesses, including human resource capacity constraints from a small population and lack of monitoring hindering targeted policymaking.

“CariCRIS also noted that while Covid-19 set back our economic recovery in the aftermath of the 2017 hurricanes, your government’s implementation of a number of initiatives to protect incomes and stimulate economic activity helped to expand [gross domestic product] by an estimated 2.3 percent in 2021 from the projected contraction of 9.5 percent in 2020,” Mr. Fahie said.

CariCRIS predicted that the territory will have a GDP growth of at least five percent over the next two years, as well as increased visitor arrivals and company incorporations.

On the other hand, the total public sector debt may increase to over 40 percent of GDP and any change in the VI’s overseas territory status resulting in lost support from the UK could bring negative effects, the organisation noted.

The report lists the VI as one of the wealthiest territories in the Caribbean, with a GDP per capita of $39,211.

“Based on the latest data available, CariCRIS reported company incorporations and registrations in the Virgin Islands increased by 62.2 percent year-on-year, and the Virgin Islands remains one of the largest players worldwide in offshore company registrations, with a registry of approximately 372,911 active incorporated entities as at September 30, 2021,” the premier added.

Also during his speech, the premier mentioned the temporary reduction of import taxes, which began on Friday.

He said that the Cabinet had successfully passed the measure, which reduced taxes on all imported products to just five percent.

The lowered tariffs will remain in effect for three months to start. The premier encouraged businesses to pass along the savings to consumers, and he warned them that the government would keep a watchful eye.

“We continue to monitor the situation and how this is affecting you,” he said. “To ensure that the savings and benefits are passed on to you, the consumers, your government will be monitoring businesses through the trade department, with its consumer protection function, and in collaboration with various government agencies.”