Though the Virgin Islands’ 2022 fiscal policy was overshadowed by global economic crises and the lingering effects of the pandemic, Premier Dr. Natalio “Sowande” painted an optimistic picture of a …

END_OF_DOCUMENT_TOKEN_TO_BE_REPLACED 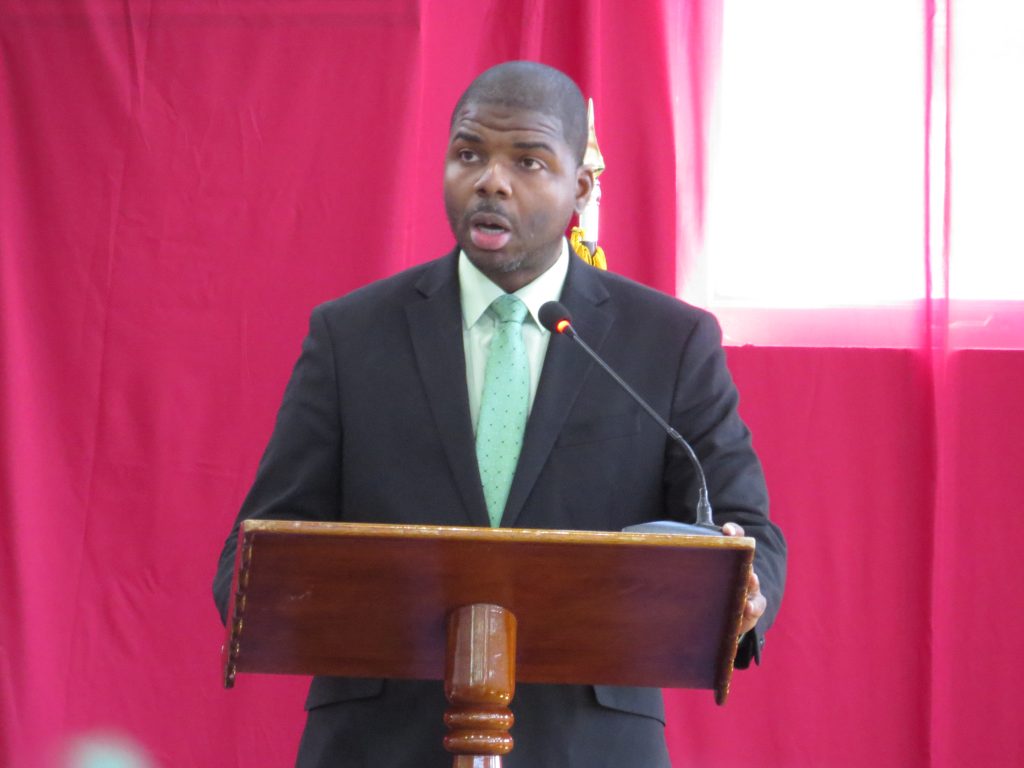 The National Unity Government announced it will plan for a 2023 budget just shy of $400 million, funding projects like the planned Hall of Justice. (Photo: DANA KAMPA)

Though the Virgin Islands’ 2022 fiscal policy was overshadowed by global economic crises and the lingering effects of the pandemic, Premier Dr. Natalio “Sowande” painted an optimistic picture of a future focused on infrastructure growth during his first budget address on Nov. 29 in the House of Assembly. The total budgeted expenditure is $399.33 million, which will be used to jumpstart upcoming projects like school repairs and the construction of a Halls of Justice, Dr. Wheatley said.

“The 2023 projection is conservative, but the numbers show that the Virgin Islands economy is performing above expectations,” he added.

As for 2022, he said revised budget estimates showed a total government revenue of $361.35 million, $4.7 million higher than projected.

Of the total 2023 budget, $335.08 million is slated for recurrent expenditures, $41.59 million for capital expenditures, according to the premier.

Additionally, $15.52 million is allocated for repayment of debt principals, with $7.15 million for various statutory fund contributions.

With the capital funding, government is turning its attention to several projects that have been in the making for years, according to the premier.

On the list is the new Halls of Justice facility that is expected to house the Office of the Director of Public Prosecutions, the Magistrates’ Court, the Attorney General’s Chambers, and the High Court, the premier said, adding that $2.16 million is allocated for the first phase of development.

“There is an urgent need to restore full functionality and capacity of our courts, and through this project, which will be delivered by the [Recovery and Development Agency], we expect to provide a facility with the capacity to address the needs of the courts while saving revenue currently being paid in rent,” he said.

Meanwhile, about $500,000 is allocated to continue work on the Ralph T. O’Neal Administration Complex, and a further $962,500 will go toward rebuilding community centres in Cane Garden Bay, Brewers Bay, and the East End/Long Look area, the premier said.

To complete works on the delayed National Emergency Operations Centre, $5.9 million has been allocated, he noted, adding that “substantial progress” was made this year on foundational works.

Additionally, about $3 million has been allocated for sewerage works in East End, Long Look, Fat Hogs Bay, Cane Garden Bay and Road Town, according to the premier.

Construction on school facilities is another government priority, the address noted.

Dr. Wheatley said $4.1 million is allocated for 2023 for development of the Jost Van Dyke Primary School and Multi-Purpose Educational Facility, the contract for which was signed in August.

“This project will provide a fit and proper facility from which our children on Jost Van Dyke will have access to a comfortable and all-inclusive learning environment comparable to those on Tortola, Virgin Gorda and Anegada,” he said.

About $1.6 million is allocated for rebuilding the Eslyn Henley Richiez Learning Centre, and another $500,000 is earmarked for school facility maintenance throughout the territory, according to the address.

He added that the nominal gross domestic product growth projections in 2021 came to 2.2 percent.

“The evidence to support this growth was in the return of activities in the tourism industry, with the increase of economic activities within the wholesale and retail industry and accommodation and food services,” he said, adding, “Confidence in the financial services sector continued to show in the small but steady growth, while activities within other economic areas realised increases as well.”

Dr. Wheatley said the Commission of Inquiry investigation and events following the arrest of former Premier Andrew Fahie in April “have been damaging to our reputation, which affects investor confidence.”

However, he said his goals include restoring that confidence through the ongoing government reform spurred by the COI.

“We must also take ownership of reform by going beyond the COI and implementing improvements to our public services, delivering on progress for our people,” he said.

The HOA will review and finalise the budget in the closed-door Standing Finance Committee in the coming weeks, and it is expected to take effect Jan. 1.