Complaints about skyrocketing prices and a scarcity of some goods have been popping up on local social media, and Virgin Islands stakeholders with knowledge of the shipping industry said these …

END_OF_DOCUMENT_TOKEN_TO_BE_REPLACED 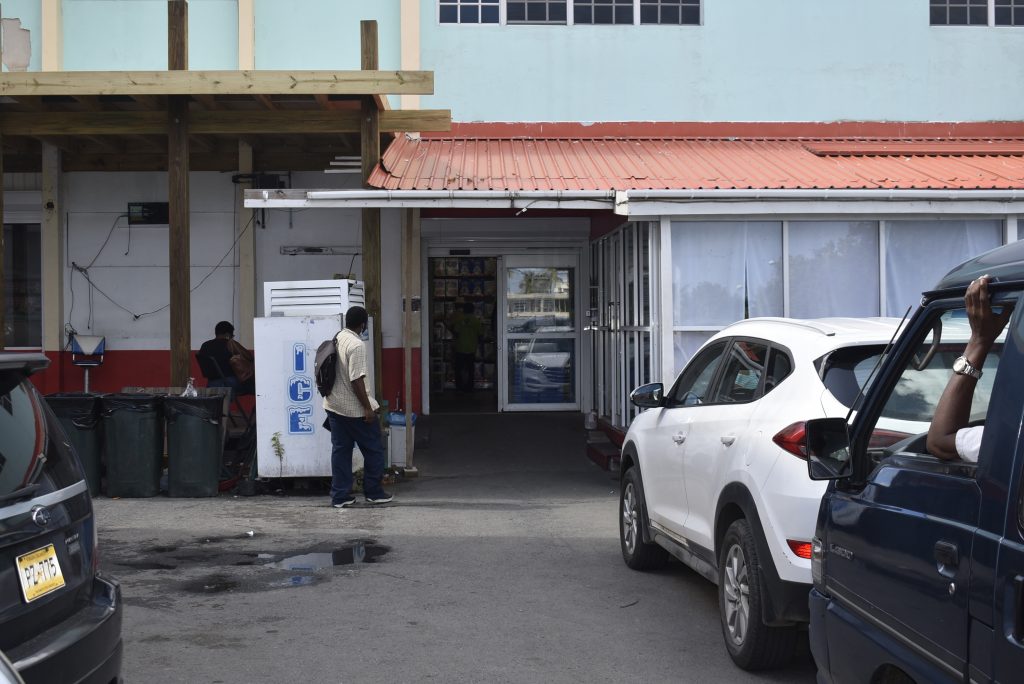 Complaints about skyrocketing prices and a scarcity of some goods have been popping up on local social media, and Virgin Islands stakeholders with knowledge of the shipping industry said these users are not imagining things.

“I will say that the shipments and the freight is costing more because of fuel cost and also because of the general supply chain slowdown from everywhere,” said One Mart CEO Mark Vanterpool, who also represents the Fourth District in the House of Assembly.

“So trucking in the [United States] is more costly, and ocean freight has gone up because of the increase in prices.”

Furthermore, delays at the port in West Palm Beach, Florida, where he said some 60 percent of VI imports originate, may soon cause his company and others to have to look farther away for shipments of fresh fruits and vegetables, further increasing costs.

Christopher Haycraft, managing director of Island Shipping, said he has seen a dwindling supply of some products, which began earlier during the pandemic and continues now.

“I’m a shareholder in Golden Hind Chandlery, and so some of our supply chain has been hit, but that was hit from Covid,” he said. “But it was just
a slowdown, you know: There’s still been a supply.”

Mr. Vanterpool said to brace for further impact, predicting that the VI supply chain “will be affected in the not too-distant future” to the point where “some of the supplies that we get, especially on the fruits and vegetable side, would come over from California.”

Backed-up ports, scarce items and higher prices have become common around the globe in recent months, dampening hopes for an economic recovery in the wake of the pandemic-related slowdown. The New York Times reported 50 ships marooned last week near Los Angeles and New York and hundreds waylaid off China. Causes include the short supply of shipping containers in China and a lack of labour needed to move goods off the ports and transport them, the NYT reported.

According to the Institute for Supply Management, US manufacturers are now waiting an average 92 days to assemble the parts and raw materials they need to make their goods — the highest number since the record-keeping began in 1987.

The VI, always hobbled by higher prices for the goods it imports mainly from the US, is falling victim as well.

Both Messrs. Vanterpool and Haycraft reported that they expect prices in the territory to continue to rise.

“There’s a supply chain issue, because there’s a lack of truckers; the ports are working slow. And so ships can’t turn around as quickly,” Mr.
Haycraft said. “Will it trickle down to the BVI? The cost will. That’s probably a bigger issue than the actual supplies, and the prices for everything will skyrocket. And that’s just a supply-and-demand situation.”

Mr. Vanterpool said paper goods like toilet tissue and paper towels had already started to get more elusive during the pandemic.

“That kind of stuff has become relatively difficult to get on a regular basis in large quantities. So we’ve had to go and source people elsewhere other brands,” he added. “A lot of those products would come out of other areas like Panama, and so the transshipment into the US and into BVI takes longer.”

The new supply chain issues are exacerbating that shortage, and Mr. Vanterpool warned consumers that the situation may get worse before it
gets better, resulting in emptier Christmas stockings this season.

Fortunately, he added, not much of the VI’s imported food comes from China — though plenty of its consumer goods do.

“Shipping from China has literally tripled not just in time but the cost,” Mr. Vanterpool said. “Toys and electronics and so on, even when it gets here, it will cost more.”

Construction also could be affected due to scarcer building materials like wood and steel, he added.

Because the VI is a small territory that imports the vast majority of its goods, residents will naturally be more conscious of food security and high prices, Mr. Haycraft said, adding that this dynamic has sometimes led to panic buying in the past.

However, he added that the VI is partly insulated because companies that ship goods have learned to think ahead.

“Supermarkets and the hardware stores, they’re not bringing up their supplies saying, ‘I need 200 of it tomorrow.’ It’s, ‘I’m going to need it in three months’ time,’” he said. “So our supplies are slow and consistent. We’re probably not going to get affected. Yes, realistically, there will be some issues, but I don’t think we’re going to have a massive issue.”

He offered as a warning the recent fuel shortage in the United Kingdom, which he called “a media-driven story, which got the people panicked and they ran.” People topping up their tanks just to be safe created some of the problem, he speculated.

Mr. Vanterpool also discouraged panic, citing a pre-pandemic memorandum of understanding with government under which supermarkets keep extra stock on hand during the hurricane season.

“We, as the three or four major suppliers in particular, our stock levels are much higher during the hurricane season, especially very basic items like water and canned goods and so on,” he said.

He also pointed out that the US federal government is getting involved in tackling the issues.  Earlier this month, President Joe Biden announced a 90-day, 24/7 “sprint” to work with ports to move goods to where they belong. Such measures leave Mr. Vanterpool feeling cautiously optimistic.

“It looks like the awareness of the shipping issues has brought the world’s attention to trying to resolve that,” he said. “Especially from a food point of view, I think we are relatively comfortable so far, but we should be cautious.”