Government officials on Tuesday announced the completion of the first phase of the Housing Recovery Assistance Programme, which helped repair 80 hurricane-damaged homes with about $670,000 in funding from the …

END_OF_DOCUMENT_TOKEN_TO_BE_REPLACED 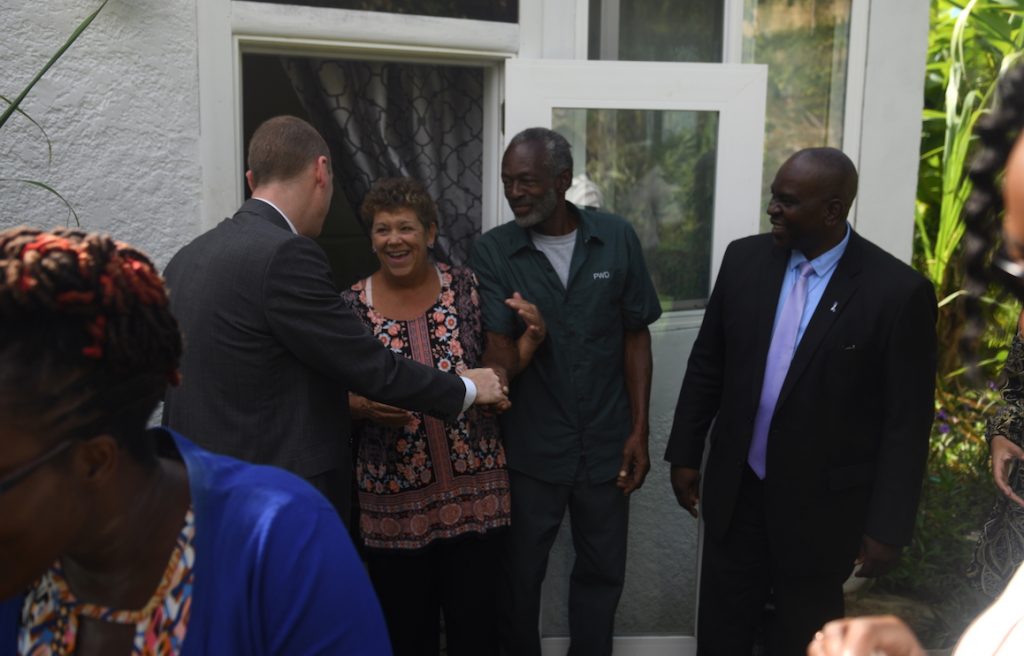 Government officials on Tuesday announced the completion of the first phase of the Housing Recovery Assistance Programme, which helped repair 80 hurricane-damaged homes with about $670,000 in funding from the United Kingdom’s Foreign and Commonwealth Office.

Though the UK government’s support has concluded, the Virgin Islands government will continue to operate the programme and to build on the short-term assistance project, Governor’s Office Programme Officer Cayley Smit said.

“The project that was started has supported the initiation of a larger recovery process and informed policy so that that could happen,” she explained.

Health and Social Development Minister Carvin Malone said the programme has received 586 requests for assistance overall, but did not say how many of those had been processed.

“We do have a number of persons still affected that cannot get into homes as of yet,” he said. “And we will look for the continuation of whatever efforts we can put together, and the best and safest way to get roofs on and windows on and get it watertight for those persons who cannot get in as of yet.”

Mr. Malone added that he will give an update on the project soon.

The announcements came outside the home of David Matthias and Debbie Callwood, two beneficiaries of the programme.

Mr.Matthias and Ms. Callwood are farmers, so the storm damaged not only their home, furniture and clothing, but also their livelihood as it blew away their trees and crops.

The programme repaired all 14 windows and two doors and provided materials like paint for the homeowners, said Charlotte Boutboul, a housing and recovery specialist who served as the team leader for the short-term assistance housing projects.

“I can’t thank you enough for everything you’ve done for us and how smoothly it went.… We’re looking forward instead of back now,” Ms. Callwood said.

Ms. Boutboul added that her team provided labour and materials for 26 homes, provided materials to 40 homes, and worked with the government on four temporary housing projects.