The ocean has long been an essential part of the Virgin Islands’ culture and economy. Yachters and beachgoers compose a large percentage of the territory’s visitors, fishers regularly ply VI …

END_OF_DOCUMENT_TOKEN_TO_BE_REPLACED 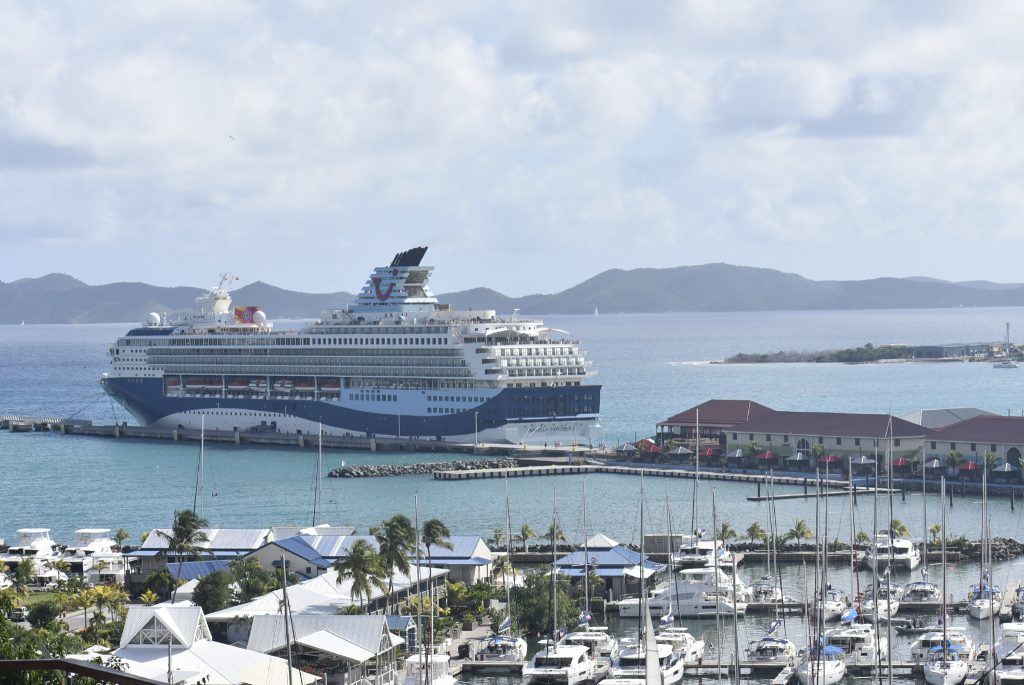 The territory is already taking advantage of its marine resources through water-based tourism, fishing and other endeavours, but a new initiative designed to further diversify the territory’s “blue economy.” (Photo: JOEY WALDINGER)

The ocean has long been an essential part of the Virgin Islands’ culture and economy. Yachters and beachgoers compose a large percentage of the territory’s visitors, fishers regularly ply VI waters, and seafood such as saltfish and conch are staples of many residents’ diet.

Now, a United Nations programme seeks to help entrepreneurs find novel ways to profit from the oceans while protecting delicate marine ecologies as part of an emerging global push to sustainably expand the so-called “blue economy.”

The Blue Lab Accelerator Programme “is going to harness the innovation and expertise of persons within the BVI who are focusing on the blue economy, Patlian Johnson, a government policy analyst, said during a Friday press conference.

To support Barbados and other members of the Organisation of Eastern Caribbean States, the regional programme seeks to offer technical and financial support to students, businesses, non-profit organisations and others with ideas for how to grow their countries’ blue economy, Ms. Johnson said.

“The lab is going to be looking for locally based innovative solutions … that require a small boost in order to get to the next stage,” said Jordanna Tennebaum, head of solutions mapping at Blue Lab, which is based in the UNDP’s Barbados office.

Programme coordinators plan to start accepting project proposals — which they’ve termed “solutions” — in the near future, according to Nikola Simpson, head of exploration at the Blue Lab’s Barbados office.

Looking at this preliminary round of proposals as an opportunity for experimentation, the lab is interested in smaller projects that can be finished within three to six months, Ms. Simpson said. Projects selected by the UNDP may receive technical assistance, such as help with grant writing, or funding: Qualified solutions may receive a grant of up to $15,000 that comes directly from the organisation’s budget and does not need to be repaid, according to Ms. Simpson.

UNDP officials may also pair applicants with philanthropic or commercial partners, such as the Branson Centre for Entrepreneurship, to help them further their project, Ms. Tennebaum said.

Successful applications will consider subjects like gender, sustainable development and environmental impact in order to benefit the wider community where the projects are implemented, Ms. Simpson said.

Apart from answering questions about their proposal’s social and environmental impact, applicants will also be asked to submit materials including a letter of intent, a summary of their project, and an estimated budget, she added.

Ms. Simpson recommended that anyone interested in the programme begin compiling these materials before the UNDP begins to officially solicit solutions, which it will do via its website and associated social media channels, Ms. Simpson said.

While the Blue Lab doesn’t explicitly include an educational component, it welcomes student participation, and prior to last Thursday’s press conference Mses. Walker and Tennebaum visited two schools in the territory to speak about the initiative.

Also, in developing the territory’s Blue Economy Road Map, government will hold a series of outreach sessions aimed at educating the community about the topic, Ms. Johnson said.

“We’re going to incorporate that with the Blue Lab, so you’ll definitely be hearing more about this,” Ms. Johnson said.

At HLSCC, students and faculty are already conducting research designed to benefit the VI’s blue economy, and some students are taking advantage of a university programme to help them find employment within it, according to Dr. Lianna Jarecki, a research consultant at the college. Dr. Jarecki pointed to the school’s Maritime Training Programme, which builds on coursework to help students find internships related to the blue economy, she said.

“[We’re] finding ways to get local people into jobs and stimulate the workforce in the various marine industries,” Dr. Jarecki said.