Opposition member Julian Fraser (R-D3) is fielding three candidates to run with him under the banner of his newly launched Progressives United party, and is promising more to come. “Not …

END_OF_DOCUMENT_TOKEN_TO_BE_REPLACED 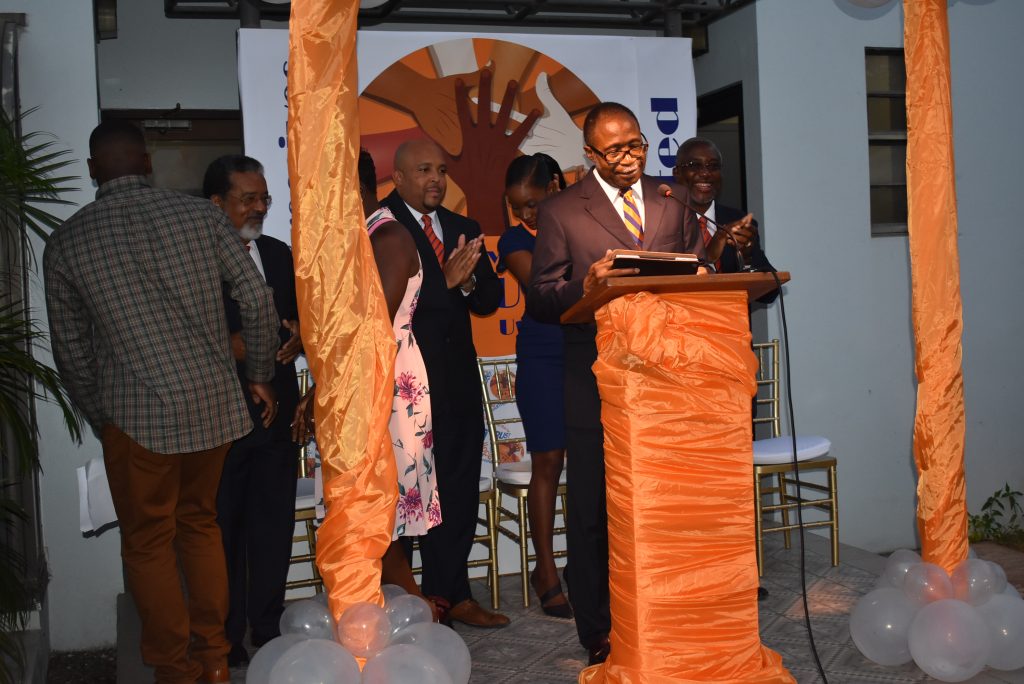 Opposition member Julian Fraser (R-D3) is fielding three candidates to run with him under the banner of his newly launched Progressives United party, and is promising more to come.

“Not everyone is here with us today, but they are coming,” he said during the campaign event on Friday afternoon in Sea Cows Bay in front of a crowd of 50 to 60 supporters.

In his speech, Mr. Fraser recounted his challenging journey to get to this point.

“The road leading to this place was unimaginably lonely,” he said, “not just because it was abandoned but because there were no conversations. It was also difficult because of the constant pressures for answers. Then there was the frustration because people just made up their own stories.”

Mr. Fraser will seek a fifth term as representative for the Third District, which includes Sea Cows Bay and its surround-ngs. He is a former chairman of the Virgin Islands Party, but he lost the position to Andrew Fahie (R-D1) last year following the VIP’s blistering loss in the 2015 election. Mr. Fahie later replaced him as opposition leader in the House of Assembly. Mr. Fraser announced the launch of PU in August.

At the Friday event, former Fourth District Representative Dr. Vincent Scatliffe announced that he will vie to retake the seat he won in 2007 and later lost to current officeholder Mark Vanterpool (R-D4).

Dr. Scatliffe pointed to the PU logo behind him and explained that the nine hands representing the nine electoral districts of the VI “symbolise our commitment to working together.”

In explaining his decision to run again, he said, “At this critical path in our beloved Virgin Islands we must elect men and women who understand … that Virgin Islanders must be given priority in social and economic development opportunities.”

Businesswoman Stephanie Brewley, a first-time politician, will compete for the First District seat. In her speech, which was written in verse, she referred to herself as “the brown girl in the ring” and “the sunflower girl.”

“This evening the secret is out. The sunflower girl has confi- dently stepped into another … political arena,” she said. “Let the cameras start rolling. … Let the bloggers start blogging; let the haters start hating.”

Former customs officer Dirk Walters will run in the Fifth District. He said he empathises with voters who are tired of mudsling- ing.

“If anyone at all understands, then I can say I do,”he said. “This same frustration is what led me into the very same arena that has been corrupted and mishandled for many, many years.”

During his speech, Mr. Fraser laid out the new party’s platform. He touched on many segments of government, from the economy to infrastructure to culture, beginning with a $10,000 cap on campaign contributions and the building of the long-promised West End customs facility. In terms of the economy, he added that it was unfair to subject local companies to the requirements meant for global business.

He called for a “registration of a new class of companies geared toward the accommodation of local businesses, affording them the traditional benefits of a limited liability company,” similar to one that existed before the repeal of the former International Business Companies Act in 2004.

He also addressed health care, saying the VI neither has the “skills nor the technology” to care for residents’ medical needs.

His plan includes expanding and improving Peebles Hospital, and earmarking up to $1 million a year to mitigate chronic disease. He also called for ending the “symbiotic relationship” between the BVI Health Services Authority and the National Health Insurance programme, saying NHI “needs its independence” and should become a statutory body.

Concerning education, he said the VI schools had “failed,” calling for separating the junior and senior high schools, exploring the possibility of consolidating others, and enacting a free school lunch programme for families making under $30,000 per year.

In addressing the subject of the labour force, he noted that PU believes that “every working- age, able-bodied belonger is entitled to a job.”

He said in the first 100 days of his government, the focus of the Labour Department would be redirected from one that functions mainly as “a facilitator of work permits to one that reduces unemployment with a view towards eliminating it.”

The party’s general philosophy was revealed in a document released previously.

“Progressives United is the result of the search for a solution to a failed leadership which resulted into an economically challenged territory and a people in despair,” it reads. “Our goal is to build on intellect and wealth, develop our resources to the benefit of citizens, protect inhabitants from physical harm and diseases, and ensure our institutions produce people that encapsulate the pride to see themselves as equal among equals.”