On Saturday Progressives United officially launched its Third District campaign with incumbent and party leader Julian Fraser at the forefront. The party’s other five candidates — who wore the PU …

END_OF_DOCUMENT_TOKEN_TO_BE_REPLACED 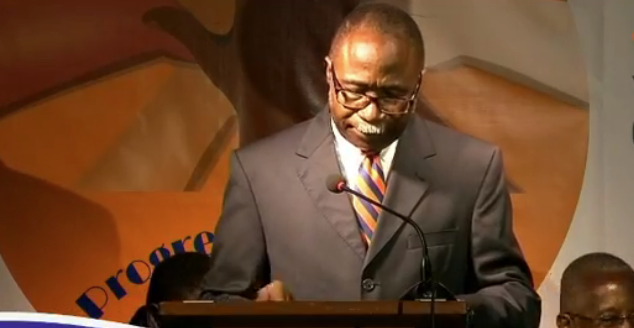 On Saturday Progressives United officially launched its Third District campaign with incumbent and party leader Julian Fraser at the forefront.

The party’s other five candidates — who wore the PU colours of blue, white or orange — introduced Mr. Fraser with high praise, setting the stage for his address to the district he has served for five terms.

Fourth District hopeful Dr. Vincent Scatliffe, a former legislator, was first on the podium, promising that a vote for Mr. Fraser would be a vote against corruption.

First-time politician and businesswoman Stephanie Brewley, who is running in the First District, commended Mr. Fraser for seeing potential in candidates like her and encouraging them to run with him.

She also described a strategic plan that she said would “empower the youth,” in part by creating the position of junior minister for youth and empowerment, and in part by allowing youths to accompany government officials in over- seas travel.

“What better way than to have someone on the scene to understand how it works?” she asked. “That’s how we learn.”

Ms. Smith, a native of Sea Cows Bay, said she is “deeply concerned with the manner in which people’s business and finances are being handled. The prices continue to rise, but salaries are stagnant.”

Mr. Walters, who was previously running for the Fifth District seat, offered advice for voters when dealing with representatives with “lofty plans.”

Mr. Smith noted his own roots in the Third District, explaining that his great-grandparents settled in Sea Cows Bay. Then he addressed issues he said plague residents on a daily basis, like water shortages.

Mr. Smith also mentioned plans to improve medical care on Anegada and Jost Van Dyke, including trauma centres and at least one ambulance vessel, and he called for “a plan to stop the pollution.”

“First of all, we will need to develop an environmental and recycling plant for the territory,” he said.

The second step to this plan, he said, is to teach residents to separate trash into four categories: plastic, glass, paper and metal.

“This is not the time for politics of hatred or division,” he said in his closing statement while announcing his support of Mr. Fraser and turning the stage over to the incumbent.”

Mr. Fraser began his speech with a swipe at the leaders of other parties, alleging disparities in their statements about him.

He added that both the other parties fielding a Third District candidate — the National Democratic Party and the Virgin Islands Party — could not be trusted in the area.

He also took credit for cleaning up buildings, sending out excavation teams, and transporting food and water to residents in the wake of Hurricane Irma.

As the incumbent with the most years in office, Mr. Fraser pulled from a long list of developments in the territory that he said he influenced, including building a new softball field, paving roads in Pockwood Pond, and the sale of Nanny Cay, among others.

He pointed out changes he said are needed, such as the lo- cation of the Department of Motor Vehicles, traffic congestion in Road Town, and food security.

Mr. Fraser added that he plans to introduce greenhouse technology in Anegada, which he said will supply Tortola and other islands with fruits and vegetables, leaving enough of a surplus to export. This move, he said, will bring meaningful employment to Anegada.

In his closing remarks, he added, “This territory is due for a constitutional advancement. Experience is what’s gonna take you out of this hole that you’re in.”

Mr. Fraser led the VIP into a bruising election loss in 2015, when the party secured two seats to the NDP’s 11. He was subsequently ousted from his position as VIP chairman.

In August, he announced the PU, which officially launched in mid-January with three candidates.