The 30-day deadline for a government response to a petition submitted June 8 demanding a commission of inquiry into a long list of grievances has lapsed, but the protestors’ next …

END_OF_DOCUMENT_TOKEN_TO_BE_REPLACED 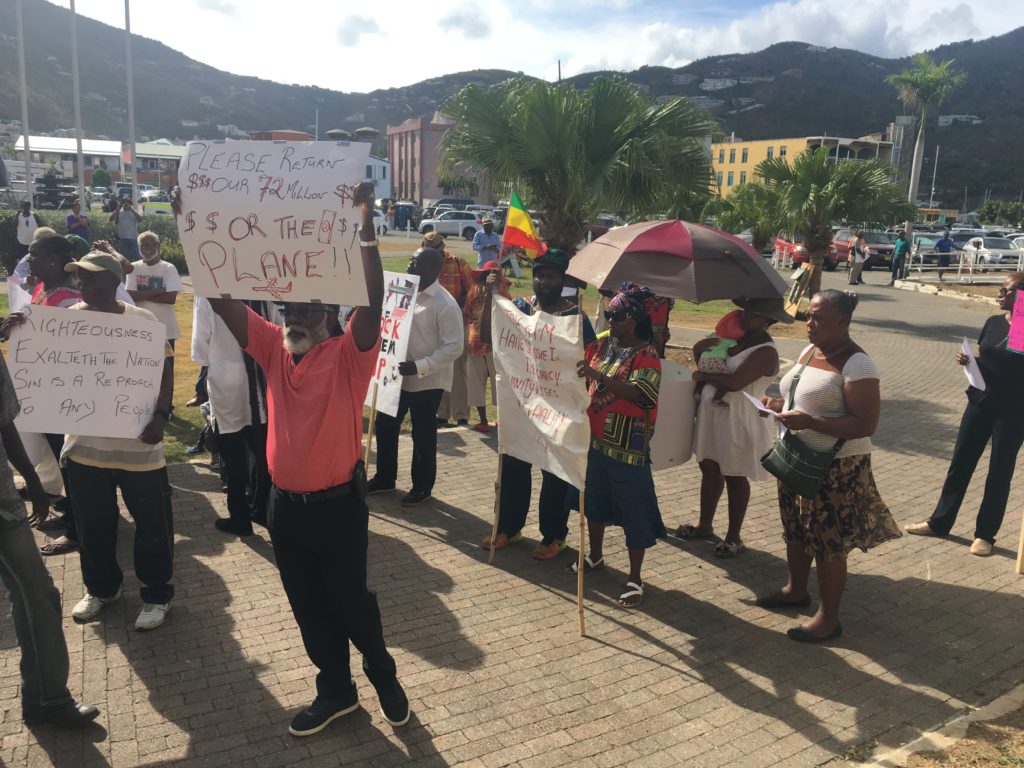 The 30-day deadline for a government response to a petition submitted June 8 demanding a commission of inquiry into a long list of grievances has lapsed, but the protestors’ next steps remain unclear.

Asked about his next course of action, protest organiser Floyd “Heritage” Burnett responded via text message, “My next step? The fact that they [did not] answer is a story itself.”

However, in a Friday interview with Cromwell “Edju En Ka” Smith on his radio show Umoja, Mr. Burnett said that the next moves could possibly include legal action.

“There are many simple things you can do even at a magistrate court level that will just set the whole vibe into different things,” he said. “There are many options on the table.”

He did not provide further details about those options.

According to materials circulated by Mr. Burnett, the petition submitted by the marchers to Deputy Premier Dr. Kedrick Pickering on the day of the march asked the government to “call for an immediate commission of inquiry into these issues within 30 days of our peaceful protest. Otherwise we shall thereby call for the resignation of our sitting government.”

The marchers’ list of “grievances,” detailed in materials circulated by Mr. Burnett and others, includes government’s $7.2 million “loan” to BVI Airways, which was never repaid even though the airline has not flown; the planned Terrance B. Lettsome International Airport expansion project; a perceived lack of details about the United Kingdom post-hurricane loan guarantee; the Coxheath dumpsite fire; and the $30 million-plus overspending for the construction of the Tortola Pier Park.

Mr. Burnett also said that he met Friday with Governor Gus Jaspert, who he called “positive and reassuring,” and explained that the governor noted that some of the grievances already are being investigated.

“Like every citizen of the country at this point, he is … waiting for a response,” Mr. Burnett said on Mr. Smith’s radio show.

He added that he provided the governor, who was out of the territory during the march, with an “authorised copy” of the petition, along with a note describing what had happened on the day of the march.

According to Mr. Burnett, the governor told him that “just like everyone, he’s hoping and waiting on an answer. If all fails, he, like anybody else, is committed to making sure that the public gets accountability and transparency on the topics suggested.”