The day of former Premier Ralph O’Neal’s funeral will be a public holiday, according to a proclamation by acting Governor David Archer Jr.  published in the government’s Gazette on Friday. …

END_OF_DOCUMENT_TOKEN_TO_BE_REPLACED 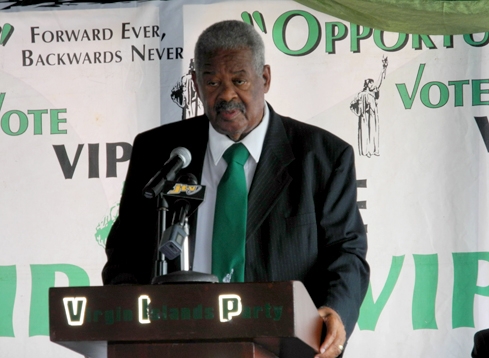 The day of former Premier Ralph O’Neal’s funeral will be a public holiday, according to a proclamation by acting Governor David Archer Jr.  published in the government’s Gazette on Friday.

Mr. Archer declared the Dec. 11 holiday on the advice of the Cabinet in accordance with section five of the Public Holidays Act, which empowers the governor to reserve a “special day” as a holiday on Cabinet’s request, according to the proclamation.

The state funeral for Mr. O’Neal, who died on Nov. 11 at age 85, is to be held at the Multi-purpose Sports Complex. Government has not yet announced when it will start.

A coordination committee chaired by Speaker of the House Julian Willock is planning the occasion in consultation with Mr. O’Neal’s family and Premier Andrew Fahie, government announced last week.

Mr. O’Neal, who served in the legislature for almost 40 years, will also be honoured during a special sitting of the HOA scheduled to start at 10 a.m. on Tuesday.

Additionally, the government has declared a “national period of mourning” leading up to the funeral.

Mr. O’Neal represented Virgin Gorda and Anegada from 1975 to 2015, and for 12 of those years he served as leader of the territory over the course of two terms as chief minister and one term as premier.