Najan Christopher, director of the International Affairs Secretariat, has been charged in connection with a diplomatic note that was allegedly sent without authorisation to request diplomatic immunity for then-Premier Andrew …

END_OF_DOCUMENT_TOKEN_TO_BE_REPLACED 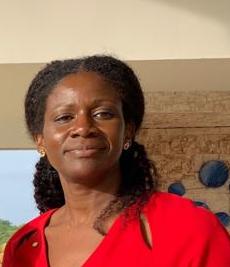 Najan Christopher, director of the International Affairs Secretariat, has been charged in connection with a diplomatic note that was allegedly sent without authorisation to request diplomatic immunity for then-Premier Andrew Fahie shortly after his Miami arrest on drug and money -laundering conspiracy charges, police said.

The note — which was printed on letterhead from the Office of the Premier and carried the secretariat’s stamp — was dispatched to the United States Office of International Affairs five days after Mr. Fahie’s April 28 arrest.

The next day, Mr. Fahie’s Miami lawyer, Theresa Van Vliet, filed it in court as part of an attempt to invoke head-of government immunity. Ms. Van Vliet argued that Mr. Fahie was immune from arrest and detention in the US by virtue of his position as VI premier. The letter made a similar argument.

It added that Mr. Fahie had such immunity at the time of his arrest and that he had not waived it. Presenting the diplomatic note and other evidence, Ms. Van Vleit requested Mr. Fahie’s “immediate return and free passage” back to the territory.

The following day, however, then-acting Premier Dr. Natalio “Sowande” Wheatley stated that the letter was sent by a “rogue public officer” without his knowledge or the knowledge of Premier’s Office Permanent Secretary Dr. Carolyn O’Neal Morton.

Dr. Wheatley added that the letter did not represent the VI government’s official position, and he said that Dr. O’Neal Morton was working with Deputy Governor David Archer to investigate the matter. The following week, however, Dr. Wheatley confirmed on May 13 that the “rogue” public officer and Dr. O’Neal Morton had both been sent on leave.

Police Information Officer Diane Drayton announced Tuesday that Ms. Christopher was arrested on Monday and charged with breach of trust by a public officer and false assumption of authority. She was granted bail of $5,000 to appear before Magistrates’ Court on Nov. 30, Ms. Drayton stated.
Ms. Christopher’s charges stemmed from the diplomatic note, according to the information officer.

Mr. Fahie, along with former BVI Ports Authority Managing Director Oleanvine Maynard and her son Kadeem Maynard, are set to go on trial in January. The trio were indicted by a Florida grand jury on May 10 for conspiracy to import a controlled substance, conspiracy to engage in money laundering, and attempted money laundering. They are accused of conspiring to import cocaine into the United States.

Mr. Fahie is currently on house arrest in his daughters’ rented apartment in Florida, where he has been since he was released on bail after spending approximately six weeks in custody at the Federal Detention Center in Miami.
His lawyer secured a $1 million bond offer following a month-long battle with prosecutors. He was released on June 13 after his childhood friend and prominent VI businessman Albion “Bobby” Hodge posted a $500,000 bond and satisfied a Nebbia requirement by proving that the money was not the proceeds of crime.

Besides the bond posted by Mr. Hodge, Mr. Fahie was required to post a $500,000 personal surety bond, which was co-signed by himself, his daughters and his friend Devon Osborne. The Maynards were denied bail and remain in custody.

The US currently has more than 133 hours of video and audio recordings included in its evidence against the trio, according to a document filed last month in the Southern District Court of Florida. If played back-to-back, without interruption, those recordings would last for more than five full days