The United Kingdom bill that will force the overseas territories to implement public company registers became law when it received a royal assent on Wednesday afternoon. The amendment requires the …

END_OF_DOCUMENT_TOKEN_TO_BE_REPLACED 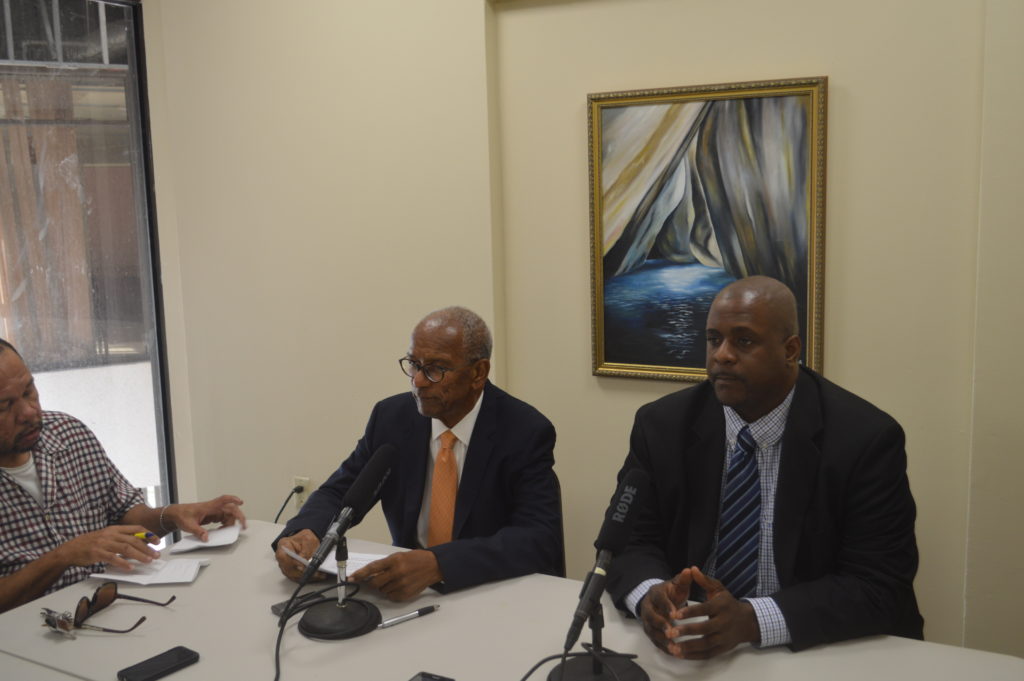 Premier Dr. Orlando Smith and Opposition Leader Andrew Fahie, above, speak at a joint press conference on Wednesday. Both recently traveled to the United Kingdom to lobby against a legislative amendment designed to force the overseas territories to adopt public company registers. (Photo: CONOR KING DEVITT)

The United Kingdom bill that will force the overseas territories to implement public company registers became law when it received a royal assent on Wednesday afternoon.

The amendment requires the UK government to provide “all reasonable assistance” to the OTs in helping them establish registers detailing the beneficial owners of each company registered on their shores.

It also requires the UK secretary of state to prepare a draft order in council by the end of 2020 requiring any OT that hasn’t already done so to establish such a register.

“The government of the Virgin Islands is committed to pursuing all available legal channels to ensure that publicly available beneficial ownership registers are introduced in the BVI only if and when they become a global standard, which would establish a level playing field for all,” Dr. Smith (R-at large) said in a press conference shortly after the assent was given.

Asked to clarify this position later in the press conference, the premier initially indicated the territory would hold off on implementing the registers regardless of UK pressure.

Pressed further on this stance, however, Dr. Smith later said the government would “explore all available legal options” with regards to the potential upcoming order in council. The legislation is unconstitutional, he argued, because governance matters concerning financial services have been devolved to the VI government in keeping with the 2007 constitutional review.

The premier also argued that the law violates the human right to privacy as described in the 2007 VI Constitution.

“If all else fails and we are not able to demonstrate that we have the constitutional right to manage these affairs or the aspect of human rights are not respected and from a legal point of view we haven’t been able to do that, that is that way it goes,” he said. “Then if the British government were to impose an order in council then they would’ve imposed an order in council.”

Asked if that meant there will be a public register in the VI on Jan. 1, 2021, Dr. Smith refused to say.

“Let me put it this way: They would’ve imposed an order in council,” he said. “That’s all I can say at this point.”

Community members have organised a march today to protest the public registers amendment. It is scheduled to begin at 4 p.m. at the Sunday Morning Well in Road Town and end at the Government House, according to Government Information Services.

The premier, other government ministers, and the leader of the opposition have voiced their support for the demonstration.