Public registers requirement will wait until 2023

END_OF_DOCUMENT_TOKEN_TO_BE_REPLACED 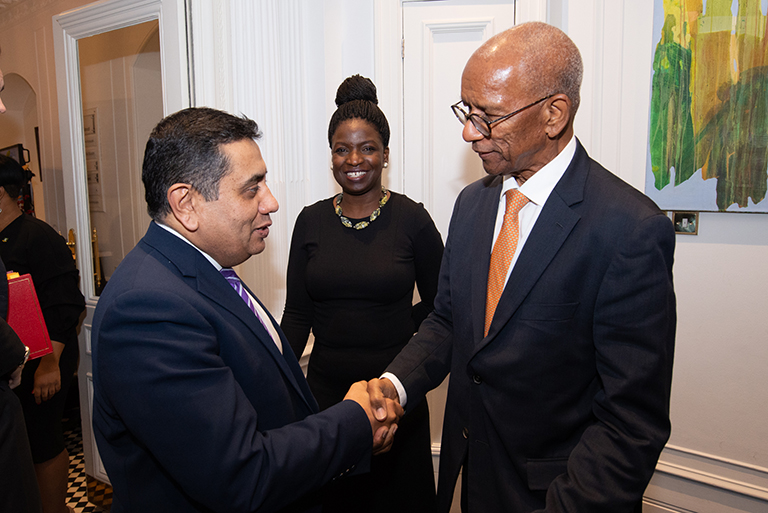 The Virgin Islands and other British overseas territories learned recently that they will not be required to implement fully functioning public registers of beneficial ownership until 2023 — a reprieve from the 2020 deadline announced by the United Kingdom Parliament last spring.

The matter was discussed during a United Kingdom Foreign Affairs Committee hearing last month, and Lord Tariq Ahmad, minister of state for the Commonwealth and the United Nations, explained that the UK will issue an Order in Council to any territories that do not have public registers by 2020, with the “requirement for an operational public register by 2023.”

In May, Parliament passed legislation allowing the UK to order the OTs to implement public registers by 2020.

MP Dame Margaret Hodge, who crafted the original legislation, called the new timetable “a sleight of hand” and an attempt to ignore the will of Parliament.

“It was clear not that that order in council should be introduced in 2020, but the public register,” she said. “We will have to consider what steps are taken to restore what was intended.”

The move, part of the Sanctions and Anti-Money Laundering Act, prompted accusations of colonialism and UK overreach both in the VI and abroad. Still, one OT, Gibraltar, has committed to having a register in place by January 2020.

In May, more than 1,000 VI residents marched through Road Town to protest the legislation, which resulted in a petition being submitted to Governor Gus Jaspert the following month.

The document called on the UK to “stay the decision” requiring public registers until the UK government could reach a fairer agreement in line with the Constitution, and garnered nearly 3,000 signatures.

“I don’t want to second-guess Lord Ahmad’s reasoning; it could have been pure common sense,” she said, adding that she didn’t believe Lord Ahmad was flouting the decision made by Parliament. “According to him, the law will be enacted. As far as the BVI is concerned, our position hasn’t changed. We are still saying that we will enact public registers of beneficial ownership when
it becomes a global standard.”

Lord Ahmad wrote to the “Decision March” organisers in July to express his sympathy for their concerns, saying UK Prime Minister Theresa May was aware of the situation and the problems it presented to OTs, “including with respect to their constitutions.”

However, he also emphasised the importance of complying with the UK’s demands.

Critics of the legislation have claimed business will be lost to other offshore financial centres, some of which have fewer anti-money-laundering and transparency standards than the VI. The territory has been deemed largely compliant with global transparency rules.

“There aren’t many places in the world that have a system like we have in [the Beneficial Ownership Secure Search System],”said Simon Gray, head of business development and marketing for BVI Finance, referring to the system enacted in 2017 that enables the sharing of company ownership information with law enforcement authorities in the UK and VI.

“It’s a good example of why it’s important to wait until there’s a real standard, and we’ll be happy to assist and contribute in making that as effective as possible.”

The VI’s financial services sector generates approximately 60 percent of government revenue, and an assessment from the UK consultancy firm Capital Economics suggested that a public register would lead to a 45 percent decline in the territory’s public-sector revenue, according to government.

Numerous VI residents have called for another constitutional review in the wake of the UK’s decision. Premier Dr. Orlando Smith announced in June that government had appointed the law firm Wither-worldwide and retained both Dan Sarooshi, a UK barrister and Oxford international law professor,and Gerard Farara,a VI Queen’s counsel with expertise in the territory’s Constitution, to consider responses to the register requirement. Government has not said what the lawyers have recommended.

In the hearing, Lord Ahmad said that a level playing field by 2023 “is an objective — an ambition we have set ourselves — but in my personal view, I do not think we will see every territory across the world having public registers by 2023.”

Ben Merrick, director of OTs in the UK Foreign and Commonwealth Office, explained during the hearing that none of the OTs have made their registers public yet, and the UK “will be working through technical and legislative means to help them, in terms of getting those registers.”

Asked to elaborate, he said, “The UK has already been through the process of getting our own register available, so it is about ensuring that the information is centrally held and publicly available.”

Ms. Smith isn’t sure what to expect globally by the time the new deadline rolls around.

“Who knows?” she said. “By 2023 it may or it may not [be a global standard]. We’re not afraid of public registers: We just don’t want to put ourselves at a disadvantage. When it becomes a level playing field, we will be happy to cooperate.”