Government has announced plans to alter the spending habits of the public service in an attempt to shrink costs that account for 78 percent of the territory’s operational expenditure. The …

END_OF_DOCUMENT_TOKEN_TO_BE_REPLACED 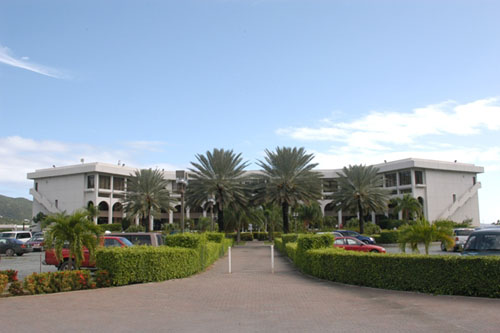 Government has announced plans to alter the spending habits of the public service in an attempt to shrink costs that account for 78 percent of the territory’s operational expenditure.

The projected 2010 budget shows that total operational spending amounts to about $273 million, which gives the government plenty of reason to enforce cuts, the governor said.

“Nobody wants to be employed in an organisation that is bloated,” Mr. Pearey said, adding that incentives to cut external hiring would result in “a gradual shrinkage of the public service by natural wastage.”

The governor described the public service’s $115 million annual operating personnel cost as a “very, very serious” reason for freezing external hiring, adding that exceptional cases would be brought to Cabinet.

Furthermore, departments will be encouraged to combine resources through human resource-sharing programmes.

Advancing with further incentives, the premier announced that effective July 1, no government vehicles would be allowed to be used privately.

“The public will no longer see vehicles on the roads outside working hours,” he said.

He added that currently, 26 government vehicles belong to senior officers, with a total market value of about $250,000. Maintenance fees and gas costs for the vehicles were $57,538 last year, he added.

“Our success depends on a behaviour change,” Mr. O’Neal said, adding that government revenue fell by 3.6 percent this year.

The premier announced that Cabinet recently approved a new policy that requires departments to introduce tighter control over the use of vehicles.

Abuse of privileges would result in disciplinary measures, he added, without elaborating on enforcement details.

Furthermore, a full audit on the inventory of government-owned vehicles will be undertaken to ensure that they are used for official purposes only.

Mr. Pearey also announced an immediate suspension of payouts for accumulated leave, while placing a stop on the carryover of leave balances.

Those who currently have accumulated leave have three years to claim their time.

The governor admitted that the previous practice had enabled employees’ leave to accumulate to extended periods.

Plans are also being hatched to cease the rehiring of retired personnel. Those over the age of 60 will be allowed to retain their positions, but strict measures will be put in place to restrict the hiring of those looking to return to work after retirement, except in special cases.

Furthermore, honorarium payments will be suspended, with exceptional cases brought to Cabinet for approval.  This decision will save government approximately $274,000, according to the governor.

Gratuities for new contract workers will also be reduced from 20 to five percent, subject to Cabinet approval. The governor estimated this would save nearly $250,000.

Association presidents contacted after the meeting said they are happy that increments had not been affected, but they ultimately are unsure how plans to cut costs will be instituted.

“But we’re not hearing tangible plans,” the VICSA president said. “It’s just not about cutting expenditures, but also broadening the revenue base. … We need a strategic plan.”

Such a plan, she said, would take time.

“This is not something that can be fixed in a year. We’re looking to at least three to five years,” she said.

Cecil Hodge, president of the BVI Teachers’ Union, agreed that a solid plan of action should be hatched.

Mr. Hodge added that he has questions about the governor’s plan to implement “natural wastage.”

“We don’t know what that means,” he said. “The service is too big, but what is the right size for us? That will have some serious implementation as to what strategies are going to shrink us.”