PVIM doubles down with rallies, outreach

Election candidate Jose de Castro would like the government to build condominiums to sell for $250,000 to Ninth District residents, who could then rent them to tourists for $600 per …

END_OF_DOCUMENT_TOKEN_TO_BE_REPLACED 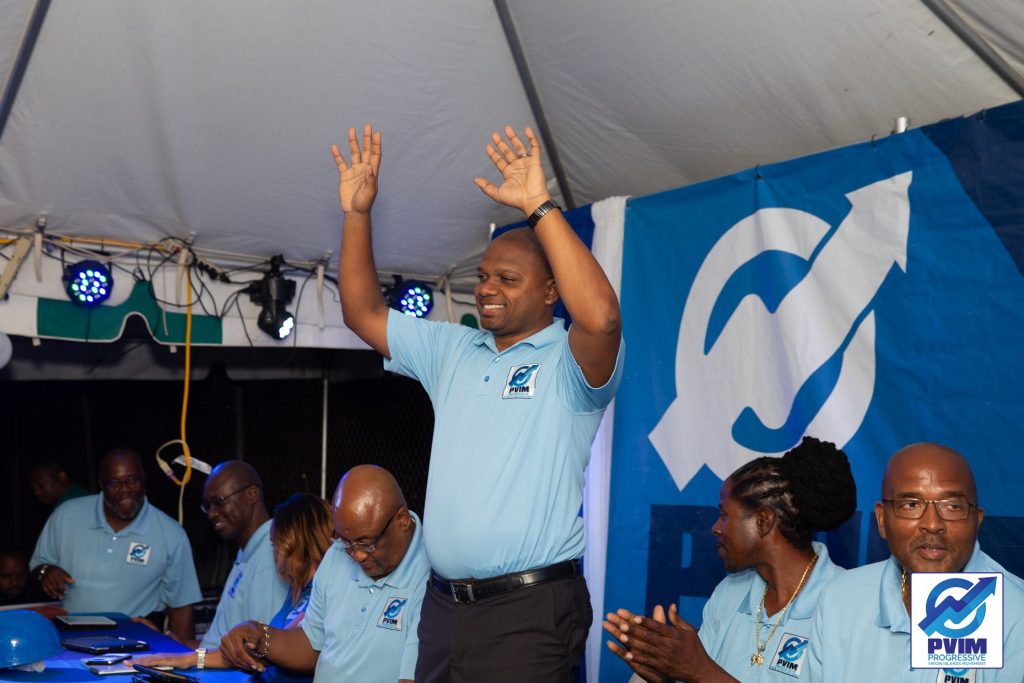 Election candidate Jose de Castro would like the government to build condominiums to sell for $250,000 to Ninth District residents, who could then rent them to tourists for $600 per night, he said during a rally with the Progressive Virgin Islands Movement on Saturday in The Valley, Virgin Gorda.

“We can build apartments faster than they will rebuild hotels,” said Mr. de Castro, the government’s former chief architect. “I’m offering true empowerment.…You can invest in our tourism product and become wealthy.”

The rally was one of several events hosted by the PVIM as it cranked up the pace of its campaigning over the past week, holding rallies in districts Six, Seven and Nine; a community meeting for districts Seven and Eight; outreach activities on St. John and St. Thomas; and a radio show, among others.

Mr. de Castro used his time in the spotlight to propose new ways to boost employment in the Ninth District. “We can’t continue to import labour and have unemployment for our young people,” he said.

On Sunday Karl Scatliffe appealed to Spanish-speaking voters at a rally in Long Bush for his PVIM candidacy for District Four.

He started off by proposing a database of district residents to get to know all his constituents, including those who speak Spanish, he said.

Mr. Scatliffe also suggested a programme to train and hire bilingual people to assist taxi drivers in giving tours to visitors who might not know English.

He went on to suggest a community learning centre, a cleanup crew to remove old vehicles and trees, and a bus depot.

The PVIM’s at-large candidates touted their legislative priorities at a rally on Friday at The Stickett in the Seventh District, where the party is not fielding a candidate, as party leader Ronnie Skelton acknowledged in his speech.

Lesmore Smith spoke at length about improving care and services for the elderly, particularly by prioritising Alzheimer’s disease and dementia as national health problems.

“We can no longer accept general practitioners performing the role of neurologists and mistaking the early warning signs [for] the normal path of aging processes,” he said.

Shaina Smith touched on the importance of implementing electronic filing systems for government services — such as passport and trade licence renewals.

Those systems are particularly important, she said, for residents of sister islands who frequently have to travel back and forth to Tortola.

Curnal Fahie, who touted his Long Look roots, proposed a skillset registry in each district, which could help notify people when job opportunities are available, help train young people in areas that are lacking, and help respond to disasters.

“This will enable us to ensure that we have all the skills we need to build a self-sufficient Seventh District and a BVI territory,” he said.

Meanwhile, 284 Media continued its series of interviews with political candidates, including a segment at the end in which the interviewer asks the subject to say “yea or nay” to the legalisation or decriminalisation of marijuana, gay marriage and abortion.

Mr. de Castro said he supports legalising marijuana, but not gay marriage or abortion. Ms. Smith and Mr. Fahie said no to all three.